An economic impact study released today by the South Carolina Council on Competitiveness shows that the annual economic impact of the state’s aerospace industry has grown to $19 billion, an increase of $2 billion since last measured in 2014.

The study found that for every 10 jobs created in the private sector of the aerospace cluster, another 13 jobs are created across the state, according to a press release. 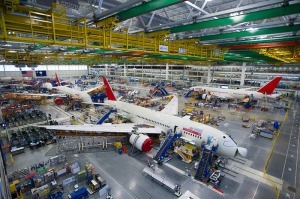 “The aerospace industry cluster continues to outpace the state average in terms of employment growth, and it continues to grow at a rate comparable to the automotive industry cluster,” Ann Marie Stieritz, president and CEO of the council, said in a press release. “This is a clear indication to us that the aerospace cluster will continue to put our state and our citizens at a competitive economic advantage.”

The study also found that the average wage for private sector aerospace workers was $70,000 per year, 69% more than the state average of $41,338, and the annual manufacturing sector wage of $53,350.

“The state’s aerospace industry is soaring, taking South Carolina and its economy to new heights,” S.C. Secretary of Commerce Bobby Hitt said in a statement.  “More than 30 aerospace companies have announced a new location or expansion in South Carolina since 2011, bringing several thousand new jobs to our state and making a statement that South Carolina truly is ‘just right’ for aerospace.”

The study also showed that the industry is diversifying and trending towards sustainable growth, said Joey Von Ness, research economist at the University of South Carolina’s Moore School of Business.  “We see that the majority of firms continue to be small businesses with fewer than five employees.  We also see growth - not just in aircraft manufacturing, but also in engine manufacturing, instruments manufacturing and other types of firms.”