USC professor leads quest for the lost flavors of the South

When diners at Terra restaurant in West Columbia sample a distinctive dessert featuring a local pumpkin variety few have ever tasted, they’ll have David Shields to thank.

The Dutch Fork pumpkin is one example of once-indigenous ingredients that Shields, a University of South Carolina professor and chairman of the Carolina Gold Rice Foundation, and like-minded colleagues are reintroducing in places where they once flourished before succumbing to the demands of industrialization. The foundation’s namesake grain is one of its most well-known success stories, but Shields travels the globe, poking into agricultural nooks and crannies in search of others. 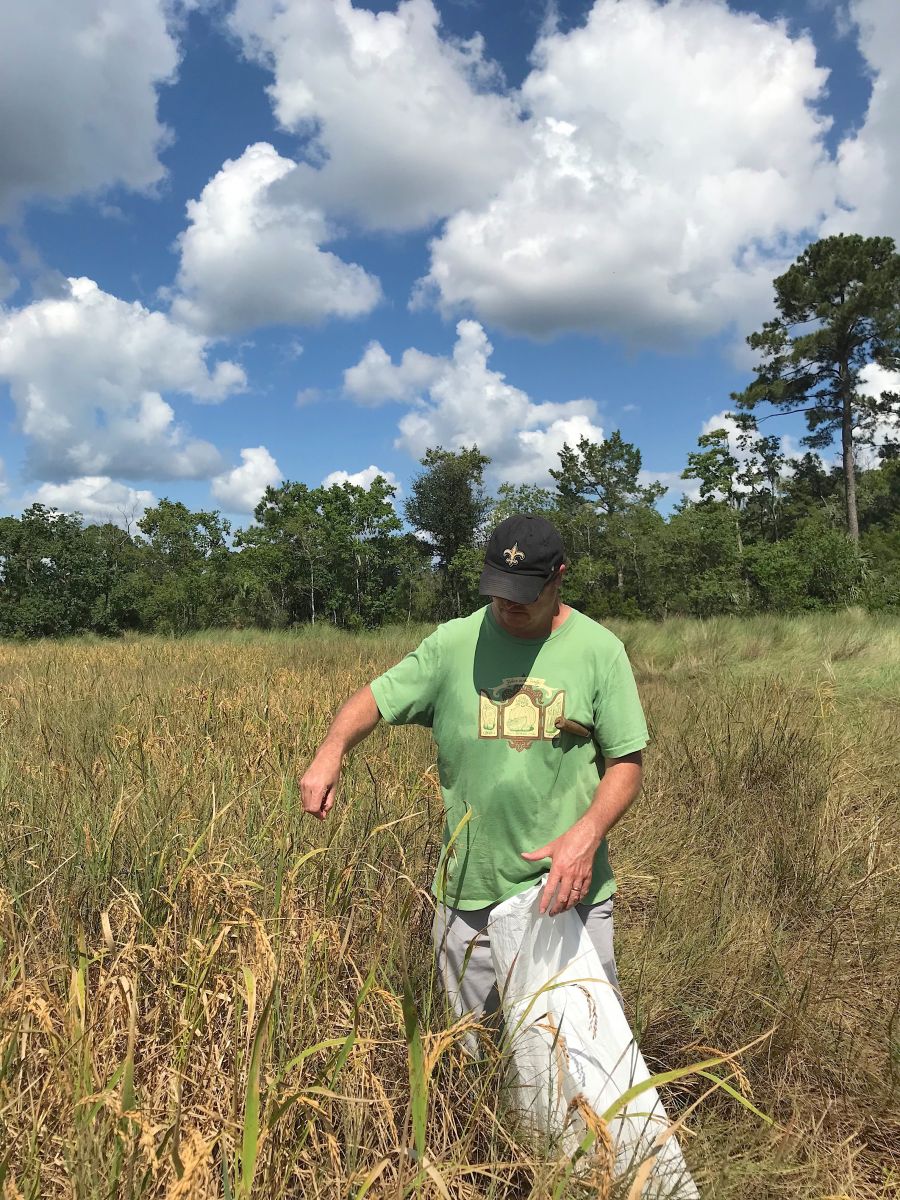 “He’s like the Indiana Jones of Southern food,” Terra head chef Mike Davis said. “He goes and finds these things. It really is remarkable that he can track them down.”

The search for flavor

The gustatory odyssey began in 2003 when Shields, an English professor who has published numerous works detailing the history of regional food, was approached by Glenn Roberts, founder of Columbia artisanal mill Anson Mills, at a Charleston conference exploring Lowcountry cuisine.

“He informed me that it was no longer a cuisine,” Shields said. “It had declined to a potpourri.”

This was not news to Shields. As South Carolina chefs joined a growing movement in the 1980s to showcase local ingredients, Shields said, they encountered a problem.

“They had all of the old recipes that had been passed down, but the oldest generation of diners told them that the hoppin john, the shrimp and grits, were flavorless,” Shields said. “The chefs looked into it and they found that all of the ingredients which the classical recipes had called for were no longer grown in the Lowcountry, except for okra and collards.

“The chefs sort of pleaded for the return of all the classic ingredients, but the problem was that so much had been lost in the last half of the 20th century that we didn’t even know what had to be restored.”

That included Carolina Gold rice, a long grain with a rich, starchy texture that was once a staple of Southern cooking. Roberts’ mother, who grew up in the Lowcountry, used Carolina Gold to make delicacies such as the rice bread her son remembered fondly but could find nowhere.

“If you want to reduce the Southern ethos down to one thing, it would be Carolina rice bread,” said Roberts, president and CEO of the Carolina Gold Rice Foundation. “When I met David, there was no place you could go to buy rice bread.”

A mention of this sparked Shields’ curiosity, and he applied his researching and writing skills to the topic. He and Roberts founded the rice’s namesake foundation to advance their shared mission of sustainably restoring heirloom Southern agricultural products such as the Bradford watermelon, an intensely flavorful melon with one key flaw.

“It had a tender rind, so they couldn’t ship it as a shipping melon after the Civil War,” Shields said. “They started breeding watermelons that had the hide of a rhino and crossed it with the Bradford.”

Shields spent three years pouring through seed catalogues and agricultural literature to find other such stories of once-prolific foods that had seemingly vanished.

“In 2006, I came up with a list of about 45 key ingredients for Lowcountry cooking. It turns out that all of these things are functionally extinct,” he said “Beginning with Carolina Gold rice, one by one, we have brought them back, and these are the ingredients which the Southern cooking revival of the past decade has been built on: the Bradford watermelon, the pride of the Lowcountry; Virginia red corn, which the whole artisanal bourbon movement is built around; various varieties of grits.

“We would go as far away as Trinidad to collect some of these things.”

Sometimes, though, Shields found the treasure he sought closer to home.

“The week before Thanksgiving last year, we went up to Landrum,” Shields said. “In the hands of this 95-year-old farmer, we found one of the great missing corns, the one corn that had come out of Thomas Jefferson’s circle. It was Cocke’s Prolific. The farmer had been growing it since the 1950s.”

Named for creator Gen. John Hartwell Cocke of Bremo Plantation in central Virginia, the field corn’s stalks produced at least two to four cobs each, double the average yield of other varieties. That made it immensely popular throughout 1880s, according to an article on the Carolina Gold Foundation’s website, but the corn disappeared after World War II.

Shields searched for the corn for three years before finding the Landrum grower. The corn is now being reintroduced and has returned to its roots.

“Monticello is growing it,” said Shields, who snapped a picture of his find during a visit to a September harvest festival at Jefferson’s home outside Charlottesville, Va. Shields took pride in that moment, as well as enjoyment from the spoonbread he made from the corn.

The value of taste

Shields has also tracked down the Carolina African runner peanut — “the ancestral peanut of the South,” he said — brought to the U.S. in the 1600s by West African slaves and unearthed in North Carolina State University’s seed archives. The small, oily peanuts, sweeter than their well-known Virginia counterparts, are of special interest to Terra’s Davis.

“My family in south Alabama are peanut farmers,” Davis said. “I would like to get my hands on some and mess around with them here.”

On a recent autumn afternoon, Davis and his kitchen staff brainstormed how to use the Dutch Fork pumpkin, a gourd indigenous to the Midlands that Shields and others are currently trying to reintroduce.

“We literally just cut into it last night. I drank some of the juice,” Davis said. “It’s really super-full flavor, sweet right off, and not quite as starchy as squash or some of your other pumpkins that you might encounter. I had never heard of anything like this.”

Davis speculated that the pumpkin would end up in a take on rice pudding, providing his customers with a unique culinary choice.

“We have regulars that are into that kind of thing,” Davis said. “People are inquisitive. They want to know more about it, and they’re willing to try it and pay a little bit more money. If I have to go dig something up that’s very hard to find and a little bit rarer, they’re hip to try it, so we like to offer it.”

Davis has been to the rice field between Beaufort and Savannah, where Carolina Gold now flourishes, hand-harvesting the grain with a sickle. His two hours of work produced around a pound a half of rice once it was milled, he said. 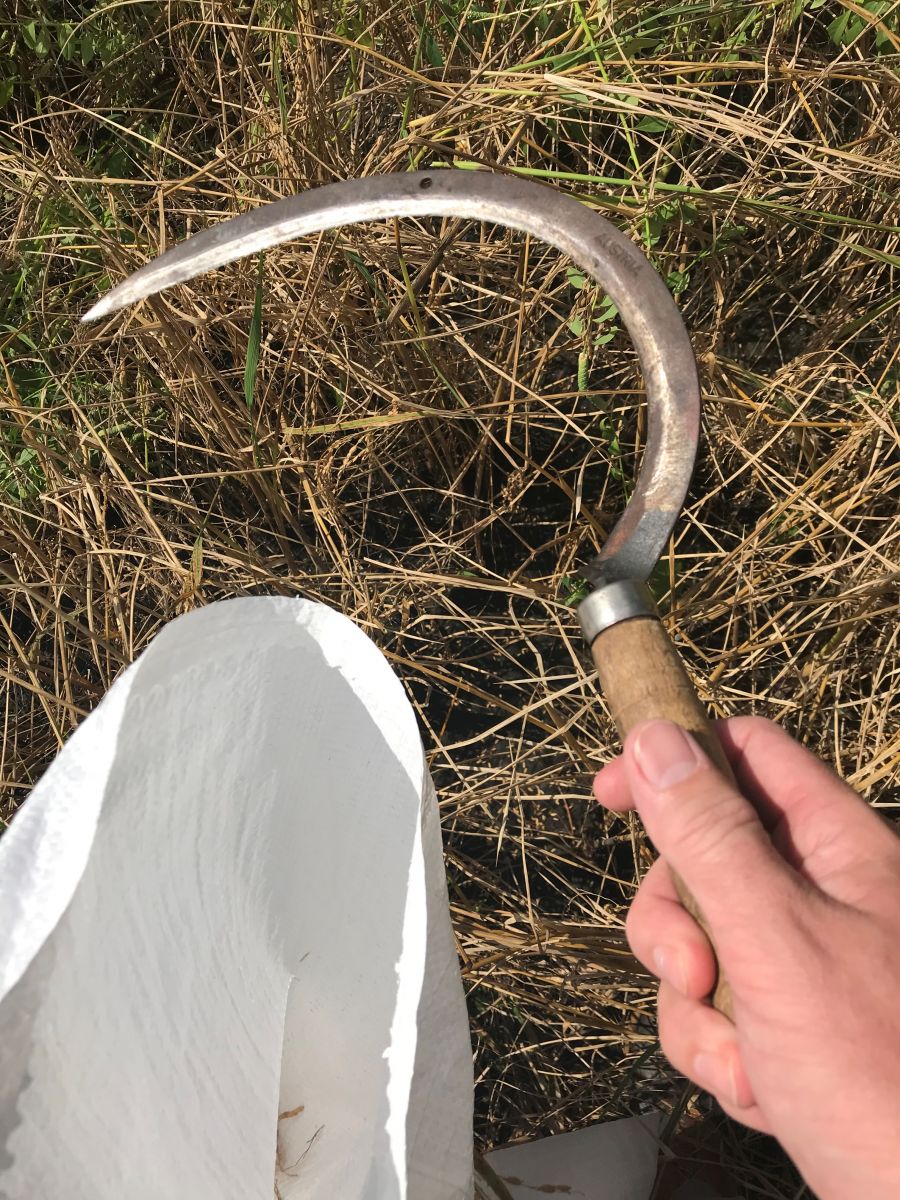 “Just to see where it comes from and how it’s grown and the labor that goes into it … it just gives me passion and stokes my fire to continue to want to push with it and see what we can we do differently with it,” Davis said. “As a chef, things with very high flavor and with a history with our region are things that intrigue me. We want to try to search them out — well, David is the one that generally searches them out.”

Roberts, while pleased Fields’ efforts have returned the rice bread of his memory to bakeries from Charleston to Charlotte, also appreciates the commercial implications of his colleague’s finds.

“It doesn’t do any good to discover something that’s extinct that doesn’t impress someone in nutrition or flavor,” Roberts said. “David had the good luck and the palate to identify these things one by one.”

Shields said there are benefits to reintroducing indigenous ingredients to the South that go beyond giving customers something new to taste, including diversification as crops such as soy beans and corn become increasingly squeezed by global production. And Roberts said sustainable reintroduction has long-term implications for future food production.

But it’s still mostly about the thrill of the hunt for Shields, who remains hot on the trail of a variety of sweet-sour strawberry grown in the 19th century South.

“He’s an intrepid explorer,” Roberts said. “Nothing is ever really gone, and David, being a historian of extreme confidence, is living proof. The word extinct doesn’t exist in his vocabulary. He looks until he finds it.”