When the light came flooding in, it brought relief for Justin Lucas.

Lucas, senior project architect at Columbia design firm The Boudreaux Group, oversaw the painstaking renovations to his company’s new building at 1519 Sumter St. and is doing the same for the connected boutique hotel being carved out of two historic buildings at 1222 and 1224 Taylor St. 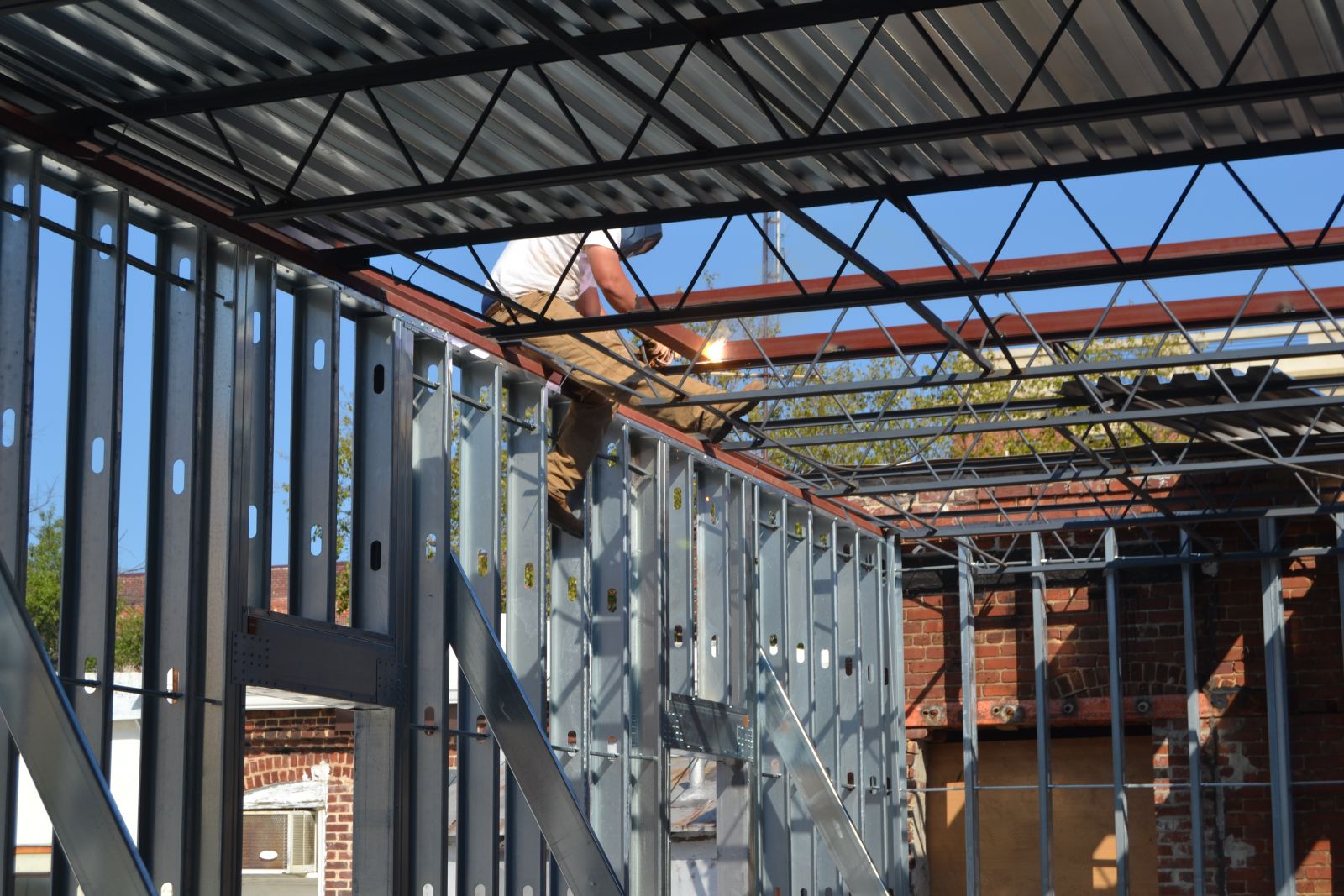 The dual 23,000-square-foot project is an ambitious one, seeking to restore vibrancy to a neglected downtown block. The project began taking shape last fall, when the plans drawn up by developer Sumter Group LLC received city, state and federal approval and qualified for tax credits under the Bailey Bill, a state law that fosters restoration of historic buildings by fixing their tax assessments at pre-rehabilitation values for 20 years.

But the first in-depth glimpses at the Sumter Street building, built in 1920, set to house The Boudreaux Group’s new office, proved dispiriting. Abandoned for decades after Powell Furniture left in the 1980s, the structure had suffered extensive water damage from leaks pockmarking the ceiling, and a coat of gray paint slapped on at some point had obliterated its white stucco finish.

“It was in really bad shape when we found it,” Lucas said. “But the bones were good. If the foundation is good, everything else can be fixed.”

“It was very dark in this space,” Lucas said. “When the light finally came in, it was really dramatic. Seeing the quality of the light just illuminate the space – that was when we started to get excited.” 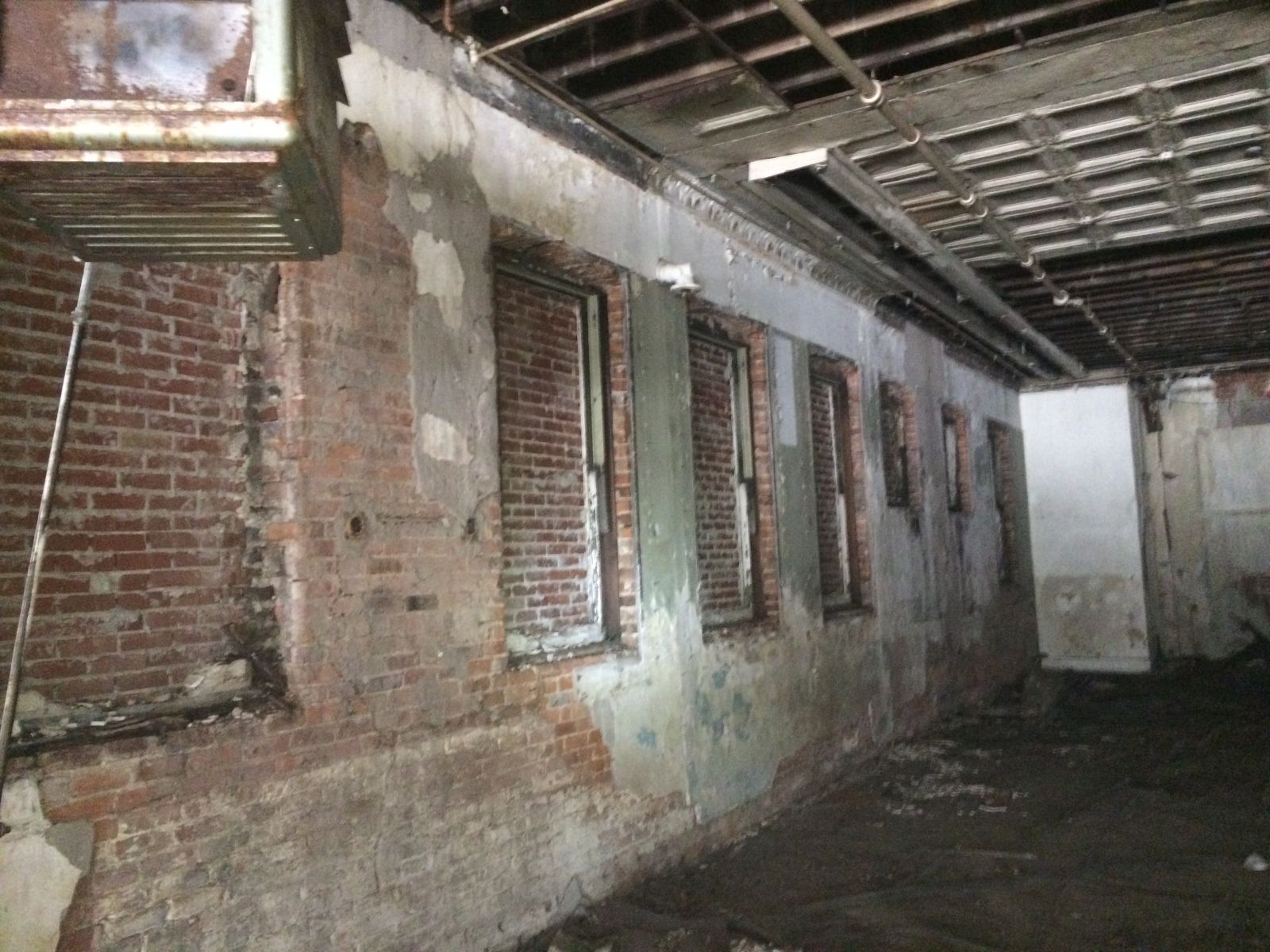 The front-facing windows have six panes on top and one on the bottom. Every detail of their construction was scrutinized to be sure they met stringent Bailey Bill requirements. Design decisions had to pass muster with the city, the State Historic Preservation Office and ultimately the National Parks Service.

“They do their best to ensure that the character-defining elements of historic buildings are retained to the greatest extent possible,” Lucas said. “Another thing they regulate pretty heavily is making sure you don’t create a false sense of history with anything you do. Architects can come in and install things that look historic but were not original to the building, and then people think, ‘Wow, look at this historic thing,’ but actually it’s all fabricated.”

Non-historic design elements had to be readily identifiable. The new side windows cut into the brick, for example, have a row of vertical bricks, called a soldier course, above them, while bricked-up ones that previously existed do not.

“You have to take each historic building element and develop a strategy for how to retain that element but yet integrate all these systems that are usually required by code,” Lucas said. “There’s sort of a mix of the old and the new, and you have to do it in a really careful way. But that’s what gives the space a real richness.”

Celia Mackintosh, lead interior designer on the Boudreaux Group office project, faced similar challenges crafting a décor that met the design group’s needs while adhering to historic accuracy. For example, she said, the tattered plaster that hung from the walls “is a very en vogue aesthetic, but it’s not true to the building. We repaired a lot of things that might have been cool to leave.”

Arresting details abound, from the modern light fixtures that blend with the original second-floor tin ceiling – salvaged and restored piece by piece – to the prism glass refracting copious amounts of light into the first-floor entryway.

“Anything that you see, I can tell you a story about it,” Mackintosh said. 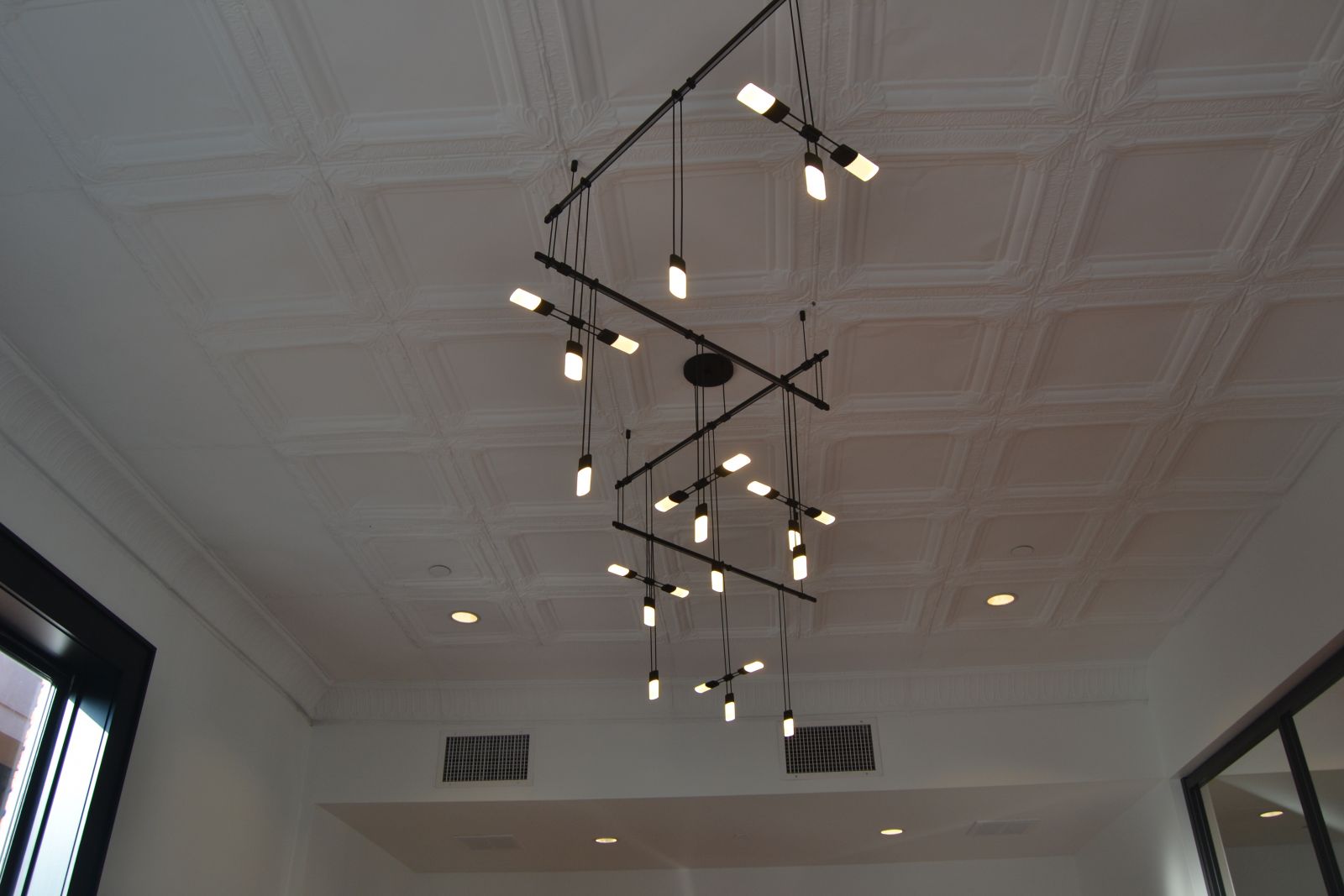 The prism glass is a case in point. It did not exist when renovations began because of the aluminum storefront, but original photos of the building showed it had once been there.

“I found one manufacturer in the United States that still makes replication prism glass,” Lucas said. “Our woodworker did the leading and made the pieces. There are not many historic preservation projects in the world where somebody has tried to replicate prism glass.”

The Boudreaux Group’s studio space is also bathed in light, with two glassed-in meeting spaces stretching up to skylights that fill individual cubicles with sunlight. Towards the back of the office – a later addition to the building that did not have to meet such strict historic design standards – three openings have been cut from the back wall, providing a peek at alleyways and nearby apartment balconies festooned with ferns.

It’s a far cry from conditions at the start of renovations.

“Every urban animal – bat, pigeon, whatever – had taken up residence in here,” Mackintosh said. The project’s budget didn’t allow for wholesale demolition and rebuilding, so the team got creative, adding the openings to create “this neat little urban landscape that you really don’t even know exists in Columbia.”

The Boudreaux Group office sits above part of the boutique hotel that came onboard as a tenant when husband-and-wife investors Marcus Munse and Rita Patel partnered with the Sumter Group. Nine rooms of Hotel Trundle are being constructed on the first floor of the Sumter Street building, and a corridor winds in an L shape to what used to be the Western Auto and Rose Talbert Paints stores facing Taylor Street.

The rest of the hotel’s 41 rooms will occupy two stories in those former businesses, still connected by the remnants of a 24-inch thick wall that joined the buildings. The second floor has been added as part of renovations that also must follow historic guidelines. 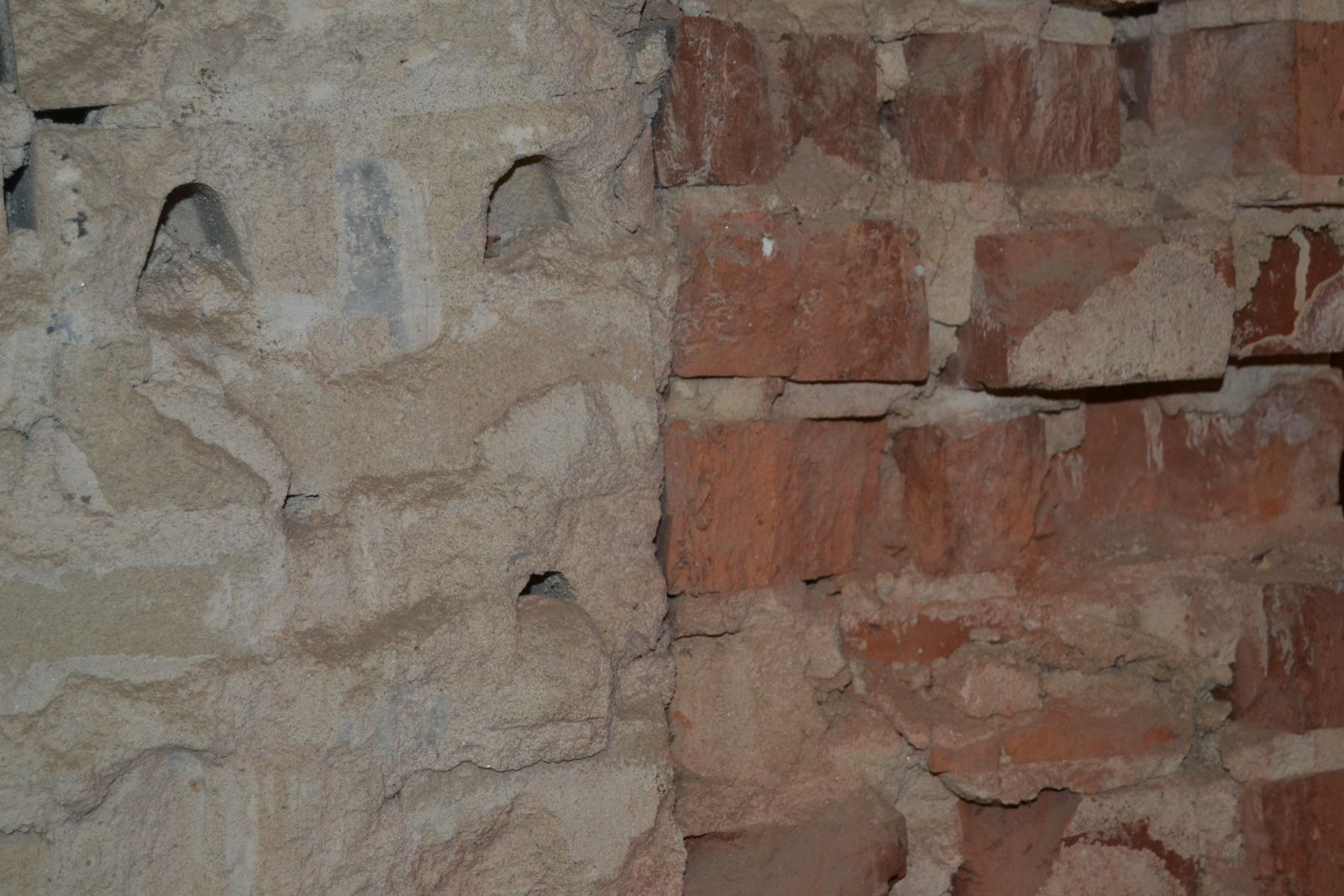 “You see things that you really want to do – like it would be cool to have that beam exposed – but if it wasn’t originally like that, you can’t do it,” Lucas said.

At the same time, the history being so carefully preserved conceals treasures waiting to be unearthed, such as the green granite base of three spectacular windows overlooking Taylor Street in the showpiece room of the hotel.

The attention to detail is evident and constant. During a recent tour, a roofer stopped Lucas to ask a design question. Lucas borrowed a reporter’s notepad and pen and sketched the answer.

While the hotel is slated to open early next year, The Boudreaux Group is already working out of its new office. Its members are happy to be there, even with occasional hammering and drilling providing background music.

“There’s just an energy to it and an excitement to it, and you’re just glad to be here,” said David Wiesendanger, project manager for the firm, which has won numerous historical design awards. “We’re big believers in rehabbing buildings and making sure the historic fabric of buildings in the city is kept intact. This was really great for us as an office to take on this project. Practice what you preach. The same thing we do for other clients, we’re doing for ourselves.”

This article first appeared in the Oct. 9 print edition of the Columbia Regional Business Report.