One of downtown Columbia’s most visible gathering spots may soon look quite different.

The city Design/Development Review Commission approved plans by Columbia-based Quackenbush Architects to revamp Boyd Plaza, the open space in front of the Columbia Museum of Art. The plaza features a fountain and sculpture and serves as a hub for Main Street events such as First Thursdays and Soda City Market. It is currently home to the city’s winter ice skating rink.

The fountain would be redesigned and two new pavilions would be added – one a large, covered structure with roll-down canvas walls that would provide event space, and the other a smaller framework on a raised platform with views of Main Street. 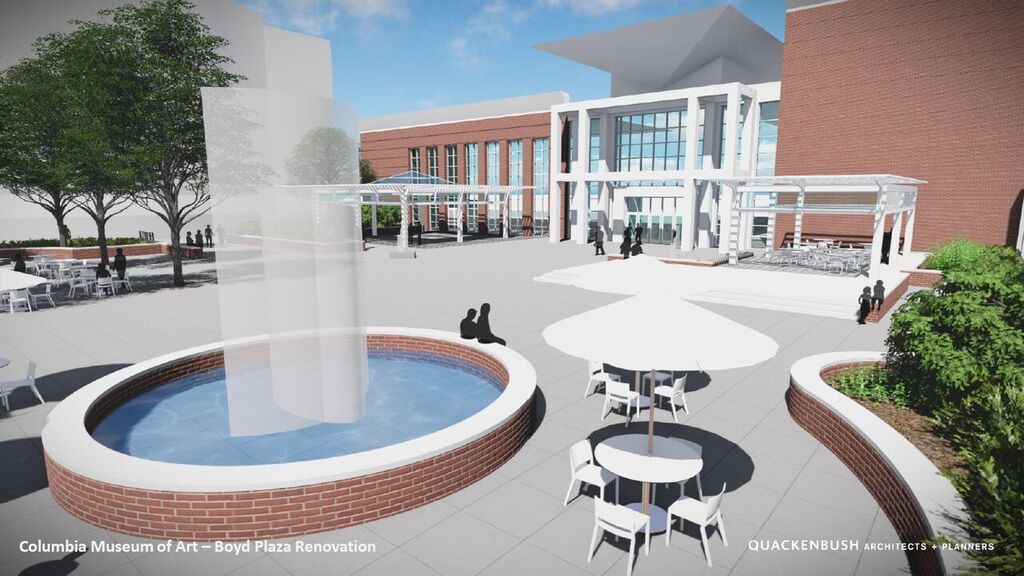 “We decided the plaza really was looking pretty tired and needed to have a major facelift,” George Bailey, president of the Darnall W. and Susan F. Boyd Foundation Inc., said. “There’s a lot of unused space in the plaza now. What we wanted to do was make the plaza better fit into programs that are sponsored by the museum and also make the plaza more inviting and usable – and used – by the public in general.”

The plaza was a gift from Columbia developer Darnall Boyd, who died in 2015, around 20 years ago, Bailey said. He said the foundation created by Boyd and his wife, Susan, has been helping maintain the plaza and began working on plans for its renovation a little more than a year ago.

Additional seating and artistic pieces will be added, with the option of transparent fencing to close off the plaza for private events. The ice rink would likely be relocated. 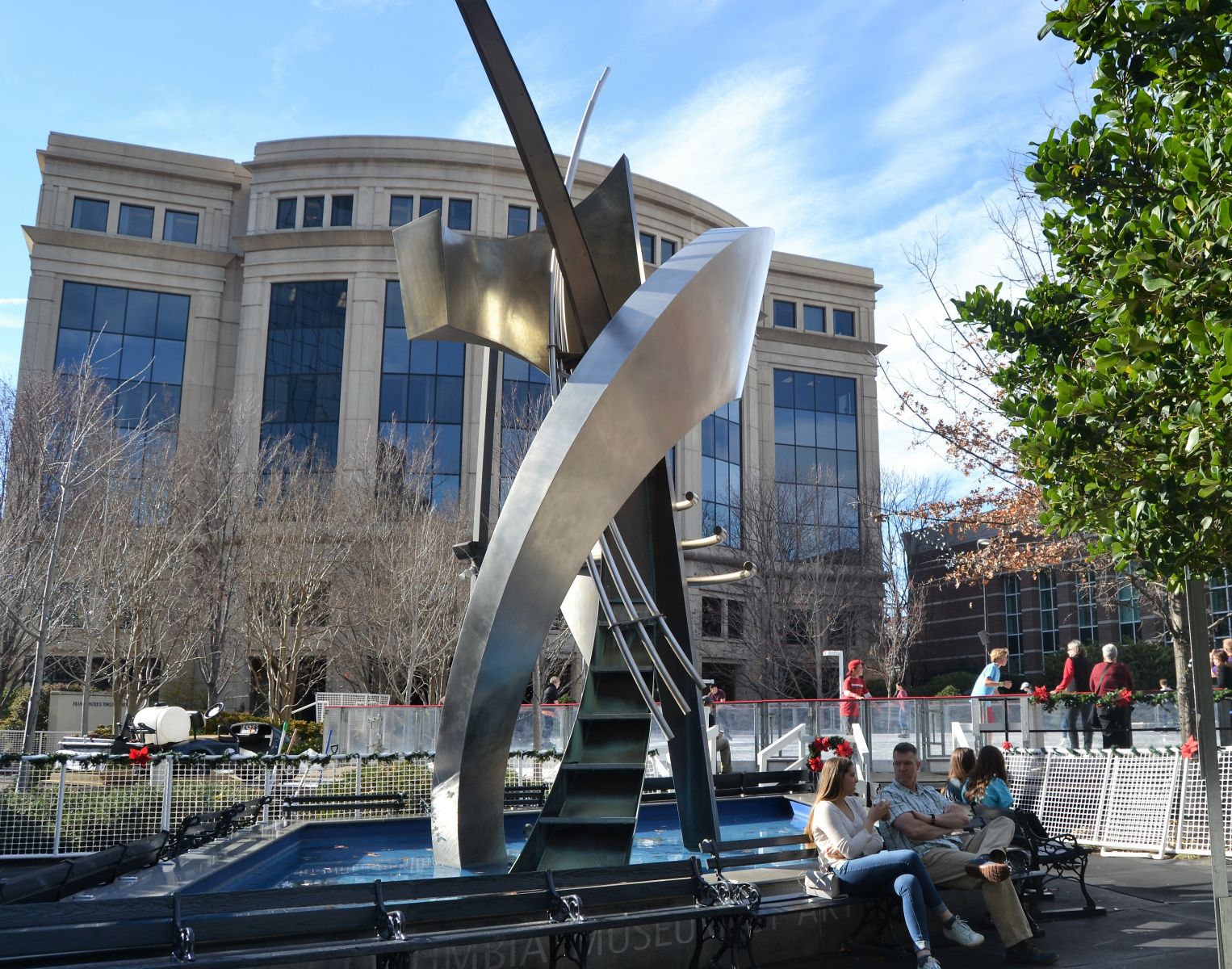 “It’s a matter of pride, given that the plaza is named Boyd Plaza, that it’s something that’s outstanding and not ho-hum,” Bailey said.

Construction is expected to begin in the spring of 2018, and a preliminary study established a budget of $2.8 million. Bailey said the goal is to have the plaza remodeling finished at the same time as ongoing interior renovations at the museum, scheduled to be completed next November.

“Our plan would be to try to roll out the new plaza simultaneously to have one big, grand show,” Bailey said. “What we want to do is make a beautiful centerpiece for downtown Columbia. We think it’s going to be a huge asset for downtown.”