A sleek, industrial event venue, Central Energy, has opened in Columbia’s BullStreet District after years of work to complete and polish the historic reuse project.

The Central Energy building in downtown Columbia’s BullStreet District was once a steam plant — its dark recesses filled with machinery and thick walls shrouding its interior in shadow.

The new Central Energy at 2030 Gregg St. is nearly unrecognizable from its rather grim beginnings. Now the 900-guest event venue features broad windows and vast natural light, soaring ceilings, rolling bay doors and a design that retained some of its industrial accents to pay homage to its origins.

The renovated steam plant has 8,000 square feet of space indoors, complete with kitchen, bars, dance floor and stage, along with 2,700 square feet of outdoor courtyard space. Its bay doors open onto a courtyard which can play host to food trucks, live music and other uses.

On March 7, Central Energy hosted its grand opening celebration, though the venue has been complete for a few months. The renovation was completed by Garvin Design Group and Hammer Construction.

“Columbia has an amazing collection of venues with unique designs and spaces,” said Melanie Murphy, owner and lead designer of By Invitation Only Event Planning & Design. “But events like weddings are very personal things, and people are looking for somewhere cool and different with personality to make their history in. Central Energy is definitely one of those places. There’s no limit to what we can do with this space in an area of town that had been so neglected.” 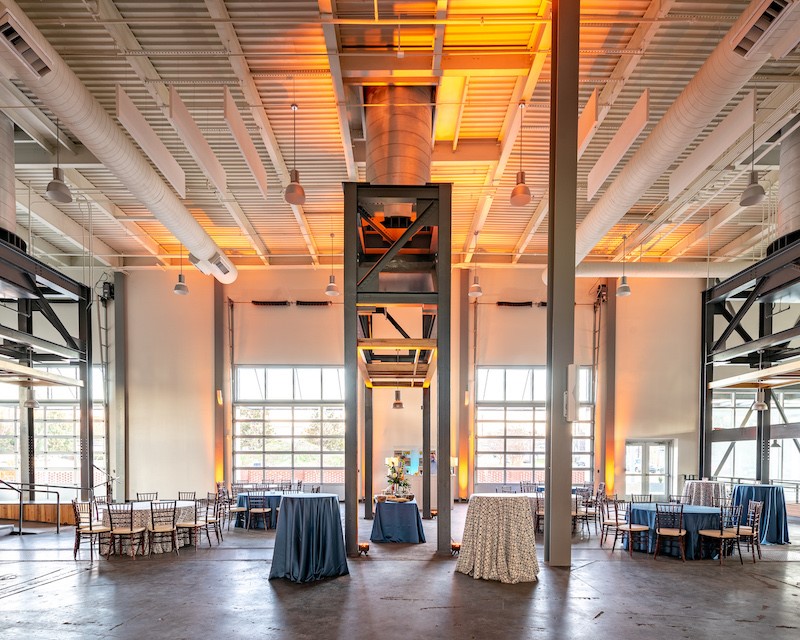 Crawford Pressley, an operating partner for Central Energy and owner of the venue’s in-house catering company, Loosh Culinaire, said the grand opening represented years of hard work and investment with the goal of keeping event business in Columbia.

“There are only so many Saturdays, and we lose a lot of people to other cities because we lack the type of venue space they’re looking for. I think this is a solution,” Pressley said. “I’m fortunate because in my line of business I get to see people at their happiest, and I think Central Energy will be the site of many happy memories to come.”

Project architect Becky Brantley of Garvin Design Group said Central Energy is one of the biggest transformations she’s been part of.

“This was a building never intended to see the light of day,” Brantley said, sitting in a pool of light shining through one of the building’s new windows. “When we first got here, we had to use flashlights to see from one end to another. Nobody expected something this good to come of it.”