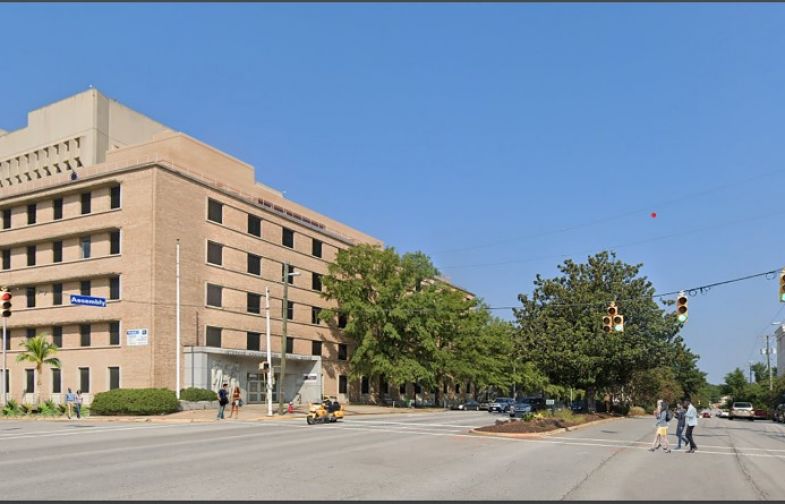 A mixed-use development featuring 83 residential units is planned for the corner of Assembly and Laurel streets. (Image/Garvin Design Group)

A planned mixed-used development at the former Veterans Administration building at the corner of Laurel and Assembly streets could take the next step toward becoming a reality on Thursday.

The city of Columbia Board of Zoning Appeals will consider a request for a parking variance for the planned project at 1801 Assembly St., which will include 83 residences and 23,000 square feet of commercial space. Current city regulations require 119 parking spaces, but Columbia architectural firm Garvin Design Group is requesting a variance to allow zero off-street spaces for the property, which would include five floors of residential apartments, a rooftop bar and pool, and a basement commercial office space.

The property does not allow for onsite off-street parking, according to documents filed with the board, as the building takes up the majority of the parcel. The application notes that “downtown structures often rely on offsite parking to meet demand” and states that “the existing building cannot be redeveloped without a parking variance because the site has no room for off-street parking.”

Justin Etzin, an international developer and the listed owner of the property, is a hospitality entrepreneur and diplomat who previously served as consul general and tourism ambassador to the U.S. from the Republic of Seychelles. He is the owner of privately funded investment and development company Global Ocean Investment and an angel investor who has assisted several startups, according to his website. He is the founder of riverside entertainment venue Altitude London.