When John Carrington founded 3D design and manufacturing company ZVerse in Columbia in 2013, the business’s location presented both challenges and opportunities.

“Most of the investors here are what you would call angel investors and typically come from the real estate world or law or medical (fields),” Carrington said. “There’s not a lot of technology investors, people who have grown technology companies. (And) it is a bigger challenge to recruit somebody who may be prone to work in technology startups to come to Columbia because technology startups — most of them fail at some point, and you can’t just walk down the street and find another one.” 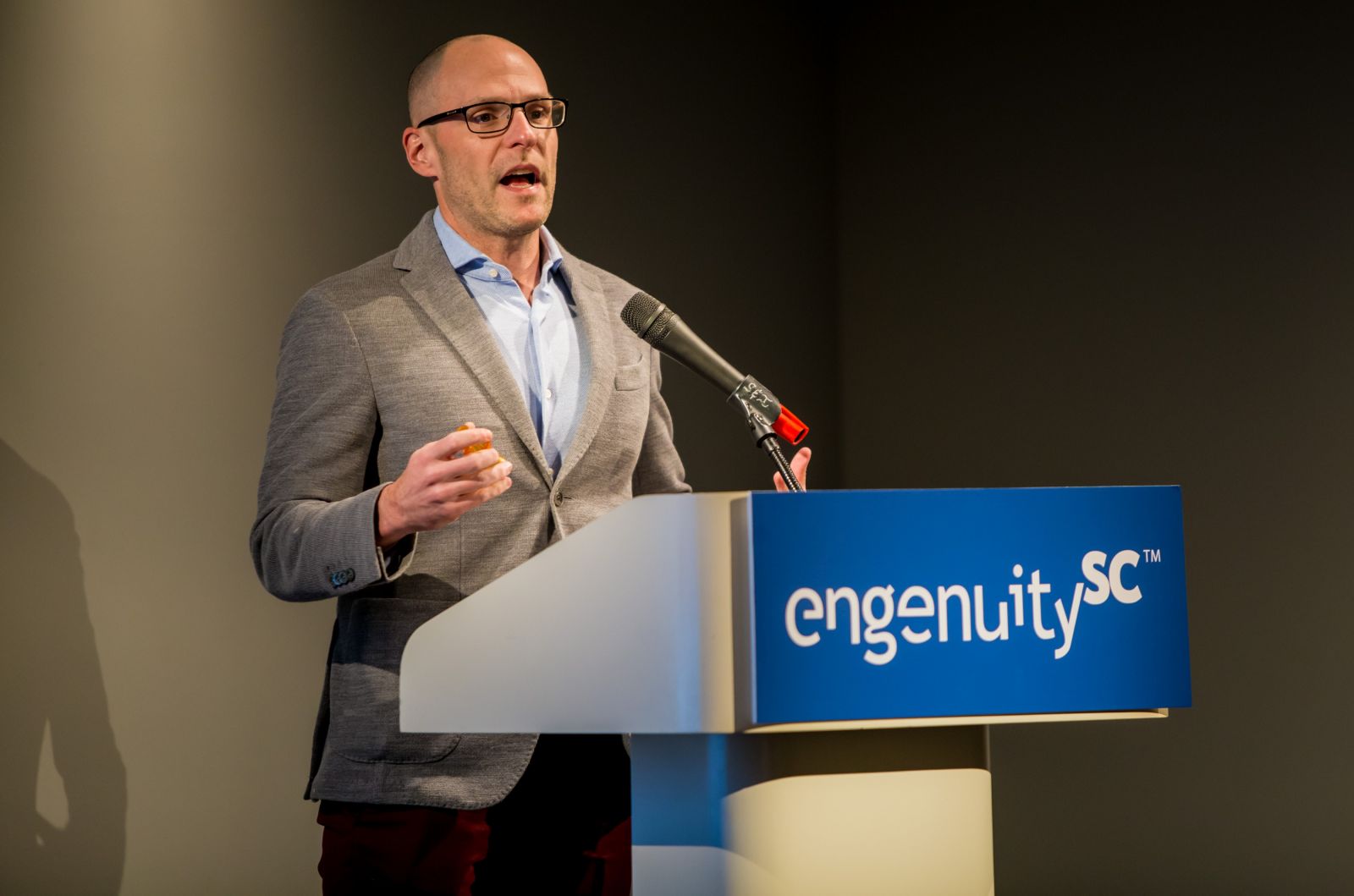 Leaning on a co-founder with experience in taking companies public and emphasizing his startup’s creative atmosphere, Carrington overcame those early obstacles and built a business that he says now retains homegrown talent and while recruiting hires from cities such as Atlanta and Raleigh.

“It’s been pretty easy, in many cases, to get individuals to say ‘OK, I can buy into that. It looks like a good place to live,’ ” he said. “Columbia has been a good place for our company.”

ZVerse’s success was highlighted during Monday’s release of the 2018 Midlands Regional Competitiveness Report. The fifth annual report (.pdf), an initiative of nonprofit entrepreneurial organization EngenuitySC that culls federal data, found that Columbia ranked third among 10 Southeastern cities facing similar economic competitiveness challenges in entrepreneurial and business environment, an improvement of six spots from its ninth-place ranking in that category in 2017.

Columbia’s entrepreneurial ranking — one of five indicators used to measure regional economic competitiveness — benefited from the inclusion of a revised metric, establishment growth rate. But it  would have jumped without the new calculation, said Doug Woodward, University of South Carolina economics professor and director of research at USC’s Darla Moore School of Business.

“We moved some data around to better reflect the entrepreneurial environment,” said Woodward, who led a team of analysts in compiling the report data. “This is really good news for us. … Sustaining these businesses is going to be key to our growth.”

“As we’ve seen in most years with this report, there’s some fantastic news, and there’s some pretty clear areas of need,” Hickman said.

Woodward said Columbia needs more traded clusters, or industries that generate income from outside the Midlands. He also pointed to factors such as long commute times in lowering the city’s livability score.

“We do generally well with cost of living, but so does the rest of the Southeast,” Woodward said. “We’re comparing ourselves and places that really have a high quality of life.”

Improving Columbia’s livability numbers will be the focus of a Midlands Business Leadership Group initiative also announced Monday by MBLG chair John Folsom. The newly created MBLG Coordinating Council, made up of representatives from 53 public, private and civic organizations in Richland and Lexington counties, will be charged with selecting and aiding up to three projects each year that will benefit the region’s economic well-being.

“For years and years, there has been a need in the community to have a single-source vehicle for addressing opportunities in the Midlands,” said Folsom, president and CEO of Colliers International South Carolina. “The business community is at the table. Government is at the table. All of our important civic and community organizations, our educational institutions, are at the table.” 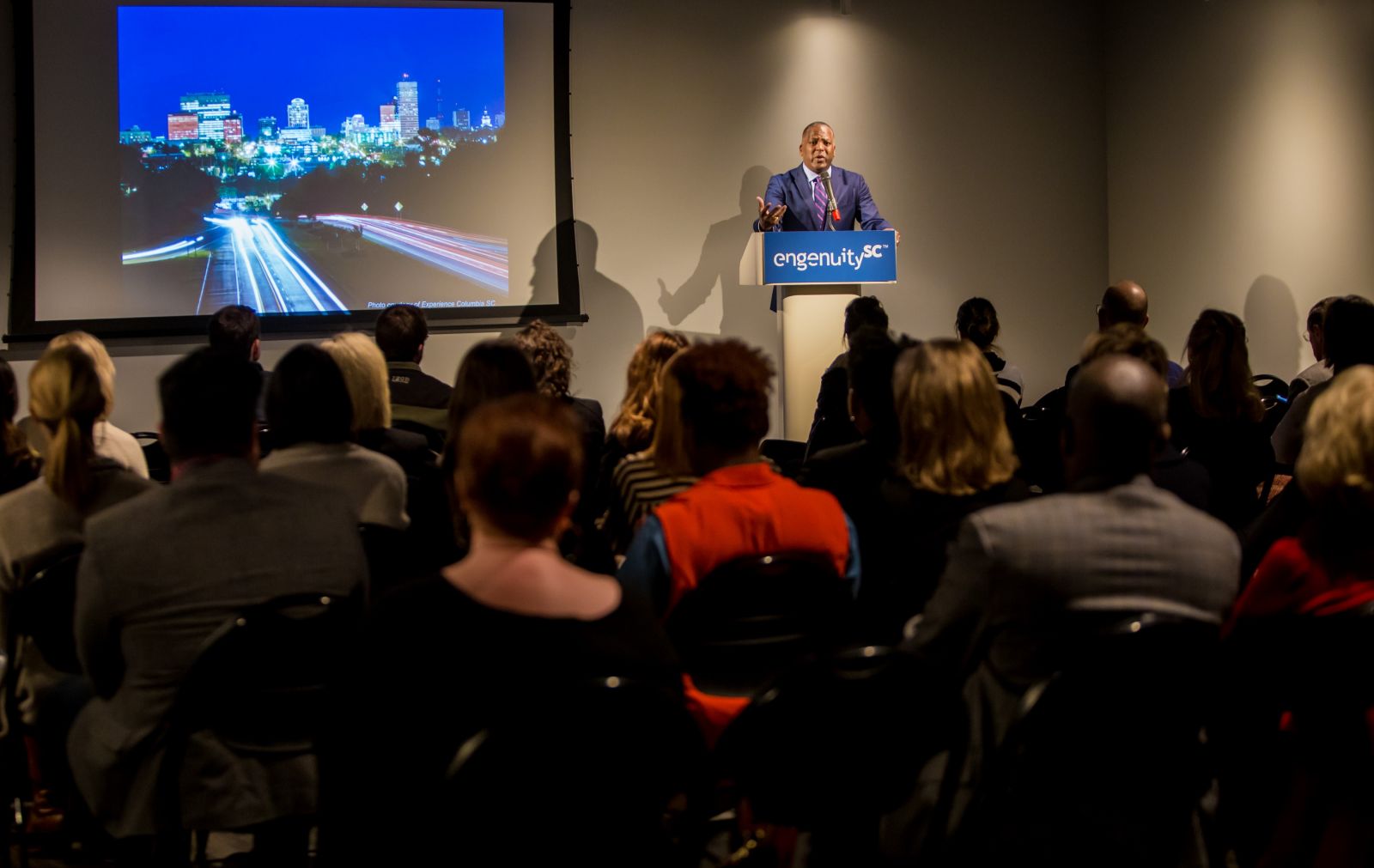 The 2018 report also found that while Columbia showed an increase in the percentage of graduate or professional degree holders, the area generates patents at a lower rate than the national average and saw a dip in research and development funding. Data also showed that Columbia’s share of jobs paying above median household income increased and that growth in its arts, entertainment and recreation industries outpaced the other nine cities.

Monday's release of the report findings kicked off EngenuitySC's Competitiveness Week. A report brochure made available to those attending the announcement at the Columbia Museum of Art was designed and published by Visual Infonomics Group, a division of SC Biz News, publisher of the Columbia Regional Business Report.

Columbia Mayor Steve Benjamin urged “concerted and collaborative action” to make Columbia “the most educated and entrepreneurial community in the country.”

“Find some way to continue to be involved in helping us move the needle,” Benjamin said. “Let’s all become purposeful champions for this region.”