The Mental Illness Recovery Center Inc. of South Carolina, along with several other organizations, hopes a new home at 1813 Washington St. in Columbia will help to solve a small part of that problem. 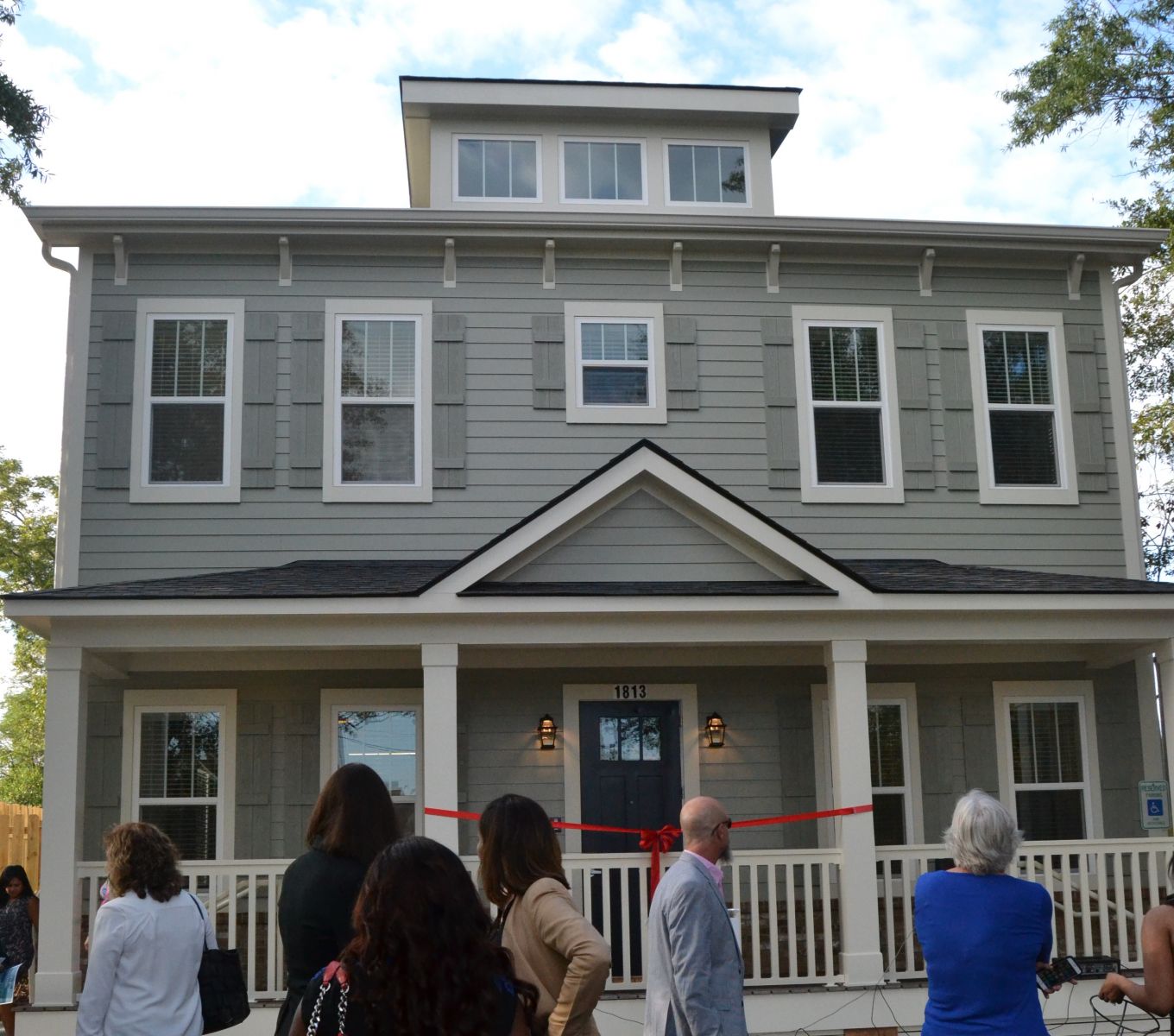 Julie Ann Avin, MIRCI executive director, said the new home will serve 10 young men ages 17-24 who are experiencing or at risk of homelessness.

“This home allows a safe place while these youth complete their education or vocational training, secure employment and prepare to be self-sustaining members of the community,” Avin said. “It will intervene early to prevent homelessness from becoming a mental illness.”

A ribbon cutting for the home was held Sept. 25.

Geoffrey Williams, MIRCI board chair, said the group committed to a strategic plan that identified homeless youth as a growing population in the Midlands.

“There was a need of services,” Williams said. “We knew the only change we could make was by taking action.”

The home, which does not currently have any residents, will used as a transition home rather than a permanent residence.

“What we saw in Columbia was a trend of the younger population that experiences homelessness in a different way,” Avin said. “Teens don’t normally use the adult shelters. Some are connected to their high school and stay with friends. Other are marginalized either by Department of Social Services custody or having just left the Department of Juvenile Justice. They age out and there is no home to go to.”

Avin said many at-risk teens do not develop basic skills such as cooking or washing clothes that other children are exposed to when living with parents.

“This is a family environment. They will rely on each other,” Avin said.

Sara Fawcett, president and CEO of United Way of the Midlands, said her group started focusing on helping teens at risk for homelessness in 2013.

“When we started targeting the youth transition movement in the Midlands, we had zero beds,” Fawcett said. “Now, we have 78 units of housing and shelter beds specifically for this population.”

Mark Binkley, deputy director of the S.C. Department of Mental Health, said a portion of the funding from his department came from the sale of land parcels at the BullStreet development, the former site of the S.C. State Hospital.

Avin said the $800,000 house, including construction and preconstruction costs, was funded by grants and donations. Noise and environmental studies were completed, and the project received approval from Columbia’s Board of Zoning Appeals.

“It’s been three years in the making, and we have been supported by hundreds of organizations,” Avin said.

The house, featuring 10 bedrooms, a full kitchen and a living room, was constructed by The Boudreaux Group and project management firm LCK.

The Administration for Children and Families, a division of the U.S. Department of Health and Human Services, recently granted MIRCI a $200,000 grant for the next three years to fund operations and staffing.