Josh Willoughby’s family is rooted in farming, and he wants to bring a taste of that heritage to downtown Columbia.

Willoughby’s food service company, Willoughby Farms & Foods, is branching out into entertainment venue development, and its first such project is a high-visibility one. The company is behind the transformation of the corner of Main and Lady streets where a demolished building once stood and a popular restaurant closed its doors into Market on Main, a restaurant and entertainment venue Willoughby hopes becomes a downtown destination. 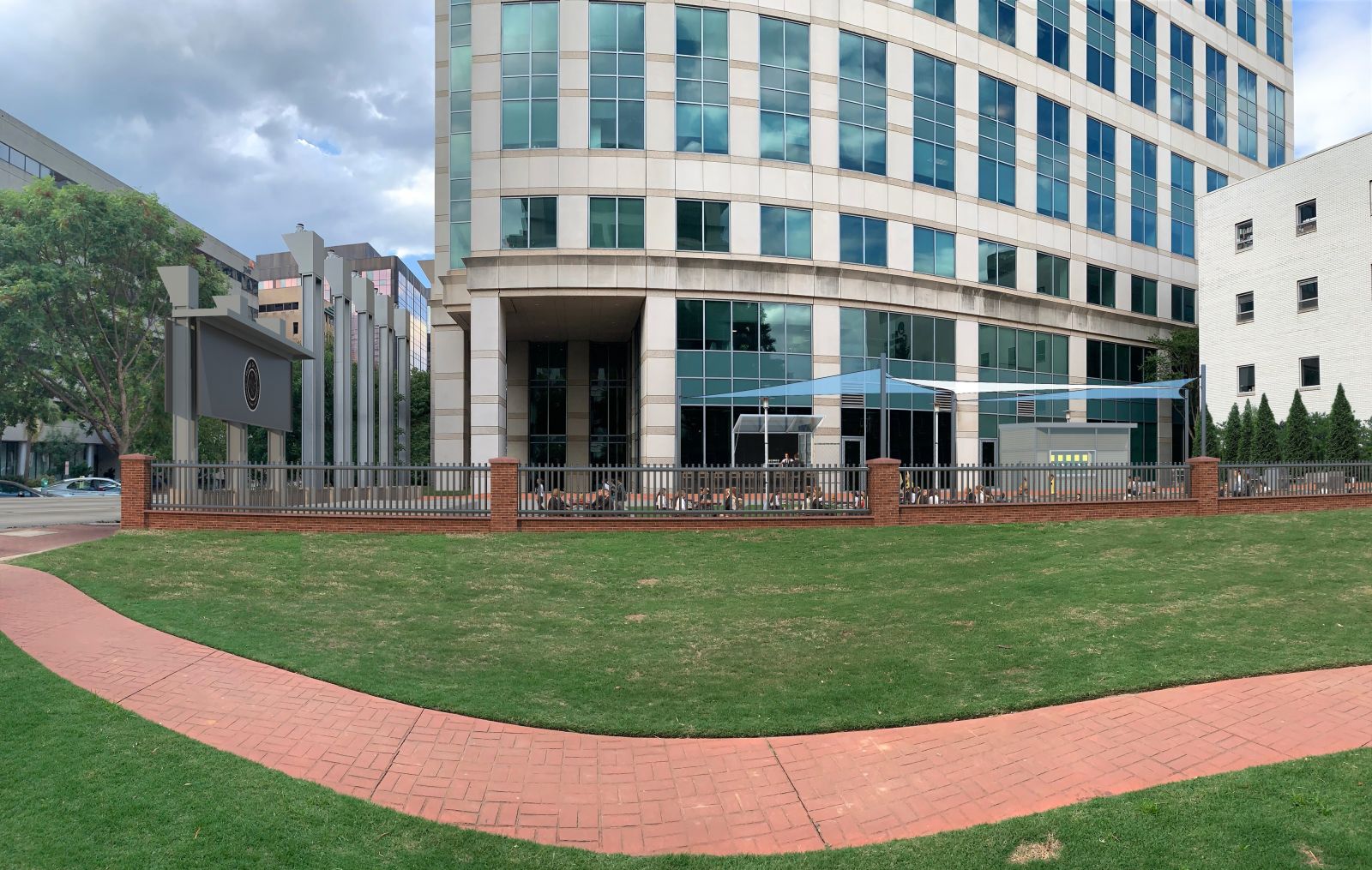 Willoughby bought the former location of House of Fabrics, which vacated its store at 1312 Main St. because of code violations in August 2017. As that building was being torn down, Mediterranean-inspired restaurant Zoe’s closed its downtown location next door a year later.

“We said all right, this would be perfect if we integrated the two properties together,” said Willoughby, who leased the Zoe’s space.

The result, expected to open by the end of November, is an upscale deli and entertainment venue that will offer 18 taps of beer, wine, cold brew coffee and kombucha as well as a local produce and a small selection of grocery items.

“We’re going to have some staple stuff for people that are living nearby — milk, eggs, those kind of things,” said Willoughby, who hopes the concept will appeal to workers in surrounding office buildings as well as residents of downtown developments such as 1310 Lady St., a 109-unit apartment complex slated to join downtown’s growing residential presence within the next year. “We think this is needed. … There needs to be something where they can get the urban provisions that they need.”

Downtown grocer Local Yocal briefly tried to tap into that market a few blocks down at 1712 Main St., but the business didn’t last long after opening in September 2018.

Willoughby said he’s heard from the Main Street lunchtime crowd that the area needs more nearby fresh dining options, and he also wants to provide a downtown showcase for produce from suppliers such as Saluda-based Sylvan Farm and GrowFood Carolina.

He also plans to pay homage to the family members who still farm in Mullins. A mural depicting the family farm will be featured in the back of the restaurant, Willoughby said, which will also feature a wraparound glass deli counter with meats, cheeses and desserts on display, indoor and outdoor bar seating and indoor table seating.

Market on Main’s open-concept kitchen will be presided over by local chef Howard Stevens, most recently of Italian restaurant Sapori in Lexington. Stevens also helped open The Oak Table, a former downtown fine dining restaurant near Market on Main.

“We thought about him for this position because he’s had a lot of experience in what we’re trying to do here,” Willoughby said.

Mashburn Construction is handling the quick-turnaround renovations. Drew Coleman, director of Mashburn’s upfit division, worked on Halls Chophouse, which moved into the former home of The Oak Table at 1221 Main St. last year. 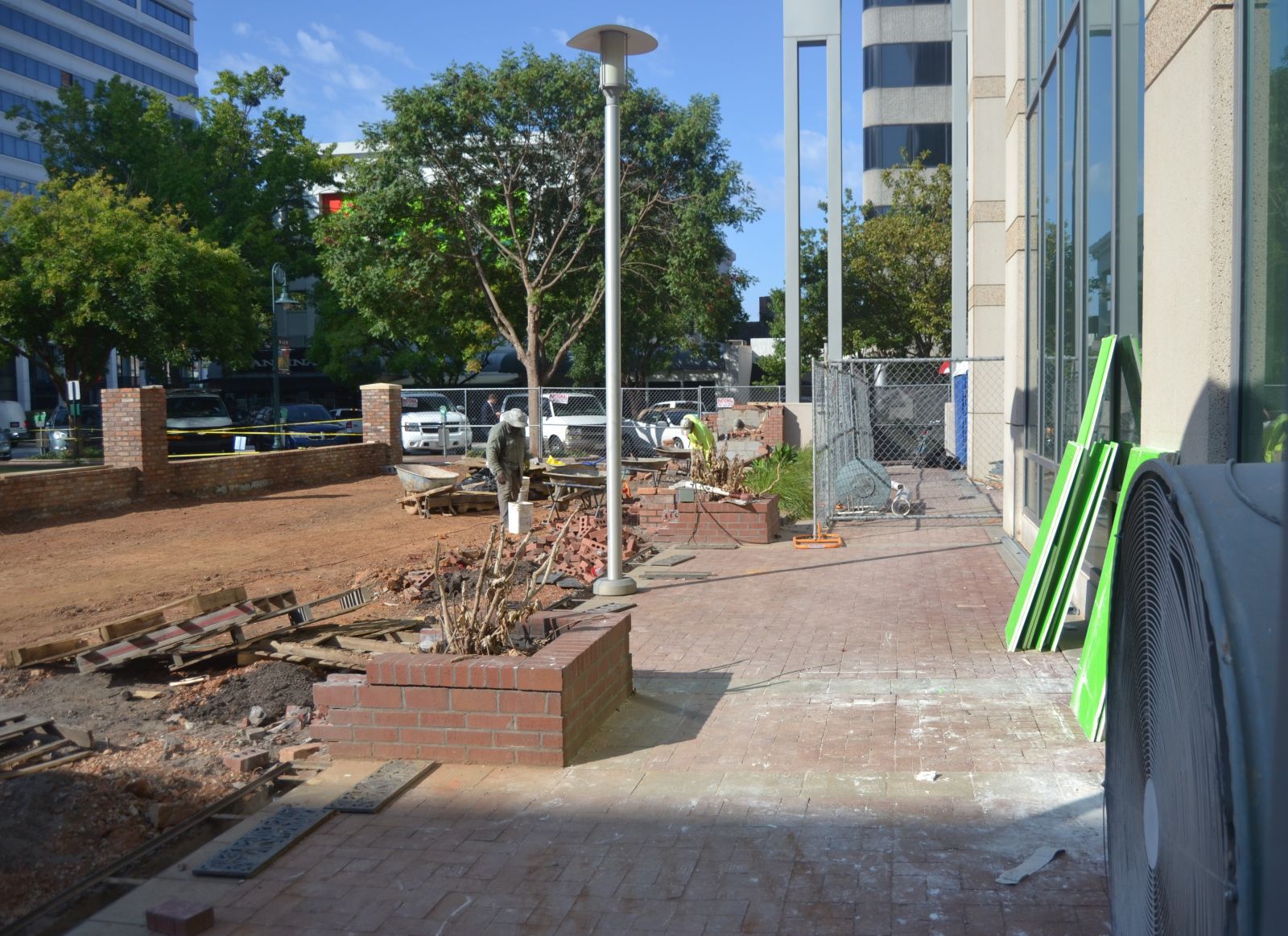 The upfit of Market on Main has added around 1,500 square feet of space, including bathrooms, to the former Zoe’s location, bringing the total interior space to 3,500 square feet. The outdoor patio, which will feature a stage and 20-foot LED television screen, has enclosed the former House of Fabrics property and will abut the green space at the corner of Main and Lady streets.

“We looked across the park and were like, man, this is going to be awesome view,” Willoughby said. “It’s going to be really inviting, a really good community space for everybody.”

Columbia architect Bob Probst is handling the design, which was inspired by similar locations Willoughby visited in Greenville, Charlotte and Dallas.

Willoughby said upfit work is on pace to finish by Oct. 31. Market on Main is hiring staff, which will undergo training before a projected soft opening around Nov. 7 and a grand opening later that month.

“Hopefully we’ll have the screen and everything up for the Carolina/Clemson game,” said Willoughby, who hopes the venue draws both local and tourist foot traffic. “We’re trying to get people to come to Main Street, (make it) more of a destination. …. We think it’s going to be a fixture on the street.”

This article first appeared in the Oct. 7 print edition of the Columbia Regional Business Report.