Once a treatment site for residents of the S.C. State Hospital, the Babcock building at the BullStreet District is slated to be transformed into a luxury apartment complex complete with an outdoor swimming pool.

Clachan plans to convert the Babcock complex and its recognizable spire into 208 luxury apartments encompassing 146,000 square feet of living space. Of those, 128 will be one-bedroom units, 66 will have two bedrooms, and four will have three bedrooms. 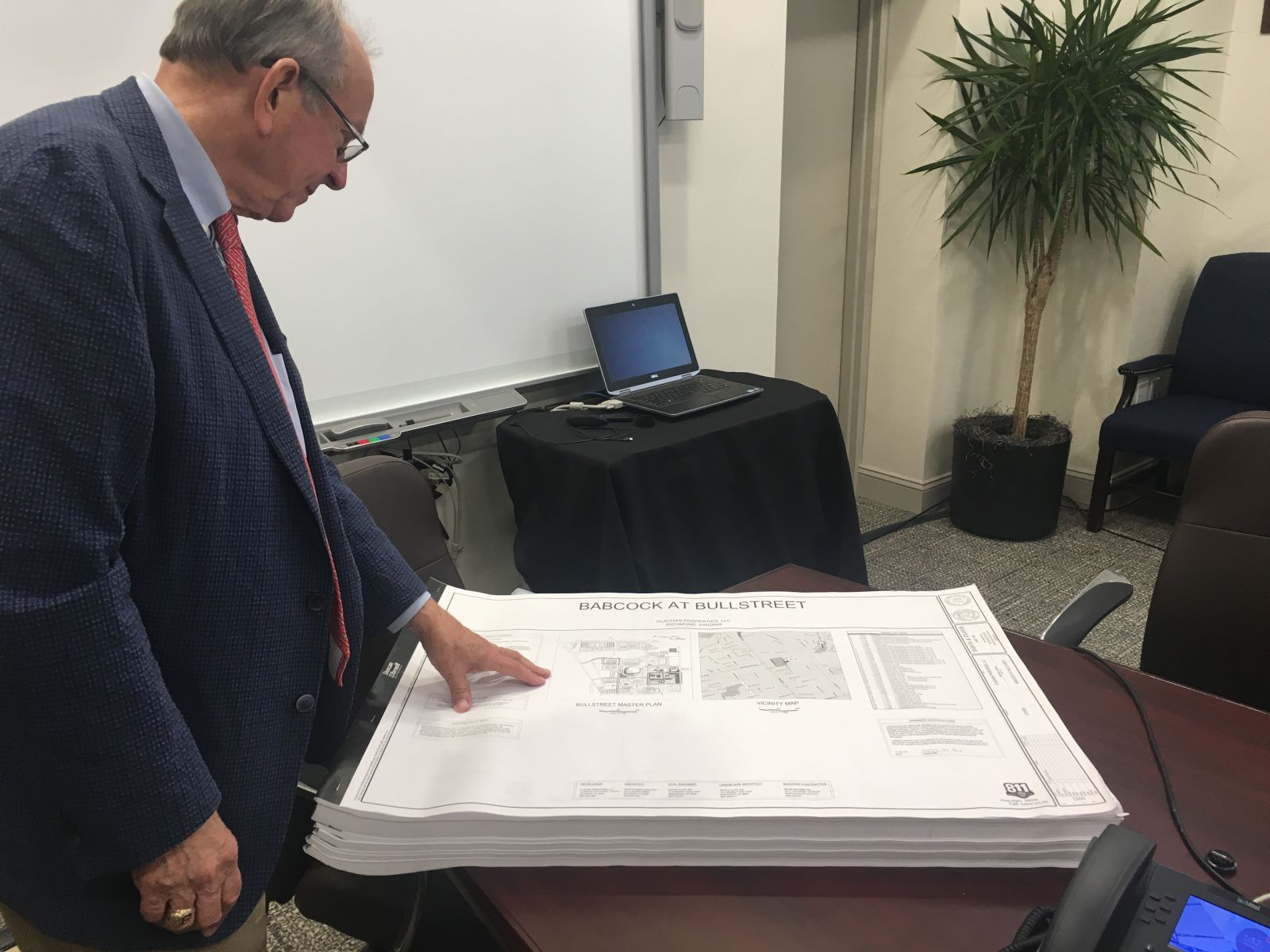 “It’s a terrific building,” Hugh Shytle, Clachan Properties president, told the commission. “There is no other Babcock. It is unique.”

The renovation of the long-abandoned building, abandoned for decades and the site of a December 2018 fire, will cost Clachan more than $40 million, but Shytle described the renovation as cost-effective.

All apartments will be equipped with stainless steel appliances, full-size washers and dryers and granite countertops.

The renovations include 3,600 square feet of amenities such as a weight room, a yoga studio, a cardio studio, a game room and a lounge. Outdoor features include a pet park, pool and a grilling space, along with 255 parking spaces.

The developer also identified 38 historic trees on the building grounds, some of them centuries-old live oaks, which will be saved.

Shytle said Clachan, which has signed a deal with a contractor, expects to submit requests for building permits by the end of the year. Construction will be done in phases, with work on the first phase expected to begin in 2020.

“We think we’re in the red zone,” Shytle said, using a football term meaning 20 yards from the goal line to describe progress. “That is, more work needs to get done, and it’s not done until it’s done. But we can see how we can score from here.”

“If we get those pieces in place, we should be able to start in the first half of next year,” he said.

Shytle said because the building is so dilapidated, any delay causes more deterioration and ultimately costs more money.

Shytle praised Greenville-based BullStreet master developer Hughes Development Corp., the S.C. Department of Mental Health and the city of Columbia for their efforts to keep the building secure.

Councilman Howard Duvall, chair of the Bull Street commission, called the Babcock building “a linchpin that keys the rest of the development of BullStreet.”