The momentum at the mixed-used BullStreet District development received a major boost with the detailing of luxury apartment plans for the historic Babcock building, while other updates, including plans for a Starbucks, continue to build a buzz.

Richmond, Va. developer Clachan Properties presented more than 800 pages of blueprints and plans to the Columbia City Council Bull Street Commission in late October. The landmark building where S.C. State Hospital patients were once treated will be converted into 208 luxury apartments with amenities including fitness studios, a swimming pool, pet area and an exterior grilling patio.

The project is expected to cost more than $40 million. 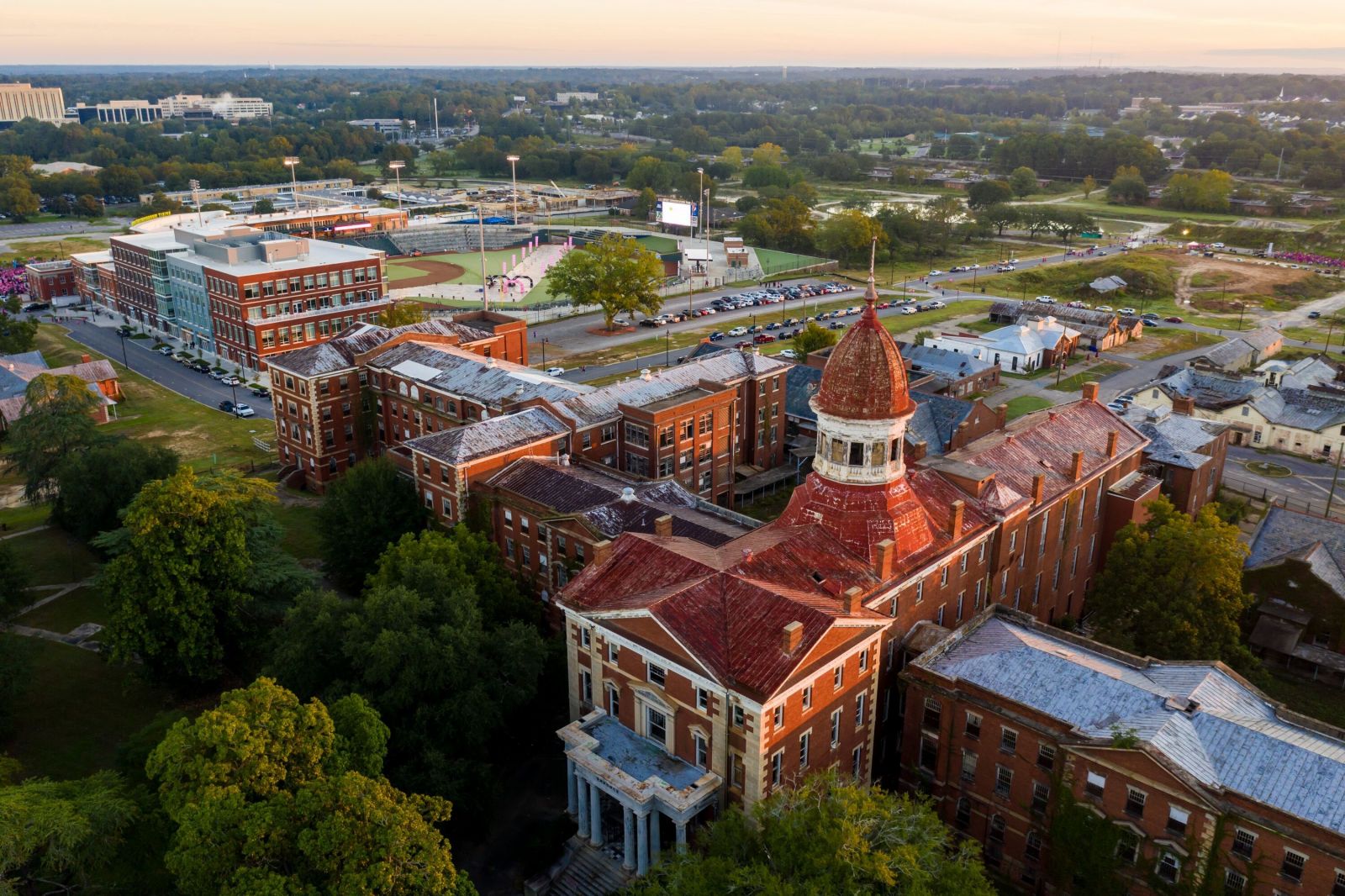 Hugh Shytle, president of Clachan Properties, described the Babcock Building as a “once-in-a-lifetime project.” Clachan is currently working on final tax credit authorization, approval for a Housing and Urban Development loan, and final construction sizing and costing. Construction on the first phase of the more than 146,000-square-foot project is expected begin in 2020.

“A lot of people looked at it, and a lot of people decided not to pursue it,” Shytle said. “By hook or by crook, we decided to bite it off, and there have been any number of challenges. It’s taken us a while to get to the point where we’re at, but we’ve been able to overcome the challenges and we’re just thrilled to be involved with it.”

Shytle said despite its current deterioration, including a fire nearly one year ago, the Babcock building is an important landmark worth renovating.

“It’s just an iconic building. You just ride up to it and you see the cupola, and then you walk the building and you think about what it once was and how it could be a positive driver for the BullStreet development overall,” he said. “It’s got to get redeveloped, and if we can turn it into luxury apartments, it’s going to be a tremendous addition to the BullStreet campus redevelopment.”

Hughes Development Corp. project manager Chandler Cox said the Greenville-based BullStreet master developer has been working with Clachan for some time on the Babcock building and is pleased the plans have progressed to the point they could be released to the public.

“We’ve been very involved in the Clachan project since they started working on it, but they very much have kept a low profile,” she said. “They just put their head down and get to work, and so the amount of things that they have overcome and the amount of work that’s gone into that project is pretty incredible.”

The estimated completion date for the Babcock project is 2022.

While the Babcock building awaits its transformation, a flurry of work continues throughout the rest of the 181-acre BullStreet property.

Hughes Development announced in November that Starbucks is scheduled to open a stand-alone café in the spring of 2021. The 2,500-square-foot café with a drive-through will be built along Bull Street near the REI Co-Op store.

“One of the most frequently asked questions we receive is about whether BullStreet is getting a Starbucks,” said Robert Hughes, president of Hughes Development Corp. “I’m happy to report that Starbucks is coming, and it will be positioned perfectly to accommodate commuters as well as those who live and work in and near the district.”

A traffic signal will be installed at the intersection of Bull and Williams streets that will allow access to the Starbucks.

Work commenced this summer on the building for outdoor retailer REI Co-op. Interior wall framing is complete. Exterior storefront glass was scheduled to begin Thanksgiving week, while area streetscaping, including sidewalks and landscaping, is slated to begin early this month. The 20,000-square-foot REI store, the development’s first national retailer, is scheduled to open this summer.

“There are lots of construction crews on site for REI (and) for other projects onsite, including some site work (and) grading that’s going on as part of the University of South Carolina’s Medical School project,” Cox said.

The University of South Carolina is building a health sciences center along Harden Street.

Applications are being accepted from potential residents for Merrill Gardens, a $35 million senior living apartment complex, while construction crews are finalizing interior upfits. The project is on schedule to be completed in early 2020, with the parking lot paved and streetscaping underway.

All five TownPark Townhomes constructed in phase one have been sold and construction for phase two is about to get underway. The Moore Co. real estate agency is brokering the project.

Cox said construction continues on a 20-acre public park, with irrigation installation nearing completion and grass installation expected to start this month. She said restoration of existing S.C. Department of Mental Health picnic shelters has been completed. The park is scheduled to officially open next spring.

The historic Ensor Building, along the first base side of Segra Park, is about to get another tenant on the second floor. Developers expect the tenant to be announced shortly.

Next year, crews will begin continuing Freed Drive to Bull Street and Boyce Street to Colonial Drive. The extension of Freed Drive will allow better access to Segra Park. A new intersection will be created at Bull Street.

“If it seems like there’s suddenly a lot going on in the BullStreet District, you are correct,” said Hughes. “There’s always a lot going on, and it’s that excitement that fuels our commitment to building this community.”