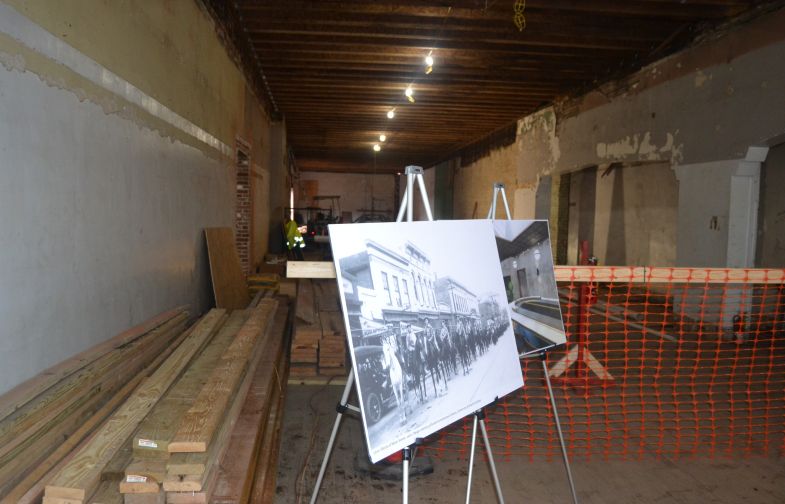 Historic photos show previous incarnations of 1639-1643 Main St., where a new restaurant and microbrewery, Smoked, is being built. (Photo/Melinda Waldrop) 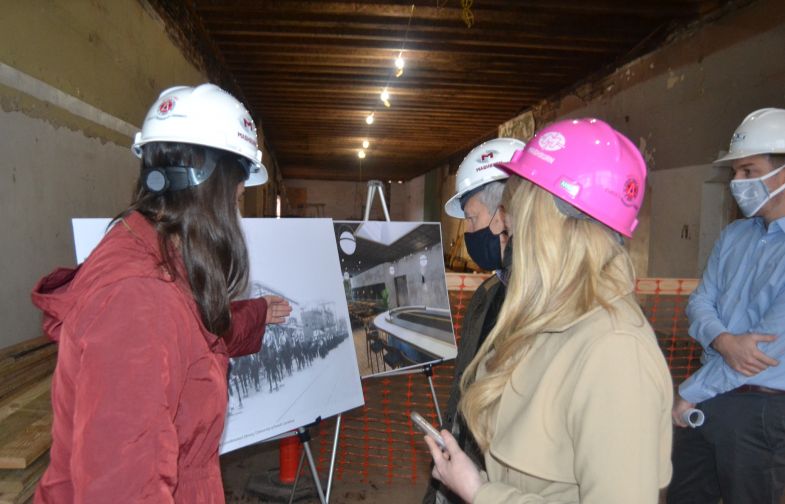 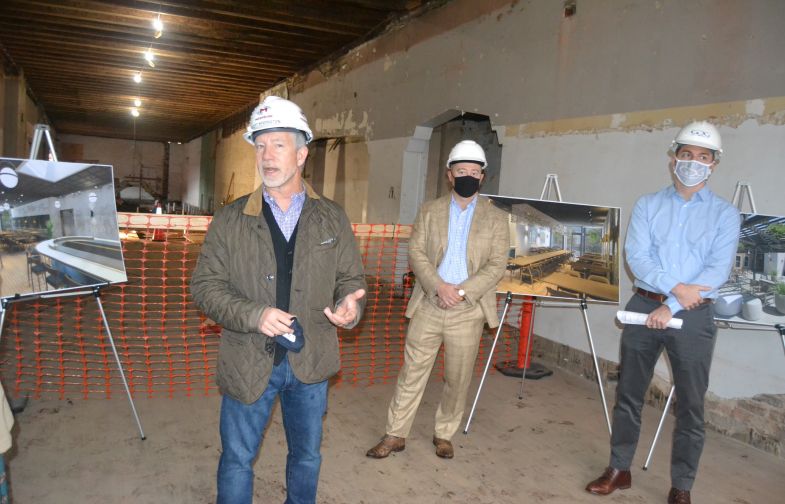 Scott Middleton talks about his latest project, Smoked, an upscale restaurant and microbrewery planned for the 1600 block of Main Street. (Photo/Melinda Waldrop) 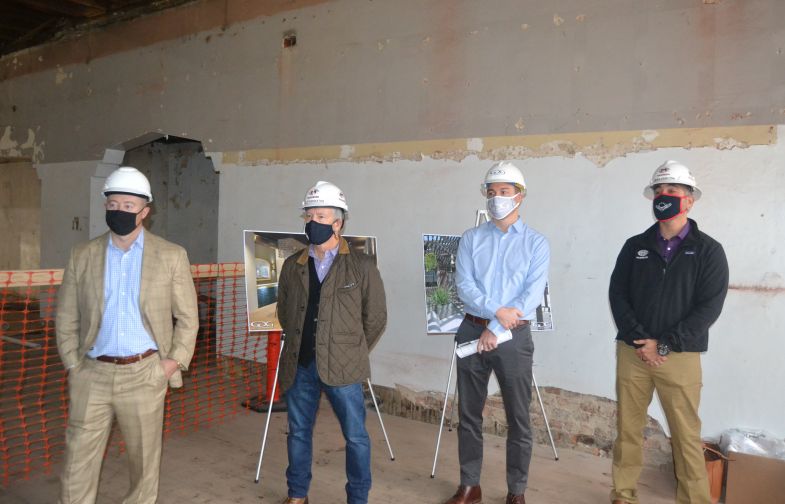 Scott Middleton’s latest project in the 1600 block of Main Street will offer smoked meats and oysters, a microbrewery and a sense of history interwoven with present-day progress.

Smoked, being carved from the circa-1872 buildings at 1639-1643 Main St., will join The Grand and Main Course as Middleton-owned entertainment options in the downtown super block.

“The 1600 block is becoming a destination place for entertainment and also for food,” Middleton said during a sneak peek at Smoked on Monday. “These buildings here have been in need of renovation and in need of repair for a long time. We actually had another group that had purchased these buildings and they were looking to do some renovations, and it kind of fell through with their plans. We were able to step in and revive that and then start looking at what this block needed.”

The upscale casual restaurant, with construction slated to wrap up in early August, will differ from The Grand, with its state-of-the-art bowling alley, and Main Course, which features a live music venue and immersive gaming bays.

“This is kind of our first venture into just a solo restaurant,” Middleton said.

Smoked will feature three sections in the connected buildings which have housed numerous businesses, including a cigar and a wig shop. An oyster bar with a skylight will be the center attraction, flanked by a main bar area and a private dining room. There will also be an outdoor patio and an external kitchen.

The project is taking pains to preserve historic features including arches, brick and plaster to qualify for state and federal historic tax credits.

“It’s much more than a renovation when you’re dealing with these historic buildings,” Brian Johnston, Mashburn vice president of operations, said. “It’s really more of a rehabilitation, a revitalization. … As opposed to a developer coming in and saying let’s knock it down and do the easy thing and build a restaurant, the Middletons have come in and said let’s preserve it and protect it and bring some life back to Main Street.”

Middleton has been a driving force behind the 1600 block’s revival since moving the corporate offices of his health care corporation, now SC House Calls, to Main Street six years ago. Wanting to get a feel for downtown living, Middleton also rented an apartment at the former Tapp’s department store for overnight business stays and set out one Sunday evening in search of dinner.

More than a mile later, he ended up at a deli near the University of South Carolina campus, the only option he could find.

“I thought, ‘We have all these great apartments down here. People are starting to move in, and there’s just nothing for anybody to do,’ ” he said.

Middleton set out to change that with what was originally Michael’s Cafe. Now rebranded as the Main Course at 1624 Main St. and adjoined by Middleton’s Good Life Cafe, that property was joined in 2017 by The Grand restaurant and boutique bowling alley across the street in a former Army/Navy store.

“It’s really evident from the body of work that the Middletons have put together than they really have a strong vision for Columbia and Main Street in particular,” Andrew Rogerson of Garvin Design Group said. “We’re really excited to be a part of this.”

Middleton, who now has an apartment above The Grand, relocated his corporate offices to West Columbia but is planning a new, 50,000-square-foot office building in the North Main business district, where he’s also developing a 62,000-square-foot, sports-themed brewery in the former Stone Manufacturing Plant.

Smoked will serve as a testing ground for its larger sibling, said Jason Synder, director of sales and operations for both locations’ brewery business. The most popular of the yet-to-be-named line of core beers developed in-house at Smoked will go into larger-scale production at the North Main facility.

“The system is the same manufacturer for each facility, so we can easily upscale,” Synder said. “If we discover that this beer we’re making or this small batch becomes popular here in the restaurant, obviously it makes sense to give it a try on a larger scale.”

Middleton credited federal paycheck protection programs, along with his venues’ spacious areas that allow for social distancing, with helping boost restaurant sales back to 75% to 80% of their pre-pandemic totals. Though he’s seen fellow property owners struggle to offset building costs, he’s not trepidatious about embarking on yet another Main Street adventure.

“For us, it’s a time to rethink everything and how it’s going to work and really invest now,” he said. “That’s what most good investors do. They invest at a low point in the market in order to anticipate a rise down the road.”

Along with adding to his portfolio, Smoked will also give Middleton another potential diner destination on a future Sunday evening.

“It’s really kind of cool, as a citizen living on Main Street,” he said. “There’s so many opportunities and options.”