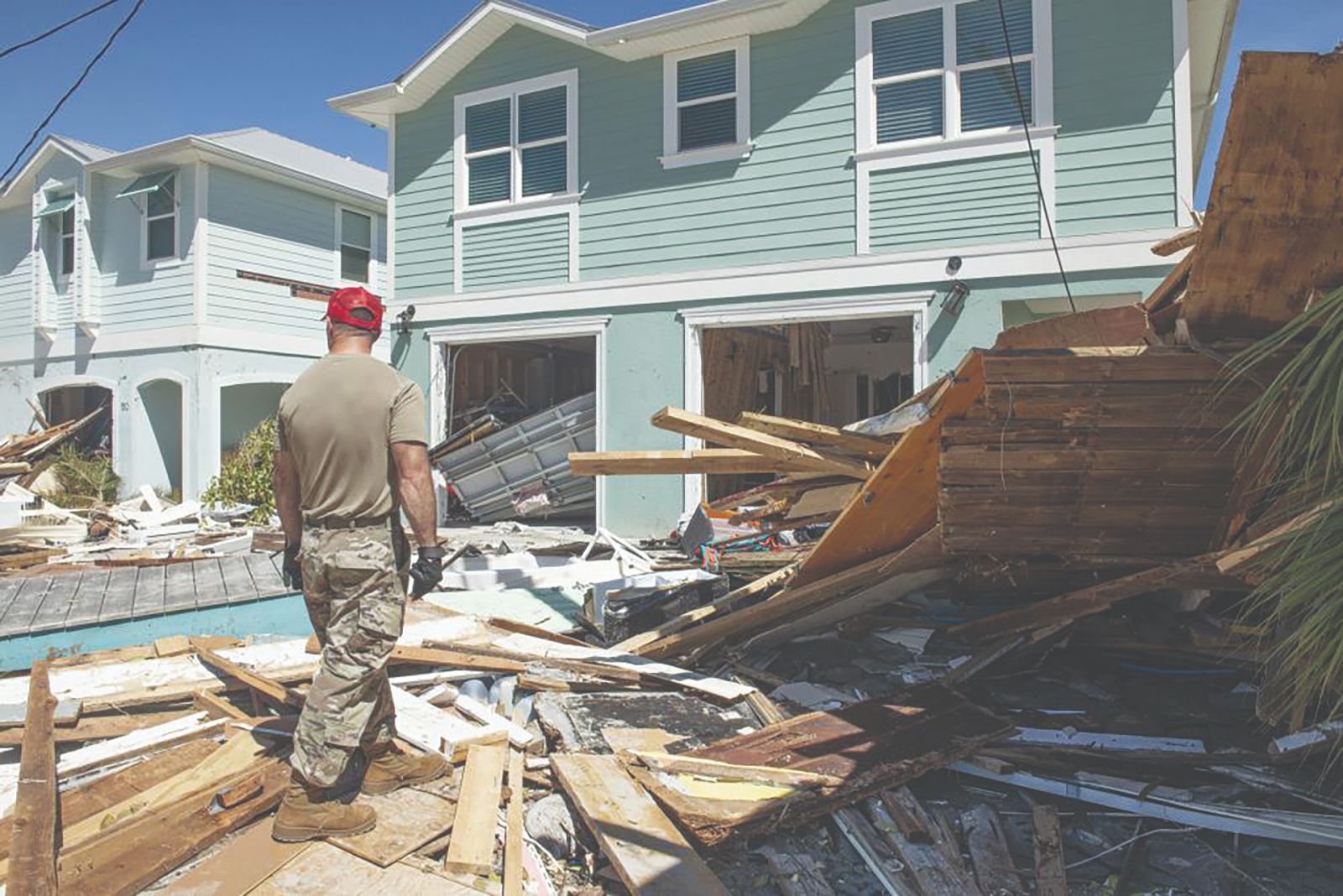 Images of destroyed, damaged and flooded homes and businesses have been all too common in the weeks after Hurricane Ian ravaged the southwest coast of Florida and then caused damage and flooding along the S.C. coast.

Most storm damage in those counties came from Ian’s high storm surge, and the worst destruction came in the form of sand dunes swept away, beach accesses torn apart, and fishing piers broken or completely demolished.

Many houses received some flooding, damage to roofs and other components, but thankfully the state’s coast didn’t see the massive, complete destruction of homes and businesses that hit places such as Fort Myers and Sanibel Island in Florida.

However, repairs to those homes that were affected will likely take months, and this latest natural disaster is a reminder to property owners, builders and architects in South Carolina that the state’s volatile weather is something that needs to be on the radar when designing and building new homes and commercial buildings.

One thing that should satisfy many property owners’ concerns is the fact that structures in the state have had to be built to conform to much stricter codes over the past 30 years, said Mark Nix, executive director of the Homebuilders Association of South Carolina.

“When you look at storm damage these days, usually the worst you’ll see is to homes built prior to the 1990s,” Nix said. “Ever since Hurricane Andrew hit Florida in 1992, new codes that have been enacted have done a good job of mitigating a lot of losses and damage, especially on the coast.”

Nix said South Carolina officials decided during the 1990s to switch the state’s set of building codes from what was called the Southern Codes. The state now adheres to building codes set by the International Code Council. These are revised and updated every three years to respond to new building innovations as well as weather conditions and other concerns, and the latest codes were adopted on Jan. 1, Nix said.

Those with property concerns along the coast should also feel good about the results of a 2021 study by the Insurance Institute that placed South Carolina as having the third-best set of building codes among coastal states nationwide, Nix said.

While hurricanes might be the disaster most on everyone’s radar right now, another potential danger has increasingly been on the minds of Midlands residents this year – but this one comes from deep underground.

Since Dec. 27, 2021, 47 earthquakes have occurred in the Kershaw County towns of Lugoff and Elgin, with the highest magnitude of 3.6 occurring on June 29, according to statistics from the S.C. Emergency Management Division. There have also been several earthquakes in the Upstate and in the Charleston area, but nothing like the activity near Elgin.

State and national geologists have termed the unusual tremors Elgin’s “earthquake swarm,” and say it is just normal seismic activity along one of the state’s many fault lines and not related to any human activity such as mining or construction. Still, the tremors have made many local residents nervous and caused them to wonder how their homes would stand up to bigger earthquakes.

Nix said earthquake-resistant measures are already built into the existing codes. “We’re consistently addressing this concern,” he said. “The S.C. Building Code Council studies local and regional maps, and two of the biggest concerns addressed in the codes are seismology and high winds.”

The benefits of the last few decades’ worth of stricter building codes are very evident to Mark Hood, president of Hood Construction in Columbia. “We’re starting to see the long-term effects of many years of better building codes and better building construction,” Hood said. “Sometimes when you look at photos of an area that’s been hit by a hurricane, you’ll see three houses completely destroyed and then some right next to them still standing. Those are the ones built with the newer codes. The upgrades that have been made over the past 30 years are really helping to save houses. Are they eliminating damage completely? No, but they are preventing houses from exploding and disintegrating in the wind.”

Hood said a few key changes to the way homes are built have made all the difference. More than 30 years ago, for instance, most houses were held together with nails. These days entire houses are strapped together from roof to foundation to help preserve the entire structure’s integrity in the event of high winds.

Along the coast, codes require that windows be built to withstand winds of 110 mph or higher, which technically means a window should be able to withstand something like a 2 x 4 being thrown at it at that wind speed, Hood said. That requirement reduces the shattered glass left to clean up when windows are hit by flying debris.

These hurricane-proofing techniques aren’t just being implemented in the coastal counties, either. “We’re basically doing the same precautions all over the state, because in a hurricane zone like South Carolina, the coast might take the brunt, but a big powerful storm is going to end up affecting the whole state,” Hood said. “We saw that back in 1989 with Hugo when Sumter, Columbia and places as far inland as Rock Hill and Charlotte received severe damage.”

More customers are expressing concerns about building homes that can withstand severe storms and other natural disasters and seeking proactive ways to protect their home, said Ben Ward, project manager for McMillan Pazdan Smith Architecture, which has offices in Columbia, Charleston, Greenville and Spartanburg.

“We’re seeing more concern about disasters all around the state,” Ward said. “Of course, most of it is on the coast, but that’s changing as we get savvier clients that have an understanding of changing weather pattens and as a result have an interest in what can be done to mitigate a disaster.”

Ward said the word “resilience” has become key in planning designs of new homes and buildings, especially along the coast. “Resilience has taken on a strong importance in South Carolina’s architectural community,” he said. “A lot of states are more focused on building sustainable structures, but those are states that might not be as disaster-prone as South Carolina. Here, we need to combine resilience with sustainability.”

Ward said he recommends homeowners consider a series of protocols called Fortified, a program run by the Insurance Institute for Business and Home Safety and offered by many building contractors. There are three levels of Fortified safety plans available for both residential and commercial structures.

“We strongly encourage clients to consider options that go above and beyond the codes,” Ward said. “If you build a home to a Fortified standard, you’re much more prepared for natural disasters. The cost comes up, but it’s a minor investment up front, brings savings on insurance premiums and can help you have a quicker turnaround after a disaster hits.”

Ward said the Fortified programs include additions like extra wood blocking put into walls, roof construction built to a higher wind load standard than most building codes, and nonflammable exteriors to protect homes against wildfires. He noted that many coastal communities have raised the base flood elevation requirements for new buildings to combat storm surges and river flooding.

South Carolina has put an increased focus on resilience in construction and infrastructure, Ward said. In 2019, the state formed the South Carolina Office of Resilience, focused on increasing resilience to disaster in communities, reducing or eliminating long-term loss risks and lessening the impact of future disasters.

“As a member of the American Institute of Architects, we’ve been providing assistance to that office as asked by the state,” Ward said. “It’s awesome that they’re focusing on this issue.”