Fort Jackson celebrates its 100th birthday this weekend with a number of activities. Those activities can be found at https://www.facebook.com/fortjackson/

Fort Jackson occupies a unique place in the U.S. Army as the only post totally dedicated solely to training soldiers on the 52,000 rolling acres of piney woods and red clay east of Interstate 77.
But to the city of Columbia and Midlands, Fort Jackson is money in the bank, annually pumping $2.3 billion into the local economy through a combination of jobs, payroll and spending on local goods and services.
“It’s jobs and economic growth for our community,” said former Columbia Mayor Bob Coble, who worked with local leaders to land more jobs and missions at Fort Jackson during the Pentagon’s last round of base closings in 2005. 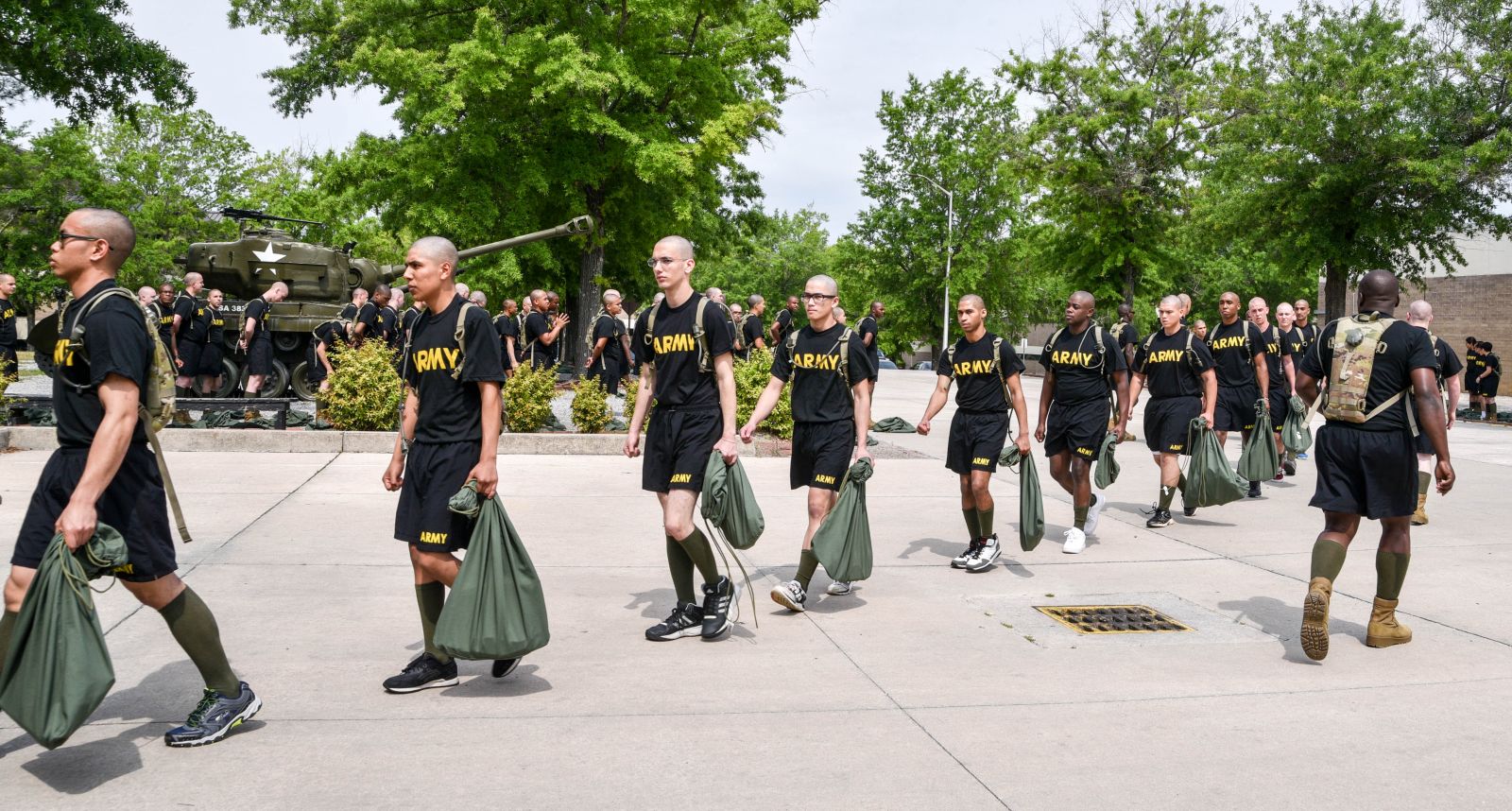 Fort Jackson, which marks its 100th anniversary on June 2, directly accounts for more than 7,600 jobs – civilian and military – with an annual payroll of $553.2 million, according to a recent analysis by the University of South Carolina Darla Moore School of Business for the South Carolina Military Base Task Force.
Additionally, the $917 million worth of annual procurement activity by Fort Jackson impacts several industrial sectors in the Midlands led by medical services with $226 million, according to the analysis authored by USC researcher Joey Von Nessen.
Just construction projects – both ongoing and upcoming – account for nearly $241 million of spending, according to the Fort Jackson Public Affairs Office. Ongoing projects include repairs to classroom buildings, trainee barracks, roads and the first phase of a new basic training complex. Of that amount, $141 million worth of planned construction projects include an elementary school, demolition of various facilities, repair of trainee barracks, a new Reception Complex where new soldiers are processed into the Army and the second part of the basic training complex.
Other sectors touched by the post’s economic impact include general merchandise retail stores, $156.45 million, and real estate establishments, $79.84 million.
Food services and drinking establishments generate about $49.65 million in annual sales from Fort Jackson spending.
“Out-of-state military and civilian visitors to Fort Jackson also introduce new spending to the local economy,” the USC analysis said. Approximately 225,000 people visit Fort Jackson annually, including friends and families of soldiers and other personnel who are on official business.
“The majority of visitors to Fort Jackson do so to attend one of the base’s graduation ceremonies,” the analysis said. “These visitors spend money off the base at a variety of local vendors (restaurants, hotels), which provides an additional net gain to economic activity.”
Fort Jackson also is a contributor to a statewide military community that represents 8.4% of the state economy, which includes 181,847 jobs, or one of every 12 jobs in the state.
“A very large contributor to our military-friendly reputation and its accompanying positive economic impact is the presence of 417,515 military veterans,” said Howard Metcalf, S.C. director of Veterans’ Affairs and a member of the Task Force. “The Veteran’s Administration (VA) has said there are perhaps twice that many veterans in the state because that count only includes those who have applied for services.”
Military retirees account for 56,969 of the veterans in South Carolina. They annually bring $1.6 billion in U.S. Department of Defense-funded retirement income into the state, retired Army Col. Dan Beatty, a former Fort Jackson chief of staff and member of the Task Force’s executive committee, said in a statement. The VA contributed another $1.9 billion in compensation and pensions to veterans living in South Carolina.

A plus for labor
One benefit of having Fort Jackson and nearby military installations in the state is that many of those military retirees start second careers, bringing “tremendous experience and skills to the state workforce,” Beatty said.
These retirees and former military members provide the state with a large supply of highly skilled workers when they’re most needed, Von Nessen said.
“South Carolina’s labor market has tightened considerably within the last year, and, with an unemployment rate under 5% percent and employers continuing to expand, access to these skilled veterans is crucial for maintaining our current healthy rate of economic growth,” Von Nessen said in a statement.
While appreciating Fort Jackson’s role in training soldiers to defend the nation, community leaders say understanding the economic impact of Fort Jackson helps mobilize support in the business community to build closer ties with the Army and Defense Department.
Coble recalls that the late Ike McLeese, in his role as Columbia Chamber president and CEO, led the community’s efforts to spare Fort Jackson the Pentagon’s budget axe during the last round of Base Realignment and Closures, commonly referred to as BRAC. It just happened to be on a Friday the 13th in May 2005 that Columbia and the Midlands celebrated what was then the largest economic development announcement in the history of the Midlands, Coble said.
“Not only did we survive, we grew,” Coble said. Fort Jackson and McEntire Joint National Guard Base near Eastover added 1,715 jobs as new missions were assigned to the installations while neighboring  Shaw Air Force Base added nearly 1,500 jobs with the Pentagon’s decision to relocate Third Army Headquarters to South Carolina.
Fort Jackson landed three new missions: the consolidated Army’s Drill Sergeant’s School, expansion of the Army Chaplain School to train members of all service branches and the relocation of the Army’s 81st Regional Support Command, which oversees Army reserve units in 15 states and Puerto Rico, Coble said.
The Drill Sergeant School, which trains both active-duty and reservists, graduates about 2,200 new drill sergeants annually. The Chaplain School trains just Army and Navy chaplains as the Air Force opted to pull out of the joint arrangement and move its chaplain training program back to Maxwell Air Force Base, Ala.

Strengthening ties
Columbia and the Midlands, though, shouldn’t wait until Congress decides on launching another round of BRAC, observers say.
The community and Army can work on issues like encroachment that might impede the training mission at Fort Jackson, Coble said. Encroachment can range from noise created by training exercises to residential development being located too close to the installation’s perimeter.
“One thing we can work on is the relationship between the post and the community,” Coble said. “Generally, having a military friendly community is important because some of our competitors (for Army missions and jobs) don’t.”
Shortly after assuming command last June at Fort Jackson, Maj. Gen. Pete Johnson talked about the post-community relationship during a meeting with the local press.
“We are incredibly lucky to join the beginning of our year-long centennial celebration marking 100 years of a shared partnership between Fort Jackson, Columbia and the greater Midlands … a partnership that, from the inception at the start of World War I, has supported the training of over five million soldiers ready to defend our nation and its interest,” Johnson said, according a report by Demetria Mosley, of the Fort Jackson Leader, the installation’s weekly newspaper.
Retired Army Maj. Gen. George Goldsmith, who has worked on BRAC issues through the Columbia Chamber’s Military Affairs Group, thinks the word has gotten out about the post’s capacity to accept new missions and the community’s support for the Army and Defense Department.
“I think Fort Jackson’s reputation has really strengthened over the last few years,” Goldsmith said. “And Fort Jackson is one of the places where they (the Army) can expand.”
The Fort Jackson story also extends beyond the Midlands, added retired Maj. Gen. Abe Turner, former commanding general of the Columbia post.
“You’ve got to consider that Fort Jackson has touched the vast majority of people – enlisted soldiers and NCOs (non-commissioned officers) who served in the Army,” Turner said.
Community projects like the $3 million Centennial Park planed for Fort Jackson property at the former location of Post Headquarters can be a plus for the Midlands when it comes to keeping local jobs and stocking the local economy.
The park, which will include a statue of a male and female drill sergeant and a 300-seat amphitheater, will be a gift to the Army, said retired Army Command Sgt. Maj. Marty Wells, chairman of the Gateway to the Army Association, which is raising funds for the project.
In 1967 for the post’s 50th anniversary, the Columbia Chamber raised $82,500 for the 12-foot Andrew Jackson statue in front of Gate 1 as a testimonial to the post’s namesake and soldiers who trained at Fort Jackson.
“If and when another BRAC process comes into being, they (Pentagon leaders) can come to Fort Jackson and see that Centennial Park is a testament to the support the Midlands community and the entire state gives to Fort Jackson,” Wells said. “That counts, that resonates during that (BRAC) process.”