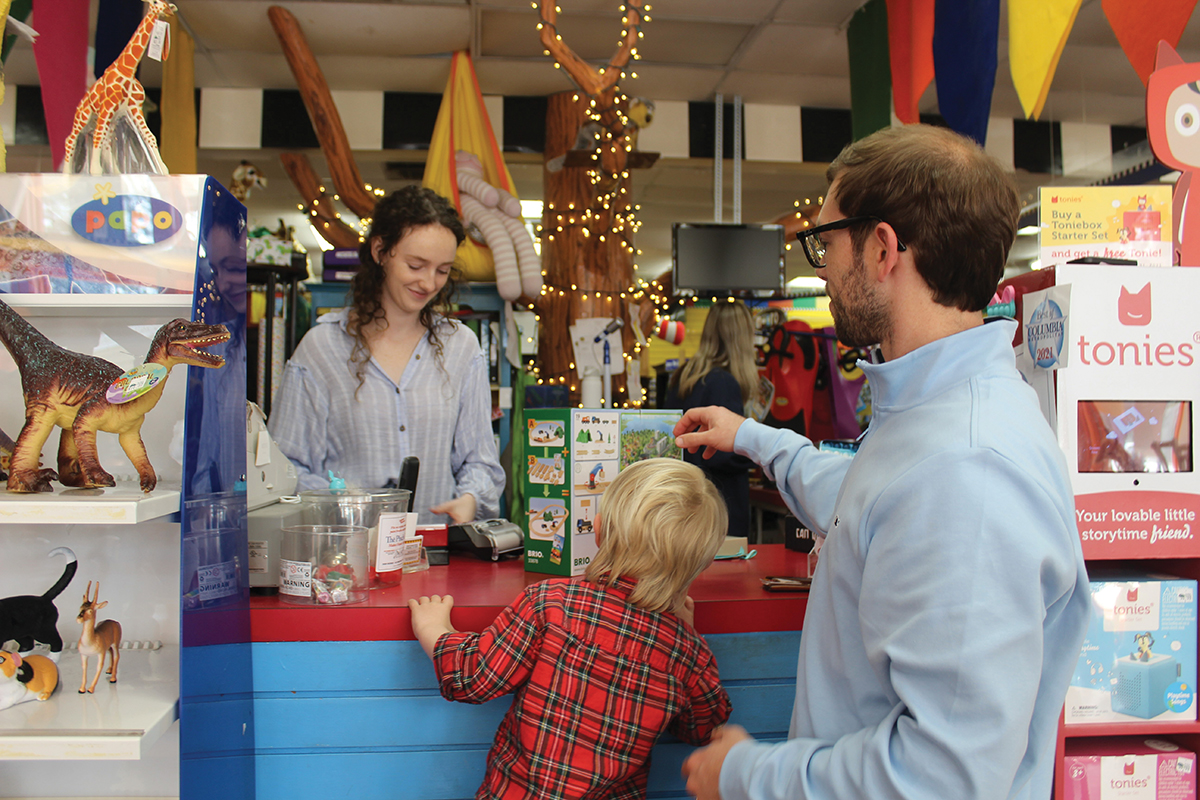 With inflation rising faster than it has since Ronald Reagan was president, small businesses are among those being hit hardest by rising prices.

Economists and business leaders from around the Carolinas say South Carolina’s small businesses so far seem to be weathering the storm, but many factors, including a possible rise in the cost of leasing commercial space, could make the coming months more difficult.

The National Federation of Independent Businesses’ Small Business Optimism Index decreased in January to 97.1, down 1.8 points from December, with 22% of business owners reporting inflation as their single most important problem. Supply-chain tie-ups and difficulty in hiring enough workers are two other concerns causing small business confidence to shrink.

“Small business owners have been managing incredibly well, but over the last six months we have seen a sharp drop in the number of small business owners optimistic about the future,” said Mark Vitner, senior economist with Wells Fargo Economic in Charlotte. “It’s mostly concerns about inflation that are driving that. While many businesses have been able to pass along higher costs to their customers, they realize they’re not going to be able to do that indefinitely.”

Vitner said one shock that might hit small businesses hard over the next year is related to the Consumer Price Index. Some leases for retail, office or other commercial space are indexed for inflation, tied to the 12-month cyclical change in the CPI, which is surging at record levels not seen in 40 years.

A Feb. 10 report from the U.S. Labor Department showed that the CPI rose 0.6% in January, driving the annual rise in inflation to 7.5%, the highest level since 1982.

With the rise in the CPI, Vitner said some small businesses whose leases come up for renewal might deal with an increase in their rent, one more added cost in an already difficult season.

In the Midlands, most brokers who deal with leasing for commercial properties do not tie their prices to the CPI, according to David Lockwood, executive vice president with Colliers | South Carolina’s Columbia office. Instead, they deal with leases tied to fixed increases ranging from 2.5% to 3% over the long term.

“Most of the tenants we deal with want to know exactly what their rents would be over a long period of time, so that’s why these fixed increases have been the norm for a long time,” Lockwood said. “What we are seeing, however, is that because of inflation, some of the fixed increases in the industrial market that used to be on the lower end are now going up to the 3% range.”

Rising operating costs are among the biggest challenges for small businesses that lease office or retail space right now, according to Lockwood.

“The cost of everything from maintaining parking lots to janitorial services is going up dramatically, and the tenants are having to deal with that whether they pay operating costs directly or reimburse the landlord through their rent,” he said.

New tenants seeking office space also will likely see a substantial increase in office rents over the next six months to a year because of the rising cost of construction, Lockwood said.

Supply chain problems and the rising cost of products have been at the forefront for Ava Allen, who has owned and operated her small business, Be Beep A Toy Shop, in Forest Acres for the past 35 years. Allen said there are some items she first tried to order in January 2021 that still have not arrived. Meanwhile, the cost of the goods she can get are rising dramatically, with no end in sight.

Her rent for the store on Forest Drive, however, has stayed the same so far.

“I tried to do what I can to not take a full markup on what I sell, because it’s difficult for customers to be assaulted on all sides with rising costs, but the cost of what I sell is definitely being affected,” Allen said. “And I’m afraid none of this is going to get better soon. We’ve been hit with too many challenges all at once.”

Despite all these challenges, Lockwood said his firm is not seeing a dramatic rise in delinquencies for commercial rental properties.

One bright spot is that the Midlands, despite rising costs, is still a very affordable market compared to many others in the Southeast, according to Lockwood.

“Tenants in Columbia across the board are paying less for office, retail and industrial properties than they would in Charleston, Raleigh, Atlanta, or Charlotte,” Lockwood said. “For instance, a law firm renting space in Columbia would pay about on average about 15% more for the same property in Charleston or Charlotte.”

Columbia-area small businesses so far are not naming rent increases or other property costs as their main problems because of inflation, although that could change if the surge continues, according to Carl Blackstone, president and CEO of Columbia Chamber of Commerce.

Instead, chamber members are saying that the supply chain crunch and hiring problems are combining with inflation to make this a challenging and frustrating cycle for small businesses.

“We’ve had a rough couple years and inflation is just compounding the problem,” Blackstone said. “If we were having inflation by itself but had plenty of supply of the products that people needed, then these businesses could adjust more easily. We have small mom-and-pops who are facing both a lack of inventory and having a problem finding employees. Small business owners can’t control any of these factors right now and it’s just going to take patience and perseverance to get through.”

Frank Knapp, president and CEO of the S.C. Small Business Chamber of Commerce, said he has not heard many concerns about commercial real estate rates from his group’s members. Instead, supply chain problems and the increasing cost of goods, especially gasoline, have been the main problems early in 2022, Knapp said.