Alison Schriro had her share of frustrating moments during her first year as a math teacher at Dreher High School. But she never thought of quitting.

Chalk her experience up as a victory for the Carolina Teacher Induction Program, a new teacher retention program at the University of South Carolina which batted 1.000 in its first year.

“I knew I was in the right profession despite the low points,” said Schriro, now in her second year teaching ninth through 12th grades at the Richland County District One school. “There were definitely low points, but there wasn’t a point last year where I considered leaving.” 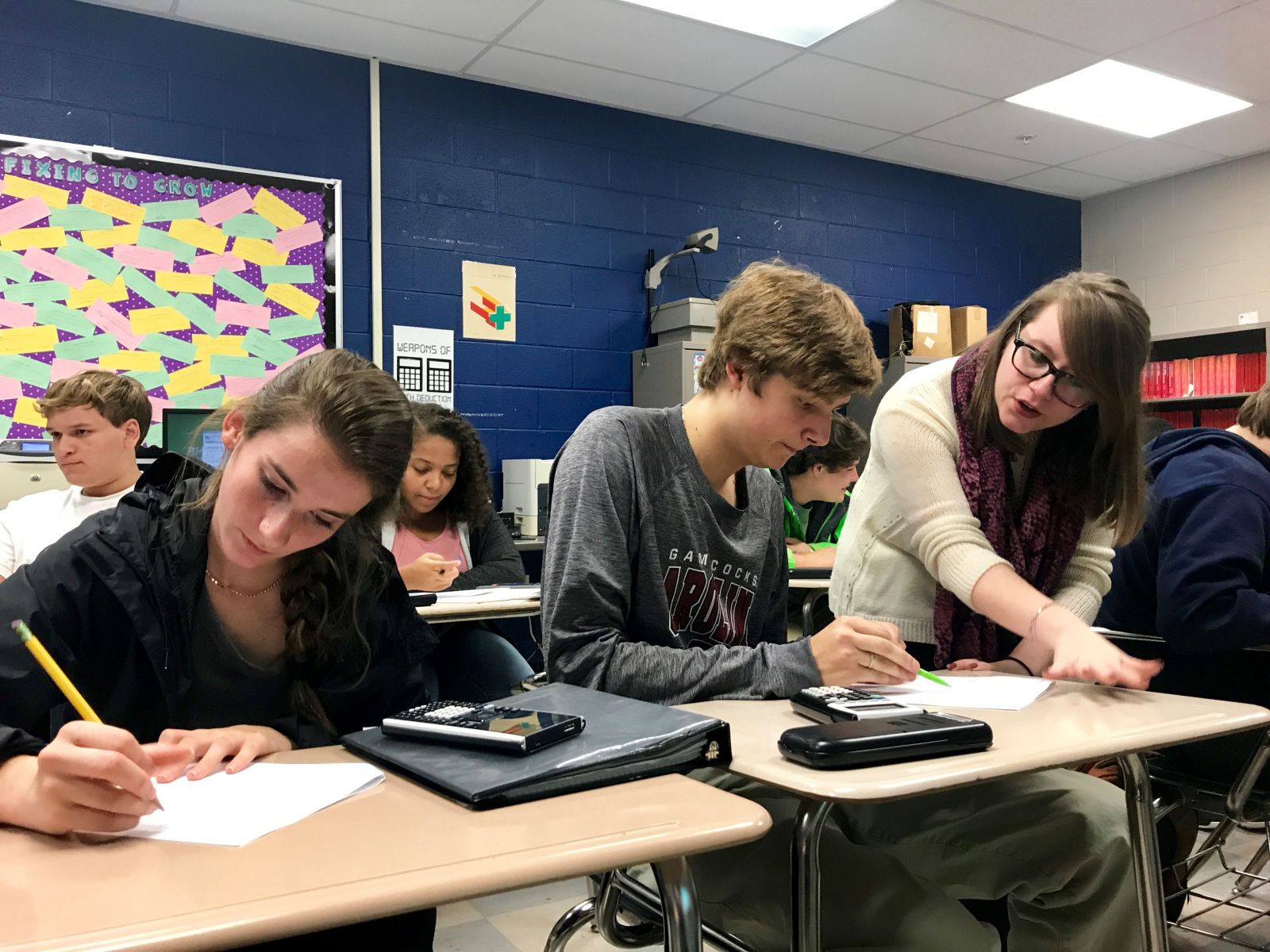 The 14 other teachers who completed the first year of CarolinaTIP with Schriro also stayed put, bucking a national and statewide trend.

The Center for Educator Recruitment, Retention, and Advancement’s S.C. Annual Educator Supply and Demand Report found that 13% of the approximately 7,300 teachers who did not return to their same positions after the 2017-18 school year had no more than one year of teaching experience in the state, an increase of 1% from the previous year. The report also found that 35% of those who did not return had five or fewer years of experience.

While 27% of those departing teachers changed public school districts, more than 5,300 left the profession altogether.

CarolinaTIP aims to stem that flow by providing professional development and personal support for the first three years a teacher is in the classroom.

“Recruitment is very important, and preparing teachers in high-quality ways is very important, but if we don’t address retention, then we’re missing the boat,” said Cindy Van Buren, assistant dean of professional partnerships and accreditation at USC’s College of Education.

“That first year, many new teachers are in survival mode, and many of them  — I’m not just talking about our graduates, I’m talking about nationally — many of them go home for Christmas break and don’t come back, or they walk out one Friday and they don’t come back,” she said. “We want to give them, in three years, all of the skills and tools that they need so that never get to a point where they’re going to walk out.”

One of the tools available to CarolinaTIP participants is a Carolina Coach, a mentor who is more or less on call to listen and advise.

Schriro’s coach is Nicole Skeen, coordinator of the retention program. Skeen has made several visits to Schriro’s classes, which range from 14 to 32 students, and one day during Christmas break last year, Schriro and Skeen hunkered down at a local restaurant for four hours.

The subject of the summit? Classroom management, which Van Buren said is a big part of year one survival.

“So much of it is you just don’t know how you’re going to react and what you’re going to do until you’re in the situation in the classroom,” said Schriro, who was struggling to define what peer respectfulness looked like for her students. “I could identify the problems, but I couldn’t figure out what tangible steps I could take to get them from where I was to where we needed to be.”

After huddling with Skeen, Schriro came up with a document that clearly defined her expectations, “which sounds really straightforward, but it’s so hard to do when you don’t have the experience,” she said.

Keeping teachers in the classroom long enough to gain such experience benefits both the educators and their students, said Van Buren, who has been a high school teacher and principal, a college professor and worked for the S.C. Department of Education during her 31-year career.

There are financial benefits to retaining teachers as well. A 2016 study by the Learning Policy Institute found that it costs South Carolina $18,000 when a teacher leaves the profession. Van Buren said CarolinaTIP can provide the support needed to retain a teacher for $4,000 — a figure that will decrease as the program scales up. 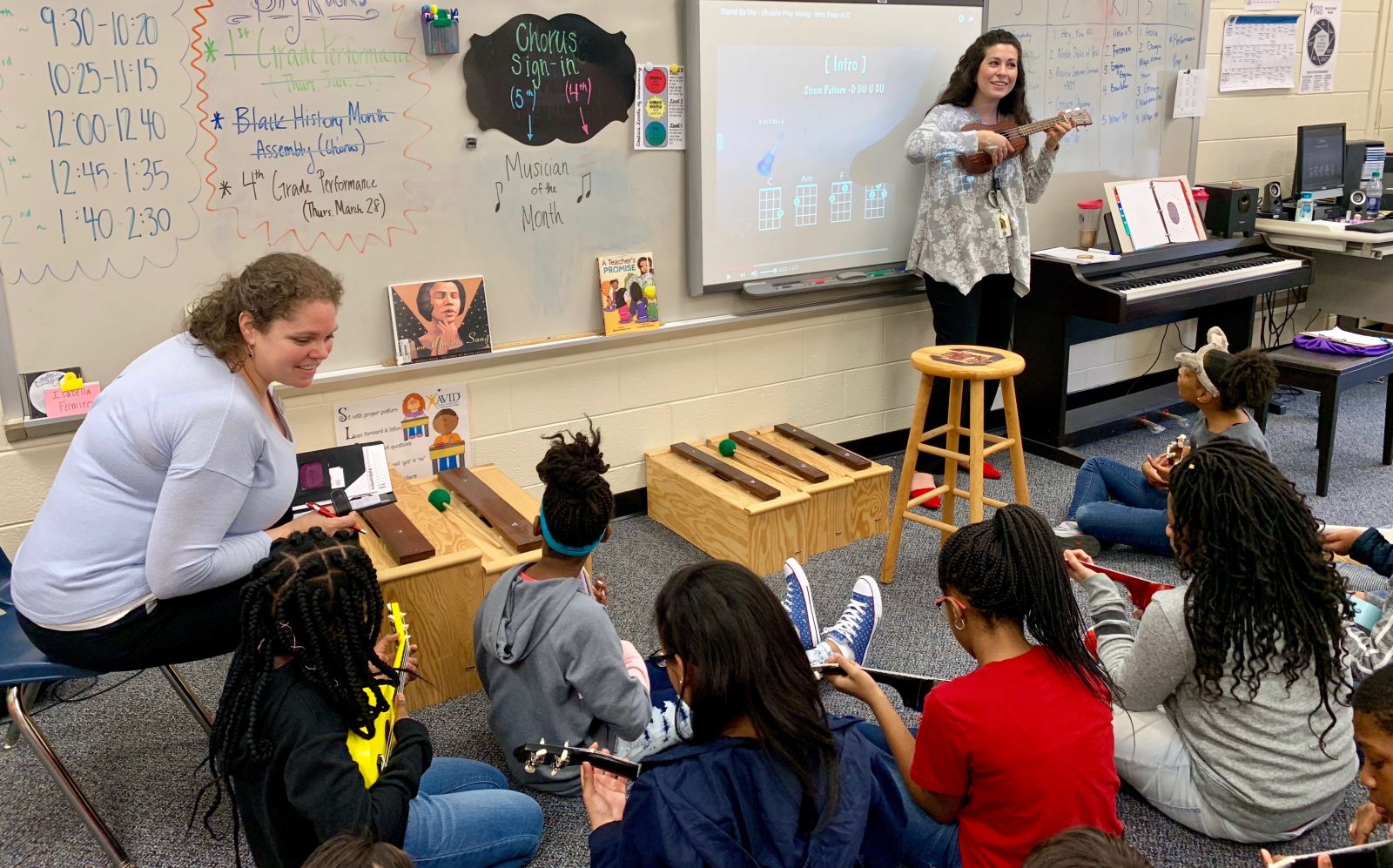 In its second year, CarolinaTIP has expanded to include 53 first-year teachers for a total of 68 participants in 38 Midlands schools spanning five districts: Richland One and Two, Lexington Two and Four, and Lexington-Richland Five.

Megan Carrero, principal of Fulmer Middle School in Lexington 2, has one second-year TIP teacher and one first-year at her school and has hired five May USC graduates and program participants.

“Oftentimes there’s a gap between what they’re learning in college and what they’re actually having to apply,” Carrero said. “TIP really just solidifies their bridge from that undergraduate program to the real-life teaching: The kids are yours, you’re planning, you’re assessing, you’re collaborating with colleagues, you’re managing a workload.

“When I interview candidates, they ask me if we’re a school that qualifies for (CarolinaTIP) services. It’s a good recruitment tool for us as well.”

The program’s immediate short-term goal is to establish a third group of first-year teachers and to compile measurable outcome data, Van Buren said. Longer-term goals include serving all USC education graduates and, eventually, all recent education graduates in the state.

For her part, Schriro entered her second year surer of herself, largely because of the efforts she made, with Skeen’s assistance, last year.

“Year two has already been a lot easier because of that help I got last year,” she said. “Confidence is a big part of it. I feel a lot more confident in my management because I know that it’s grounded in those solid definitions that we worked so hard to come up with last year.”

“I’ve used Nicole just as much this year as I did last year,” Schriro said. “It’s not like after the first year, everything is smooth sailing. Once you get those really big problems out of the way, it’s not like you don’t have any problems anymore. You just notice the other problems that you didn’t have a chance to notice before.”

Carrero has been impressed with the responsiveness and professionalism of coaches such as Skeen, whom she says provide services that complement those available through the district. “It’s a good partnership,” she said. “I trust them, they trust me, and it all manages to work.”

In her 11th year of administration after five years in the classroom, Carrero knows firsthand the advantages of retaining teachers.

“If I can keep them engaged and keep them supported, it’s only going to benefit the school and the students long-term,” she said. “We can get them in here, but we’ve got to be able to keep them.”

This article first appeared in the March 25 print edition of the Columbia Regional Business Report.