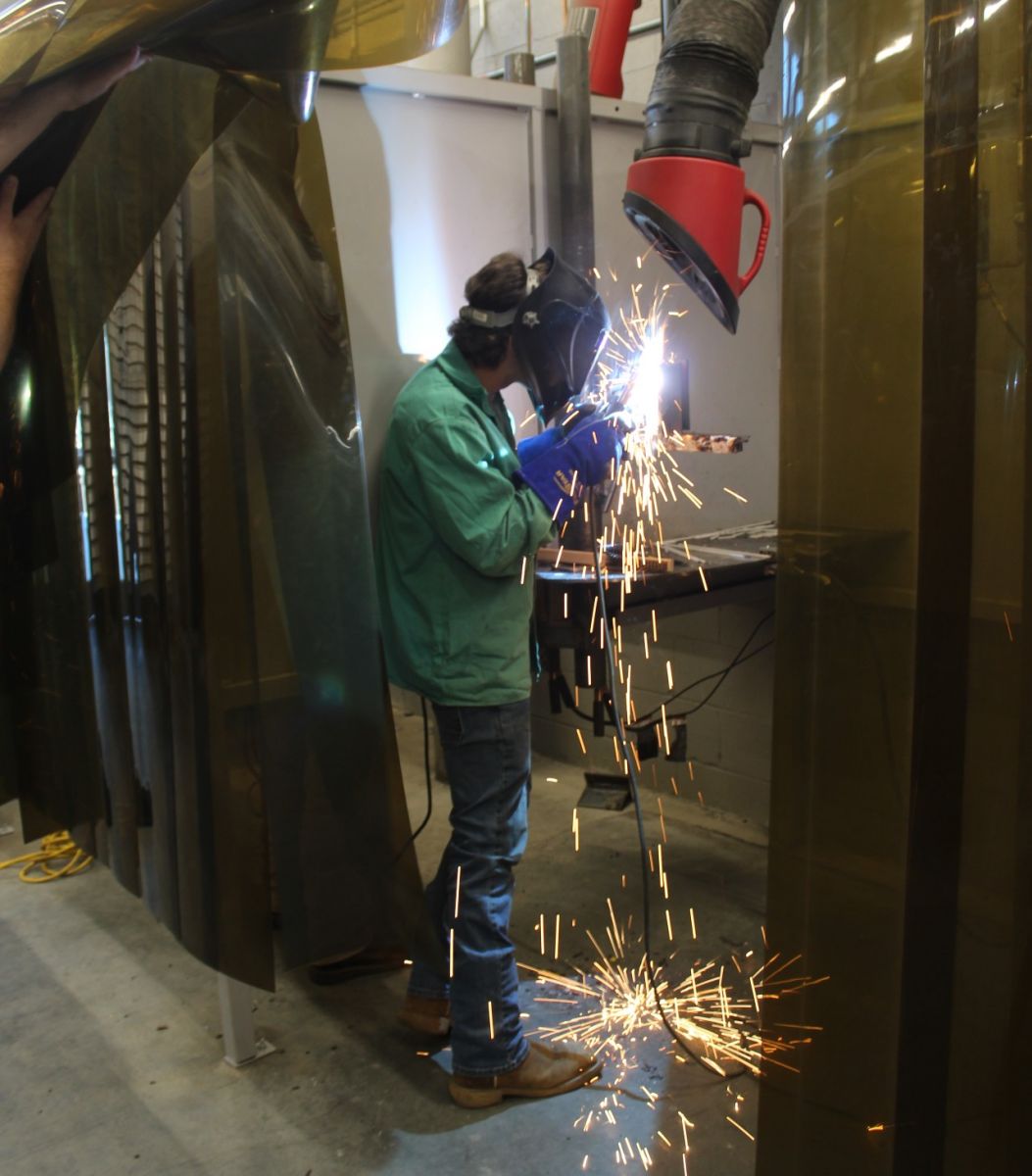 Sparks flew in a good way on Feb. 25 inside the new Welding Technology Center on the Airport Campus of Midlands Technical College.

Inside the center, more than 40 high school students from 11 schools around the state took part in MTC’s first-ever South Carolina High School Welding Skills Competition, a contest designed to give students a chance to show off their welding skills while also learning about the high demand those skills are in in the state and the nation.

The demand for welders nationwide is expected to grow about 8% between now and 2030, according to the U.S. Bureau of Labor Statistics. About 49,200 openings are expected annually across the country.

The current shortage of welders available to meet a growing demand in South Carolina mirrors the shortage of skilled labor facing both the state and the U.S. overall. The MTC event was created by Caleb Fulwood, director of MTC’s welding program, to generate interest in welding careers.

Fulwood stressed that welding is one of the most in-demand jobs in the state and doesn’t require a four-year degree.

Welders are needed in many of the fastest-growing industries in South Carolina including construction, shipping, automotive manufacturing and aerospace production plants. It’s also a skill frequently needed in the military.

Midlands Technical College offers both a certificate program in welding and a two-year associate degree in Welding Technology.

“Our programs teach all the fundamentals,” Fulwood said. “Someone can come in with no prior experience and, in a matter of months, have the skills they need to make $35 to $50 an hour.”

He noted that pay rate can climb for the highest-skilled welders and for those willing to travel.

The average annual salary for skilled welders nationwide is $41,628, but many welders make more than that depending on their industry.

Nick Legg, a welding instructor at MTC, noted that welding offers both job security and the chance to work almost anywhere.

“It’s also a skill-driven career because in welding, you’re judged on your individual skills and what you can actually do,” Legg said.

The competitors at the high school competition were between the ages of 15 and 18 and took part in two different competitions depending on their level of skill. The Category 1 segment involved welding a T-joint, while the Category 2 event involved executing a vertical groove weld.

Prizes for the competition, which were donated by local businesses, included welding machines and auto-darkening welding helmets.

“They’re pretty significant prizes because of their value and because they’re something the students can actually use on the job or at home,” Legg said.

The competition also gave the students the chance to check out the new $4.5 million Welding Technology Center, which includes 64 individual welding stations as well as extensive classroom and workshop space.

Kevin Gratton has been a welding instructor for 38 years and currently teaches at the Lexington Technology Center. He enjoys passing the skill on to his students because he knows it’s something they can use.

“What I teach them offers them a chance to go straight to work after graduation if they want or to come here to MTC and continue to study,” Gratton said. “I know they’ll be able to have a career.”