Outdoor classroom to serve as memorial for Kennedy's mom 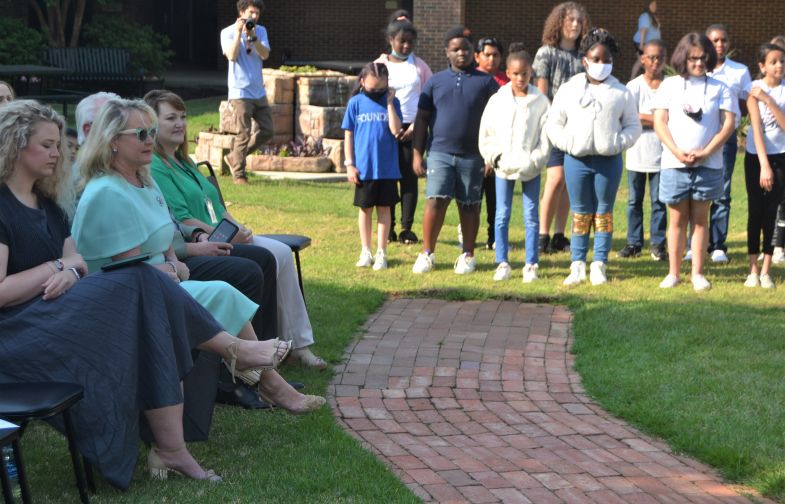 Lou Kennedy (in sunglasses) and students at Seven Oaks Elementary School during the dedication of an outdoor classroom in honor of Kennedy's mother, Nancy Thomas Wood. (Photo/Melinda Waldrop) 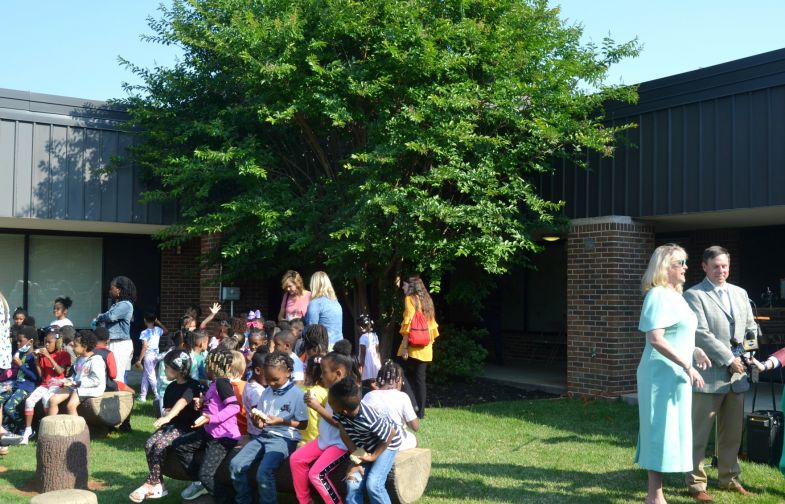 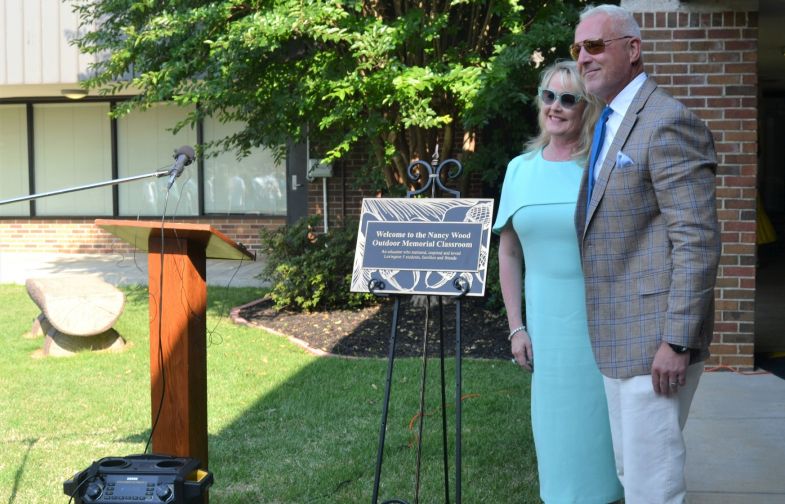 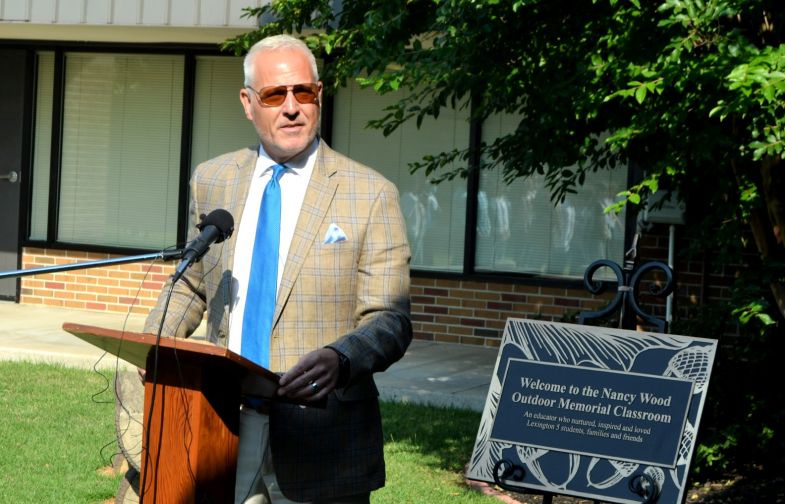 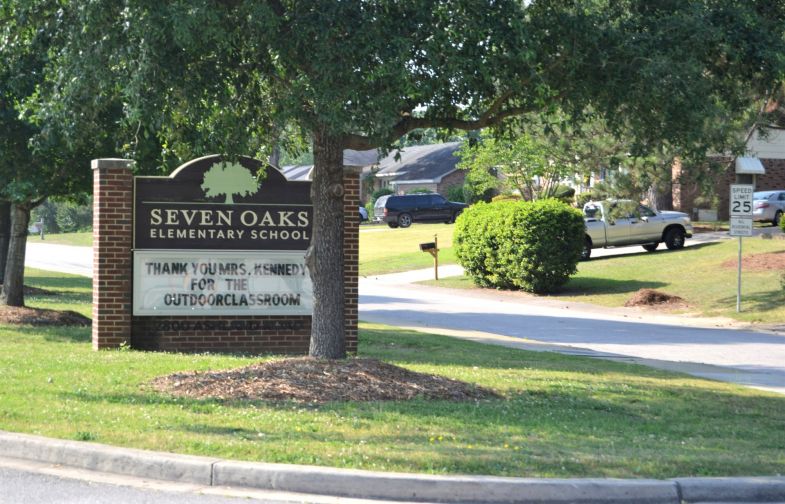 Lou Kennedy admitted to a few flashbacks as she stood in the bright sunlight filling an interior courtyard at Seven Oaks Elementary School on Thursday morning.

“This is where I stayed in trouble, in that corner,” Kennedy, owner and CEO of Nephron Pharmaceuticals Corp., said, gesturing to a honeycomb of hallways.

Kennedy wasn’t headed to the principal’s office on this day. Instead, she joined Seven Oaks students and Lexington-Richland School District Five leaders to dedicate the Nancy Thomas Wood memorial outdoor classroom in honor of her mother, a longtime teacher at the school who passed away last summer.

“I just wanted to do something to honor my mom, and there’s nothing she loved better than inspiring kids to do great things,” Kennedy said. “There are a lot of us that came through her class.”

Kennedy was required to address her mom as Mrs. Wood, just like the rest of the class – which included another future S.C. business leader. Sam Konduros, CEO of Southeast Life Sciences and founder and president of SK Strategies LLC joined his friend since first grade for Thursday’s ceremony and shared his most vivid memory of Mrs. Wood.

“I proudly pulled a tooth one day in class,” Konduros said. “Your mom was so cool. She properly celebrated it – ‘Look what Sam did!’ ”

However, the achievement took a turn when, during class reading time, young Sam stuck that tooth up his nose and had to be escorted to the school nurse by an unfazed Mrs. Wood.

“She said, ‘Class, please stay put’ and dragged me to the nurse,” Konduros said.

In remarks to the crowd, Konduros noted Kennedy’s commitment to public education, reflected in the plaque now standing among the stone benches in the outdoor classroom and in initiatives spearheaded by Kennedy at Nephron. The company has partnered with Clemson University to pioneer the use of robotic technology to prefill, cap and seal sterile syringes for hospitals and medical facilities at its 503B Outsourcing Facility and has donated equipment to Orangeburg-Calhoun Technical College.

In 2019, Kennedy launched Nephron’s educator outreach program, which employs teachers looking to make extra money on a part-time basis. The teachers work around their classroom schedules and responsibilities while pocketing $21 an hour.

She’s also focused on training and retaining talent in her home state.

Burgeoning business leaders roaming in the halls at Seven Oaks Elementary will now pass by the plaque honoring Kennedy’s mother, described as “an educator who nurtured, inspired and loved Lexington 5 students, families and friends.”

“We were in first grade in 1969 when man first walked on the moon,” Kennedy said. “It’s really cool to see that students are still blossoming and blooming here in this same place this many years later.”