The construction of two additional reactor units at the V.C. Summer Nuclear Station, once hailed as the renaissance of U.S. commercial nuclear industry, has been abandoned by S.C. Electric & Gas Co. Inc. and its state-operated partner Santee Cooper.

The utility companies, in separate announcements today, said they will cease construction of two 1,117-megawatt nuclear units because the cost to continue is too high. 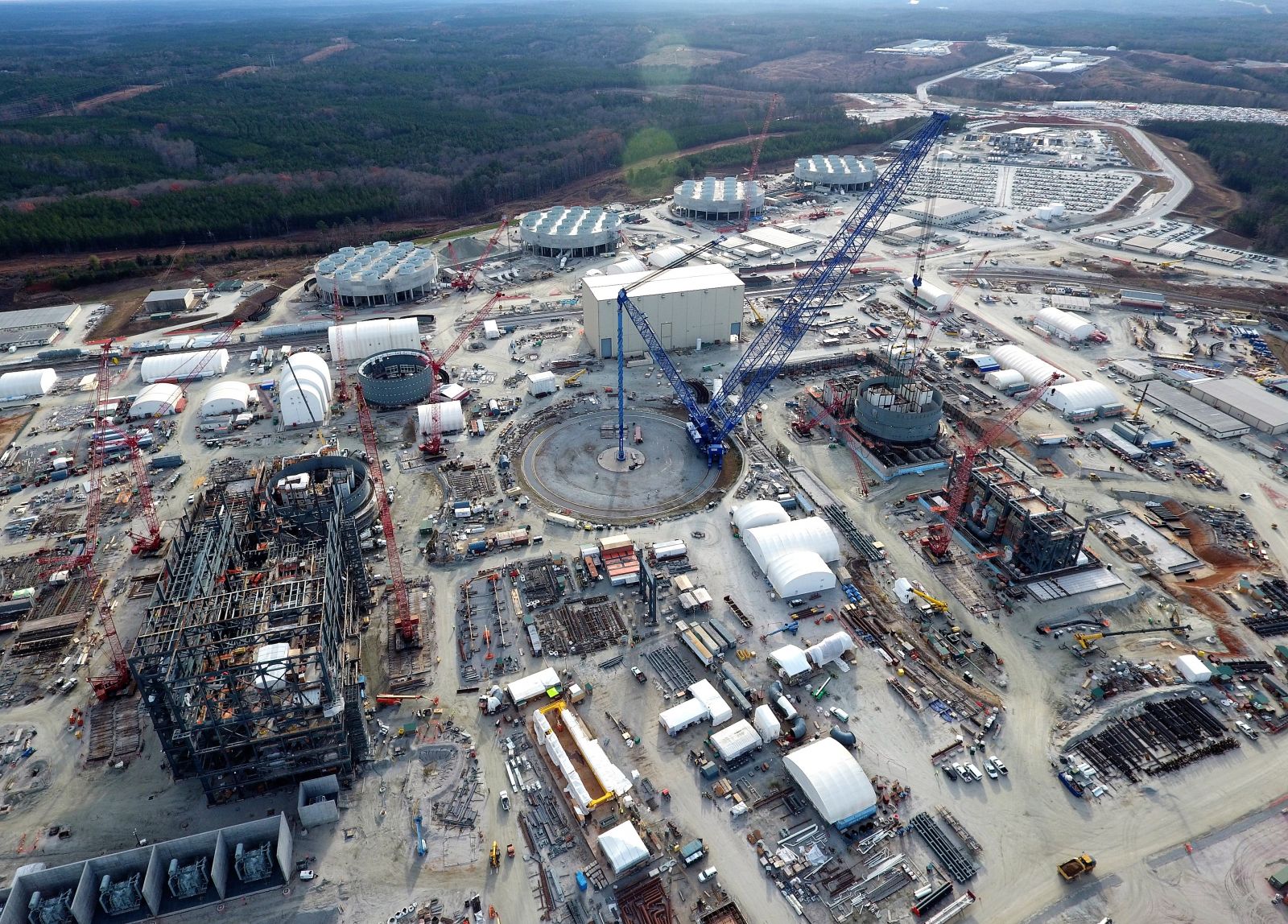 The project, which began in 2012, has cost the companies about $14 billion — some $3 billion over budget — and is at least four years behind schedule. Santee Cooper reported that an analysis showed its share of the deal could wind up being 143% above the original project price.

The total number of workers on the SCE&G payroll who will be affected is 617, according to a Worker Adjustment and Retraining Notification Act notice filed today with the S.C. Department of Employment and Workforce, plus an “unknown number of employees” of affiliated companies that provide administrative support to the project. The company has said a total of 5,000 are at the V.C. Summer work site.

SCE&G workers affected by the project shutdown have a number of different roles, including nuclear operators and engineers. The company said the separations are expected to begin Sept. 30, although some employees may remain on the job to assist with the shutdown.

The company plans to provide outplacement and other assistance to the affected employees, according to the letter filed with the workforce agency. The affected workers also will be able to apply for open positions within the company.

The decision is expected to save Santee Cooper customers nearly $7 billion in additional costs, including interest on the cost of borrowing money for the project, according to a news release.

SCE&G, principal subsidiary of Cayce-based energy provider SCANA, said its decision was influenced by the additional cost to complete the units; the uncertainty of whether Congress will provide an extension of production tax credits for the project; and the amount of settlement payments from Toshiba Corp., parent of the project contractor Westinghouse Electric.

“Based on these factors, SCE&G concluded that it would not be in the best interest of its customers and other stakeholders to continue construction of the project,” SCE&G said.

Abandoning the project under the state Base Load Review Act will allow SCE&G to recover some costs. The company added that it will use about $1.2 billion — its share of the $2.2 billion settlement from Toshiba — as well as “benefits derived from tax deductions to mitigate rate increases and lessen the impact on our customers for several years,” according to a news release.

SCANA executives are scheduled to brief the S.C. Public Service Commission about the decision from 10 to 11:30 a.m. Tuesday.

The most recent analysis, anticipating the rejection of the project’s fixed-price contract by Westinghouse in bankruptcy proceedings, shows the final cost for Santee Cooper to complete the project would have been $8 billion for construction and approximately $3.4 billion for interest. The schedule delays increased the projected interest costs 143% over the original plan, Santee Cooper said in a release.

An analysis by Morgan Stanley pegged the cost of the new units at V.C. Summer at about $19 billion, nearly double the $9.8 billion for the engineering, procurement and construction contract with the project’s contractor and designer Westinghouse that SCANA cited in an amended Form 8-K filed May 23, 2008, with the Securities and Exchange Commission.

“After Westinghouse’s bankruptcy and anticipated rejection of the fixed-price contract, the best-case scenario shows this project would be several years late and 75% more than originally planned,” said Lonnie Carter, Santee Cooper president and CEO. “We simply cannot ask our customers to pay for a project that has become uneconomical. And even though suspending construction is the best option for them, we are disappointed that our contractor has failed to meet its obligations and put Santee Cooper and our customers in this situation.”

SCE&G and Santee Cooper operate a one-reactor unit at V.C. Summer, which went into service in 1984.

Westinghouse filed for Chapter 11 bankruptcy protection in March, saying it wanted to get out of the nuclear construction business.

While the S.C. companies are pulling out of the V.C. Summer project, Georgia Power and Southern Nuclear, a subsidiary of Atlanta-based Southern Co., said they plan to continue construction of two reactor units at Plant Vogtle, near Waynesboro, Ga.

Those units are twins of the two reactors that were being built at V.C. Summer.

When the Georgia and S.C. projects were announced within weeks of each other in early 2008, industry observers said a “nuclear renaissance” was underway in the United States, where a new reactor unit had not been licensed by the federal government in 30 years.

SCE&G and Santee Cooper decisions that led to the scuttling of the V.C. Summer construction were labeled “disappointing developments for the U.S. nuclear industry.”

“As a first-of-a-kind nuclear construction project of this size and scope, the project understandably encountered many economic, regulatory and other challenges along the way, ” said Maria Korsnick, president and CEO of the Nuclear Energy Institute. “SCE&G and Santee Cooper, however, have always managed those challenges impressively. It is unfortunate that circumstances beyond their control have led to this outcome today. ”

Meanwhile, opponents of the project hailed the decision to shut down construction.

“The decision to abandon the V.C. Summer project is of monumental proportion and is a full admission that pursuit of the project was a fool’s mission right from the start, ” said Tom Clements, senior adviser at Friends of the Earth. “The damage that this bungled project has caused to ratepayers and the state’s economy must be promptly addressed by SCE&G, Santee Cooper and regulators, and all effort must be made to minimize that damage. SCE&G and Santee Cooper must now take on a large part of the project’s cost.”

Report how much it has and will COST the customers rather than what it is "expected to save Santee Cooper customers nearly $7 billion in additional costs". Management at both utilities should be replaced.

This is the 2nd time SCE&G has canceled multiple nuke reactors at VC Summer. The original project was for 3 reactors. Only one was built. The 2nd foundations at over $25 million were buried (over $500 million in todays dollars) and the 3rd never built with total loss of all engineering and planning expenditures. It's a disgrace that Santee Cooper and SCANA would make the exact same mistakes: TWICE!!! In exactly the same way: costs plus for multiple reactors instead of just one.

SCANNA / SCE&G have now pulled out, neither of these purchased project insurance to protect them from losses and consumers have been paying higher rates for this project as well as its delays and cost overages. How is the Public Service Commission going to make SCANNA / SCE&G reimburse consumers for this financial disaster that has been mismanaged by SCANNA / SCE&G from day one at the consumers expense.