Three years after it began collecting taxes, and a year after running afoul of the S.C. Department of Revenue, Richland County’s Transportation Penny Program soldiers on.

A total of 107 projects have been completed since 2013, the first year of collection for the penny sales tax approved by county voters in 2012. 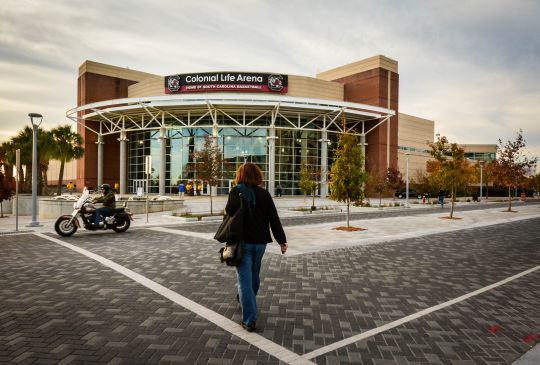 In 2016, major improvements funded by the penny program included the completion of a pedestrian bridge at Riverbanks Zoo and the Lincoln Tunnel Greenway and improvements to an intersection at Summit Parkway and Summit Ridge Drive navigated by as many as 20,000 vehicles a day. Substantial work was completed on Phase 1 of the Greene Street Innovista project, including progress on converting the street to a three-lane roadway with sidewalks and dedicated bike lanes from Assembly to Gadsden streets.

Through October, program revenue totaled $238.6 million, including $188.2 million in sales tax revenue, and $119.8 million has been spent, according to monthly updates on the county website.

The Greene Street project, which held a groundbreaking in June 2015, has proven to be among the most rewarding and challenging of 2016, said Rob Perry, Richland County director of transportation. “We’re hopeful to have everything finished by the end of this calendar year,” he said.

Perry said design changes to a restaurant being built in the northeast quadrant of what is to be the project centerpiece – an urban square near Colonial Life Arena – have caused delays.

“I’m going to be very pleased when it’s finished, but it’s been a bear,” Perry said. “It’s required a lot of utility relocations. It’s got a lot of granite. It’s a lot harder to put the granite in and get it cut. That’s been a challenge for us.”

Another roadblock in 2016 came in the form of a legal challenge brought by the Revenue Department, which alleged in December 2015 that it had found evidence of mismanagement of funds and illegal activity. The department turned over information to SLED to determine if laws had been broken. No results of a SLED investigation have been announced.

In late June, circuit court judge Thomas Cooper’s clerk notified county officials that Cooper was granting the county’s petition for the Revenue Department to release the tax proceeds it had begun withholding in April 2016. The Revenue Department collects the tax, sends it to the State Treasurer and advises that office how much to distribute to the county on a quarterly basis. 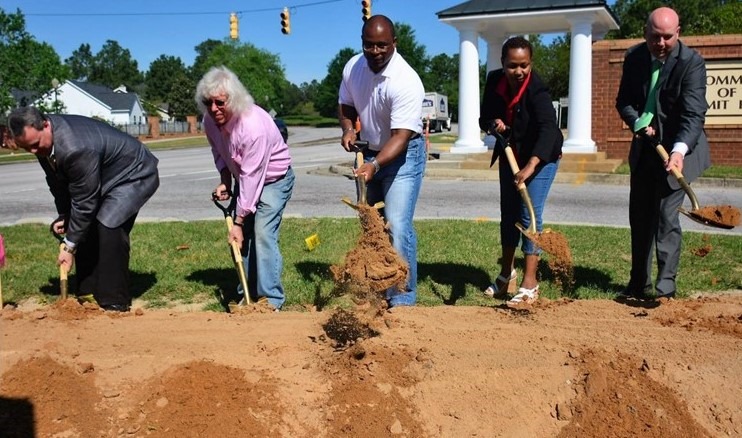 DOR director Rick Reames told county officials that the department was withholding the penny tax proceeds because County Council had not implemented a “common uniform standard” to make sure the money is being spent solely on transportation projects.

Reames has announced plans to resign as DOR director in January and will be replaced by Columbia lawyer and tax professional Hartley Powell, a former S.C. Department of Commerce employee.

“The South Carolina Department of Revenue remains committed to ensuring accountability and to protecting taxpayers and their dollars,” Bonnie Swingle, DOR public information director, said in an email. Swingle added that “everything is being handled through the court at this point.”

Perry said the withholding of tax proceeds caused the awarding of contracts for resurfacing some 20 miles of county roads to be delayed over the summer. Some of that work won’t start until March, Perry said, when the weather is warm enough.

Several key initiatives kick off in 2017, including widenings of North Main Street and Hardscrabble Road, the Phase 1 extension of Shop Road, more than 100 road resurfacings and 18 pedestrian improvements, including a stretch near Williams-Brice Stadium from Rosewood Drive to George Rogers Boulevard. Clemson Road widening begins in late 2017.

The Shop Road extension will funnel traffic to and from the China Jushi fiberglass manufacturing facility’s 80,000-ton production line, which is expected to bring $300 million in capital investment to the area and create 400 jobs.

“If DOR had been allowed to keep withholding our funds, that could have kept us from meeting our obligation,” Perry said.

Because money from the penny tax is used to fund public transportation, Perry also worried that the city transit system, the COMET, could have been adversely affected.

Logistic and legal problems notwithstanding, Perry said the penny tax program has funded a wide range of improvements in a relatively short time. He said the federal average for completing a road-widening project once work begins is six to eight years.

“I’m very excited that we’ve got so many projects out this early,” Perry said. “What I’m proud of at this point is we’ve been able to advance the project in just about every category.”

As the program continues, Perry said, “The shine will only get brighter for the penny.”

Through October, 107 projects of the Richland County Penny Transportation Program have been completed. Here are lists of projects completed in 2016 and those planned for 2017:

Resurfacing of more than 100 roads