Business leaders from across the state gathered at the Statehouse on Tuesday to show their support for the current roads proposal that was passed by the House Ways and Means subcommittee. The current bill is scheduled to be debated by the full House. 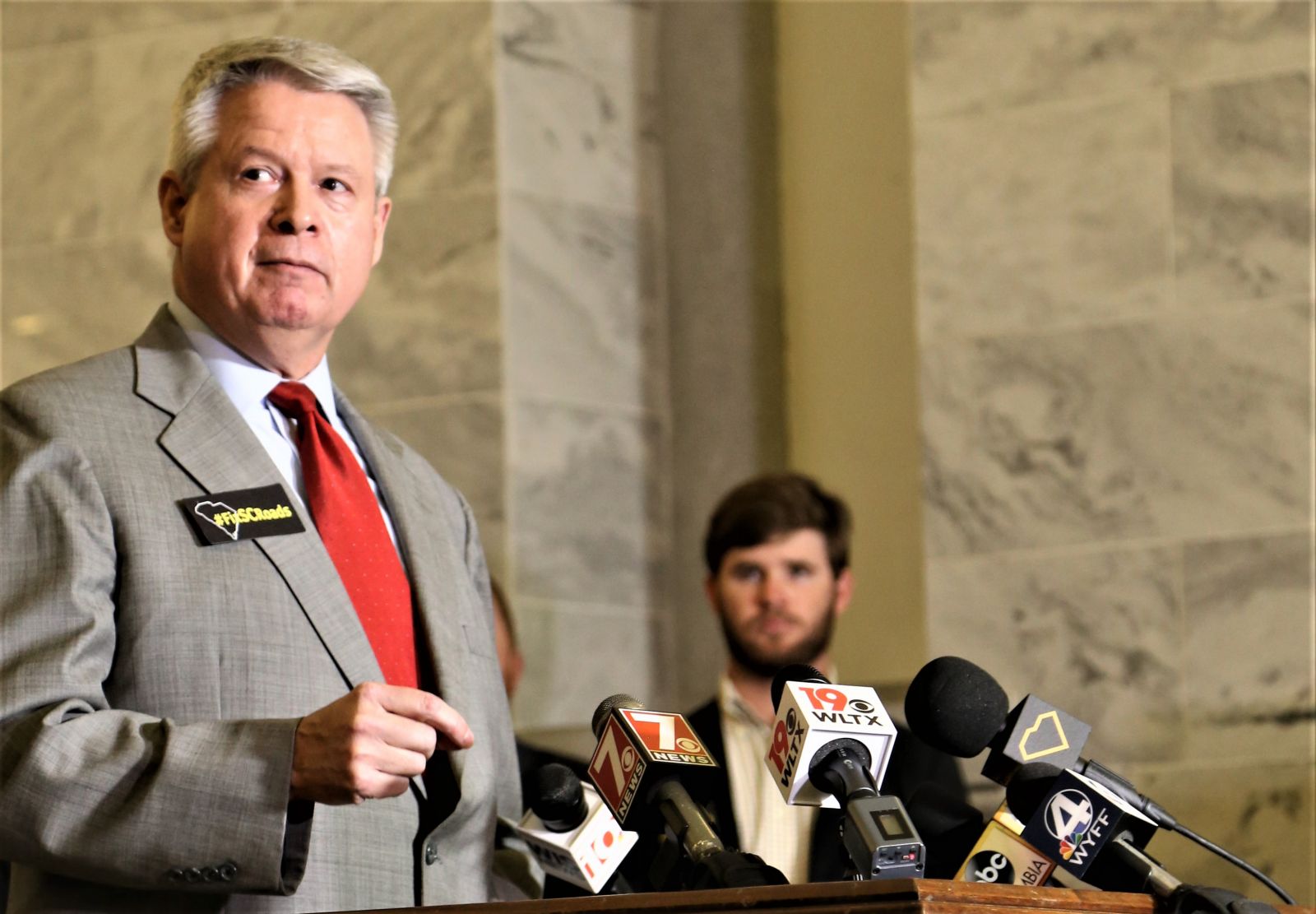 The House Road Funding Bill (H.3516) would raise South Carolina’s fuels tax by 10 cents over the next five years. The estimated $600 million gathered from the tax increase would go toward fixing roads and bridges throughout the state.

“We fully support this bill, and we urge the people’s House to pass it,” said Rick Todd, president and CEO of the S.C. Trucking Association. “It’s been a full 30 years since the Legislature last passed a long-term funding package for our statewide connected road system. The proof is in the pavement.”

Gov. Henry McMaster has said that a tax increase should be the last resort; Todd said the coalition has helped the Legislature scour the state budget but now will support the Ways and Means Committee's proposal.

“You can’t find enough money in the state’s current revenue stream through the budget. They have a lot of other strains on them, from the court-ordered education funding to the state’s pension obligations.” Todd said.  “User fees have typically supported the transportation system, and that’s what this coalition will continue to support.”

Michelin North America President Pete Selleck said that over the five years since his company began advocating for road repairs, the situation has only worsened.

“We believe that we are at the end of the road now,” Selleck said. “If we do not come up with a solid plan this year that is sufficient and sustainable over the long term, that in the long term it will do significant damage to this state. Economic development will seize up, and that’s critical to job development as we look forward to the coming decades.”

Ronnie Summers of the Palmetto Agribusiness Council stressed the importance of the state's roads and bridges to S.C. agribusiness, which he said represents an annual economic impact of $42 billion and employs more than 200,000 workers.

“Infrastructure is critical to the success and growth of this industry, and legislation needs to be approved this year to provide for a long-term solution to our state’s roads and bridges,” Summers said.

Patrick Barber, president and CEO of Superior Transportation and past chairman of the S.C. Maritime Association, spoke about the deepening of Charleston Harbor, a $2 billion investment to accommodate larger ships and more freight.

“I would argue that it does us no good to have the deepest port on the East Coast if our roads and bridges can’t accommodate the trucks and cargo from our terminals,” Barber said. “Our inland infrastructure must keep pace with our port infrastructure if we intend to keep international trade moving and growing.”