When landmark financial reform was passed in 2010, it was meant to change the way banks did business and help reinvigorate the economy after the Great Recession.

At the signing ceremony for the Dodd-Frank Wall Street Reform and Consumer Protection Act, President Barack Obama said the reform would foster innovation, not hamper it.

“It is designed to make sure that everybody follows the same set of rules, so that firms compete on price and quality, not on tricks and not on traps,” Obama said. 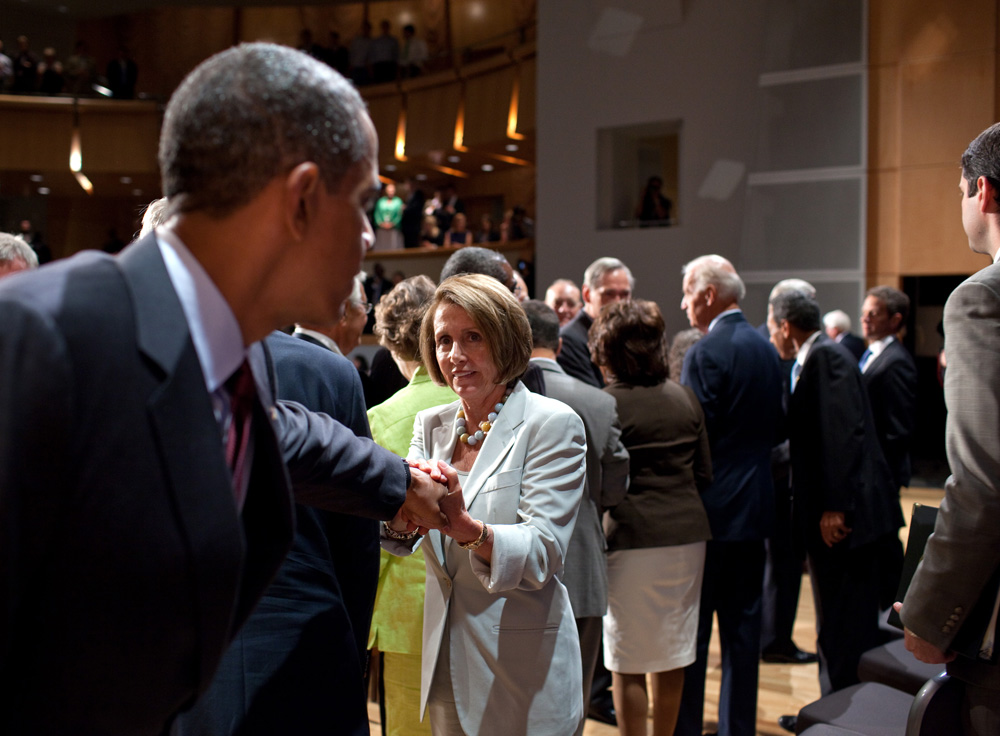 Seven years later, though, some banks say Dodd-Frank has indeed hampered their ability to lend to small businesses.

“The imposition of these demands does not benefit the public in any appreciable way,” Robert Hill, CEO of South State Corp., the holding company of South State Bank, said in June. Hill was speaking to the Senate Committee on Banking, Housing and Urban Affairs on behalf of the Mid-Size Bank Coalition of America.

“These requirements drain resources of midsize banks, and less money is thus available to provide credit to individuals and small businesses in our communities.”

Rick Callicutt, chairman of the Carolinas and Virginia region for Pinnacle Financial Partners, said there were “several things that were good about Dodd-Frank,” but he said the reactionary element of the law caused regulations that were meant for bigger banks to trickle down to smaller community banks.

“When they (the regulations) are interpreted at the most literal level all the way down to the smallest of banks, then it puts them in a box, and it puts them in a situation where they can’t even earn the cost of their capital,” Callicutt said.

“It puts them in a situation where they’re afraid to make loans, and the cost of managing that business is no longer an enterprise that makes sense.”

Prior to Dodd-Frank, Callicutt said, business lending was primarily about the relationship between the bank and the business, and banks had flexibility to help businesses when they were struggling because regulators looked more at a client’s performance over time than at documentation.

After Dodd-Frank was passed, “there was ... way less flexibility, way more capital required, and so the relationship became less important, and there really wasn’t a balance there anymore,” Callicutt said. “It was all about if you’ve got a client that has an issue or a problem, you need to figure out how to get them out of the bank, not figure out how to work with them.”

A business that was struggling would show up as a loss in the paperwork for regulators, even if it wasn’t actually a loss, he said.

Wayne Abernathy, executive vice president for financial institutions policy and regulatory affairs at the American Bankers Association, said banks have traditionally played an important role in startup of businesses, with over half of small business loans coming from community banks. With more time and resources devoted to keeping records, though, bankers have less time to seek out people who may want to start a business, he said.

Abernathy said a lack of capital isn’t the only factor slowing small business growth, but “banks are a significant part of getting new businesses started.”

Callicutt said banks are forced to put a lot more resources into compliance and risk management instead of customer service, which takes away from resources that could be used for loans.

“When you think about the details of it, it becomes a pretty close to impossible task, and what it creates is not only a bureaucratic nightmare for banks, but all sorts of regulatory risks for them, that they’re going to be filling things out wrong, getting definitions incorrect,” Abernathy said.

South State Bank, he said, was lending at the height of the Great Recession in 2009 and 2010, and during the recovery in 2011 and 2012. Even now, South State Bank is financing the new business school at The Citadel, the new Staybridge Suites in Mount Pleasant next to the Arthur Ravenel Jr. Bridge, and the Scout Boats expansion project, among other projects.

“We’ve always had, what we think, is a very safe and sound approach to doing business,” Medich said. “Dodd-Frank has certainly required us to spend some more money on compliance and to staff up from a compliance perspective and to produce some different reports, but we’re not ... trying — in any shape or form — trying to cut any corners.”

Medich said South State Bank feels that some parts of Dodd-Frank are not necessary, but that affects only the bank’s efficiency, not its lending.

With Republicans now controlling both chambers of Congress and the executive branch, one of the party’s top priorities has been loosening regulations imposed by Dodd-Frank.

The House of Representatives passed a regulatory reform bill to repeal parts of Dodd-Frank, called the Financial Choice Act, at the beginning of June. One of its main goals, according to the executive summary of the bill, is to create opportunities for small businesses through several measures that give businesses more access to capital and credit.

“With the Financial Choice Act, we will unleash America’s economic potential and give Main Street job creators desperately needed help so more Americans can find work, have good careers and give their families a better life,” Rep. Jeb Hensarling, R-Texas, chairman of the House Financial Services Committee and a sponsor of the bill, said in a statement.

The bill also relieves some of the regulatory weight that’s on banks, which would allow them to use resources in other ways, Abernathy said.

“Eliminating a fair amount of the compliance burden, the paperwork, the bureaucratic burden that the banks have been carrying, that’s going to be a significant help to banks lending to small business,” he said. “Usually the kind of paperwork that you have to do for a small business loan is greater than a loan for you and me because the bank is more at risk.”

The bill is now in the Senate, where members of the National Federation of Independent Business have been talking to senators to ensure the bill is a priority.

Benjamin Homeyer, S.C. director for the NFIB, said, “For small businesses, if Dodd-Frank were to be repealed or at least sections of it were to be changed ... it’s extremely helpful to small business, not just in South Carolina but across the whole country. And, as you know, small business really is the lifeblood of the economy of the United States.”

Abernathy said banks are already feeling more optimistic and willing to lend to small businesses because of the legislation and because of President Donald Trump’s appointees to various regulatory agencies.

“When you listen to the heads of the new regulatory agencies ... the new regulations may be trying to lift burdens. And look at the legislation as an example of that,” he said. “It creates a different kind of optimistic attitude on the part of banks. They feel that they can start putting together more optimistic business plans.”

This story originally appeared in the July 24, 2017, print edition of the Charleston Regional Business Journal