Ratepayers have their say before House committee as V.C. Summer saga continues 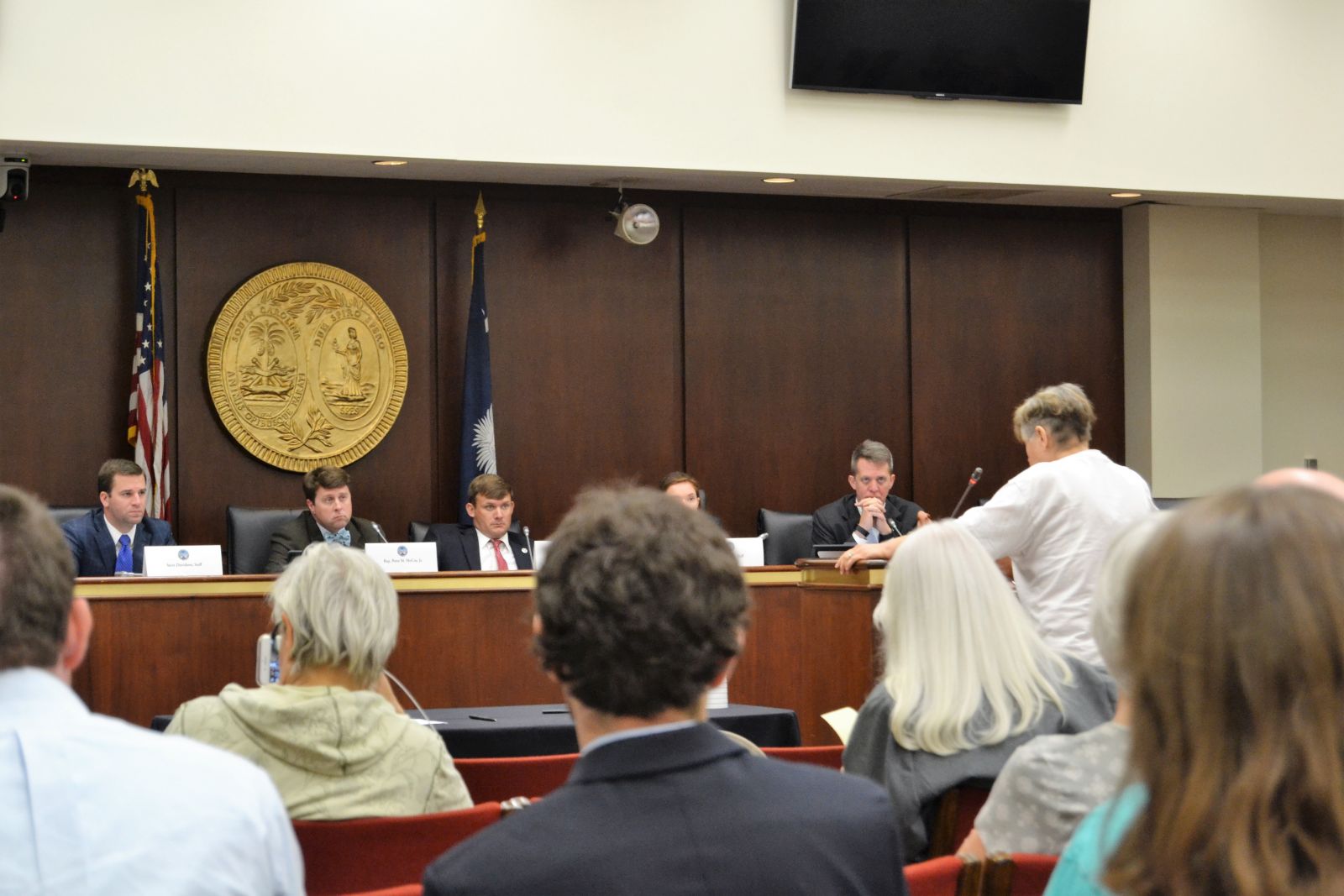 S.C. Electric and Gas ratepayers spoke out Tuesday at a legislative committee meeting as part of an ongoing probe into the failed reactor project at the V.C. Summer Nuclear Station.

The ratepayers called for accountability during the House Utility Ratepayer Protection Committee meeting, with the controversial Base Load Review Act featured prominently.

The 2007 state law that gave investor-owned utilities the ability to charge customers for power plants before they generate electricity also drew criticism Tuesday from S.C. Attorney General Alan Wilson, who said in an opinion that act is “constitutionally suspect.”

Four lawmakers probing the V.C. Summer project requested the attorney general’s opinion, which attempts to resolve questions of law but does not decide disputes. The 57-page opinion released by Wilson and written by solicitor general Bob Cook said the state is permitted to regulate publicly owned and private utilities “to the extent required by the public interest.”

“It cannot be considered to be ‘in the public interest’ to charge ratepayers for capital costs of an unfinished and abandoned plant,” the opinion said.

Santee Cooper owns 45% and SCE&G 55% of the V.C. Summer construction project, which collapsed after contractor Westinghouse filed for Chapter 11 bankruptcy protection in April. The project was originally budgeted to cost around $11.3 billion when approved by the S.C. Public Service Commission in 2009, but costs soared to closer to $20 billion. SCE&G and state-owned Santee Cooper spent about $9 billion – and charged ratepayers more than $2 billion – before abandoning the project.

Cook also said that the Fifth Amendment makes it unconstitutional to require ratepayers to bankroll a project that may never benefit them.

SCE&G has said it will ask regulators for permission to charge customers for the outstanding balance of the project. The legal opinion could provide lawmakers a vehicle for changing the law.

That would likely suit Columbia lawyer Bob Guild, who ticked off numerous red flags with the project at Tuesday’s Statehouse meeting.

“When this project was dead in the water, we filed a petition (in June) with the Public Service Commission to stop the construction and for reparations to ratepayers,” said Guild, an attorney for the Sierra Club and Friends of the Earth. “We will argue imprudence, but the Base Load Review Act will provide hurdles in our case.”

The meeting ended with the Office of Regulatory Staff, the state's top utility watchdog, calling for SCE&G customers to have their bills reduced and to stop being made to pay for the abandoned project. The organization also said that the Public Service Commission, which oversees utilities, should require refund credits for ratepayers if the Base Load Review Act is overturned.

SCANA vowed to contest that recommendation.

Ratepayer John Ruoff called for the re-creation of a consumer advocate office. He also lobbied for the repeal of the Base Load Review Act and greater transparency in utility policy.

David Isenhower told the committee he felt he was being forced to pay for a project he had no say in, while Wendell Bedenbaugh compared the V.C. Summer debacle to a car dealership promising a customer a car in 15 years, then calling five years later to say it can’t deliver the car but still needs full payment.

“It seems a fog has settled over SCANA, SCE&G and the Public Service Commission,” McCoy said. “The reports we received are damning at minimum, and to keep them from people is a real problem. It keeps me up at night.”

Investors who held SCANA stock between January 2016 and the present might have a claim, Motley Rice said in a news release. The law firm said it is looking into allegations that SCANA hid the project’s troubles from shareholders and regulators.

On Friday, The State newspaper reported that current and former SCANA officials sold more than $3.4 million worth of stock since February 2016, months before a damaging report detailing numerous problems with the project became public – transactions that SCANA said are individual decisions that must comply with securities laws.

Other reports of project problems continue to surface. Documents obtained by the (Charleston) Post and Courier newspaper show that construction drawings used for the two 1,117-megawatt nuclear reactors lacked the stamp and signature of a licensed engineer, as required by state law.

Last Thursday, SCANA and Santee Cooper received federal subpoenas for documents related to the project, including audits, project assessments and due diligence reports.

Santee Cooper received the subpoena, dated Sept. 7, on Sept. 8, three days after Gov. Henry McMaster’s office gave federal prosecutors a copy of a report drafted by the Bechtel Corp. that pointed to a lack of management, vision, goals and accountability between SCANA and Westinghouse. The subpoena requests the Bechtel report and all emails related to its investigation, findings and non-disclosure.

The report wasn’t made public until lawmakers threatened to subpoena it last month.

SCE&G is not going to refund or cut rates unless regulatory, State or Federal government legally forces this monopoly to correct their mistakes. SCE&G should be forced to halt dividends, stop all management bonuses, cut raises while reducing rates to refund the over 20% collected over several years.