Continued growth in the Midlands has been a concern for regional mayors during the last year, and that trend doesn’t look to be slowing heading into 2018.

Blythewood Mayor Mike Ross said his town’s growth is geared toward residential areas, with many families moving into town. “Some problems are good to have, and this is one them,” Ross said during the Mayors Metro Forecast, part of the Columbia Regional Business Report Power Breakfast Series held Thursday morning at the Doubletree by Hilton in Columbia. 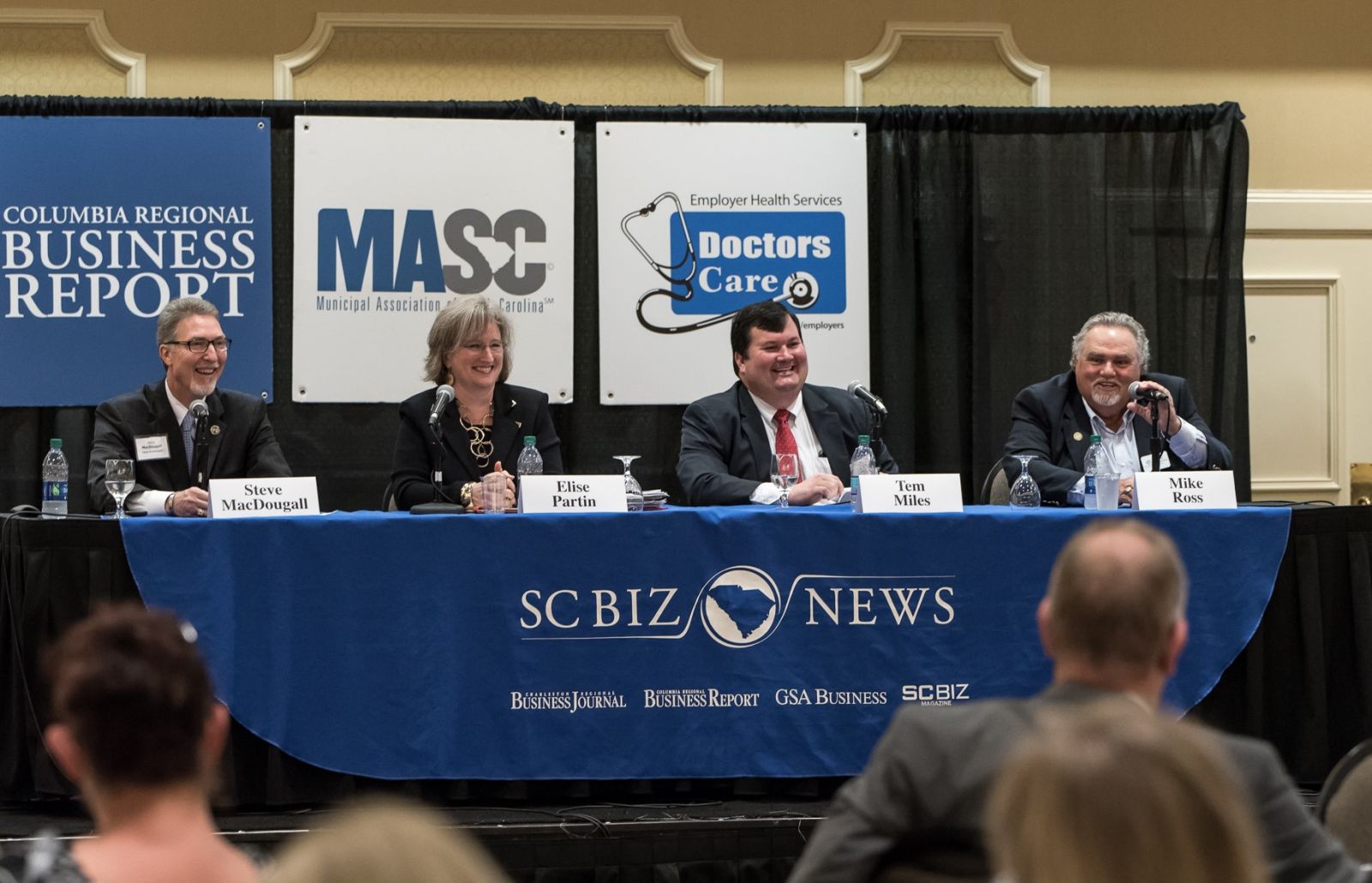 “Right now, everybody is traveling the same roads as 30 years ago,” Ross said. “Our problem is infrastructure that leads to congestion.”

To help with the problem, Ross announced a projected roundabout, or traffic circle, to help alleviate a portion of the gridlock through town. He said the project is on schedule and construction could begin as early as next spring.

Overcrowded roads continue to be an issue in Lexington County, but the town has launched multiple projects to help ease traffic at several county hotspots. The first of those projects started more than two years ago with the implementation of an adaptive computerized signalization system.

“We have linked traffic lights at 19 intersections and have another 16 planned before the project is completed,” MacDougall said. “We instituted the (2%) hospitality tax, and that money has been dedicated fixing our roads.”

MacDougall said the town is also partnering with Lexington Medical Center to add 12 intersections in proximity to that campus to the system.

Growth also leads to a need for more protection, and Miles said West Columbia is trying to improve its recruitment and retainment of police officers. “We want to make sure we have the people in place to keep response times low,” Miles said.

Cayce has begun addressing the challenge of revitalizing a section State Street in Cayce that once comprised the heart of downtown but now includes several unoccupied buildings that have “lost their mojo,” Partin said.

“Those buildings are not inhabited and are used to store things,” she said.

Cayce threw a Soiree on State street party event last year, giving local artists a chance to showcase their work in those revitalized buildings. Partin said the event led to one of the buildings becoming occupied and others acquiring building permits for new businesses.

Partin also addressed the potential sale of SCANA, headquartered in Cayce. She said the utility’s operations have far-ranging effects, and whatever happens matters for current and potential business statewide.

“If you’re going to make this deal, you have to keep x-number of jobs here,” Partin said. “That matters not just to Cayce, but to every town represented here today. It matters to the whole region as an economic development issue.”

What about the natives of SC...we are being run over and run out!