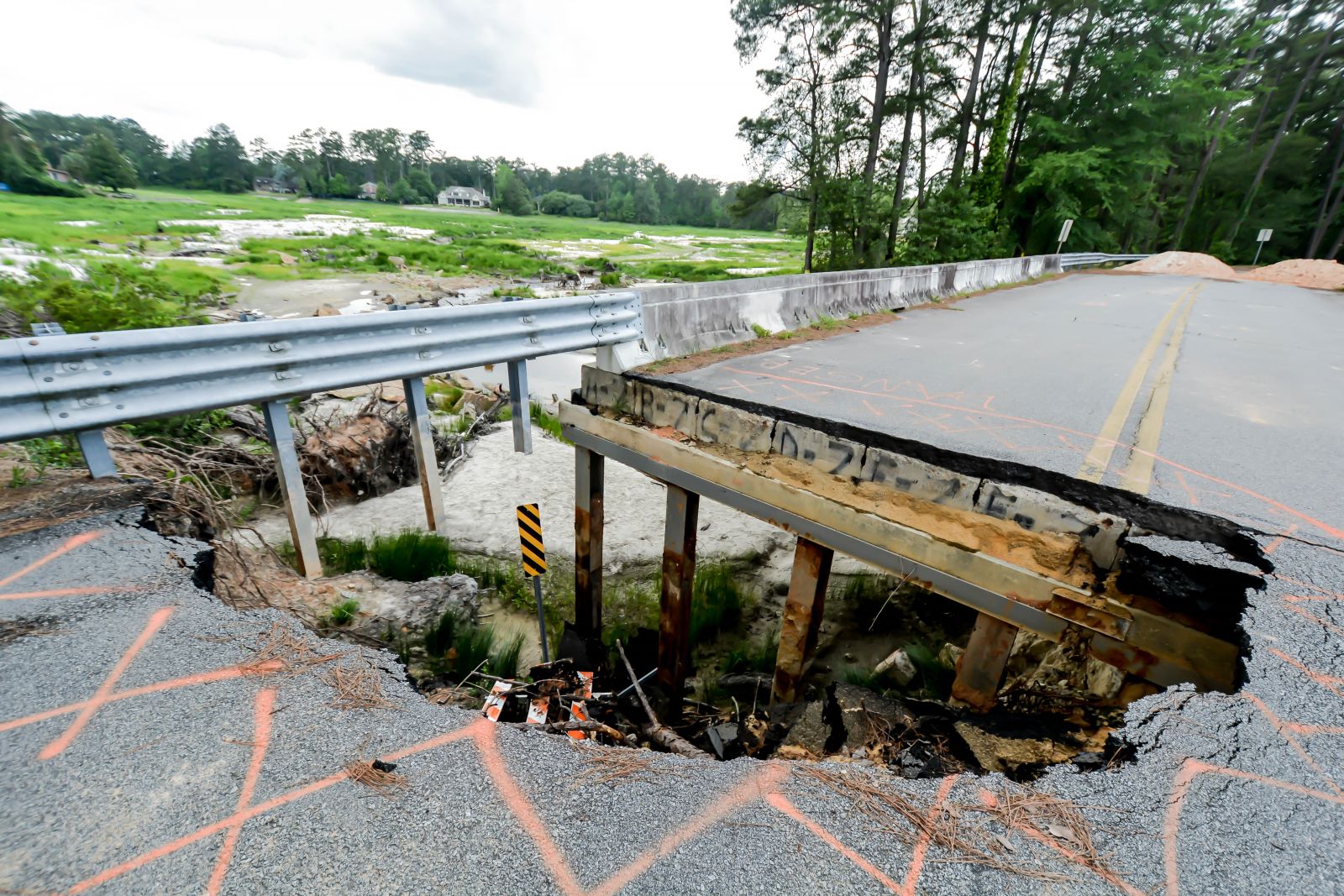 “We want insurance companies in the traditional market to come in and write flood insurance. I want to see them compete with the NFIP,” said Ray Farmer, director for the South Carolina Department of Insurance.

Farmer paints a dire picture of the NFIP federal program — one that is $20.5 billion in debt and will have to be restructured, he said.

“They’ve been heading in this direction year after year and at some point, Congress will have to address it,” Farmer said.

“(Private) companies have the authority to write flood insurance, they just haven’t had the appetite because the coverage at the NFIP has been subsidized by taxpayers and they really couldn’t compete.”

He says the industry is ripe for a change.

In attempt to spur that change, the South Carolina Private Flood Insurance Act was signed into law in late September. It allows private insurance companies to come up with new and innovative ways to offer flood insurance — coverage that can be tailored and competitively priced against the federal program.

The act, which will go into effect on Nov. 28, is modeled after successful legislation passed and implemented in Florida, Farmer said.

Among the key provisions is that allows flood insurance can issued by private companies and tailored to specific properties, whereas the NFIP is a one-size-fits-all coverage.

“It’s about trying to find certain niches in the market and certain types of risk at a more competitive price,” said Russ Dubisky, executive director of the South Carolina Insurance Association. “There are niches like a structure that only has parking on the first floor that won’t be a structural loss if it floods, low-limit options, or options for areas where you’re less likely to get a total loss.”

Another provision in the act would facilitate fast approval of flood insurance rates from private insurance companies, Farmer said.

“They (private insurance companies) file the rate and we have 30 days to look at it and then it can put it into effect,” Farmer said. “The rates still have to meet the standards in that they cannot be excessive or unfairly discriminatory.”

Farmer said that he believes there will be an increase in NFIP flood insurance rates coming down the line, allowing private insurance companies to be even more competitive.

“We’re trying to remove any hurdle an insurance company has put up in the past about why they don’t want to enter the market,” Farmer added. “Some (private insurance companies) say it was too difficult to get a rate approved. This act eliminates that argument.

“Hopefully, it will encourage them to come into the flood insurance space.”

Dubisky said The South Carolina Insurance Association is supportive of the bill.

“I think it’s an open invitation for companies to come in with different products or innovative products that would cover the peril of flood,” he said. “What the law does is it removes some of the traditional regulations that are in place for insurance companies to invite them to come in and try new things.”

On the fifth anniversary of the 2015 catastrophic flooding in the Columbia area, where widespread, heavy rainfall caused major flooding — and where many properties that flooded were located in designated “no flood zones”— Farmer said he hopes the new legislation will entice more customers to purchase flood insurance.

“A lot of people in the Midlands learned the hard way that in a traditional homeowner’s policy, flood insurance is a separate coverage that you elect to buy,” Farmer said. “The majority of the homes that were damaged were not in traditional high-risk flood zones. We went to a shopping center in the area to talk to the public and heard heart-wrenching stories from people. One lady came up to me and said, ‘We’ve lived in our house for 31 years and we paid it off, so we didn’t think we needed it.’

Dubisky said additional education about flood insurance that results in more people purchasing it could make rates even more competitive in the private market.

“We don’t want to have direct subsidies of low-risk areas (paying for) high-risk areas, but there’s always some efficiencies that are gained by spreading it out, so we hope that this just encourages the market to go in and have the opportunity to make products that are a little bit different than the NFIP,” he said. “Most consumers would be shocked to see how affordable flood insurance is, especially if you are outside high-risk areas.”

Farmer said the act is a step in the right direction.

“In the long run, this is going to take time, but it’s a way to make our marketplace more attractive to do business and more attractive for the consumer,” he said. “I appreciate the legislature listening to us and passing the bill and the governor signing it.”

This article first appeared in the Oct. 26 print edition of the Columbia Regional Business Report.