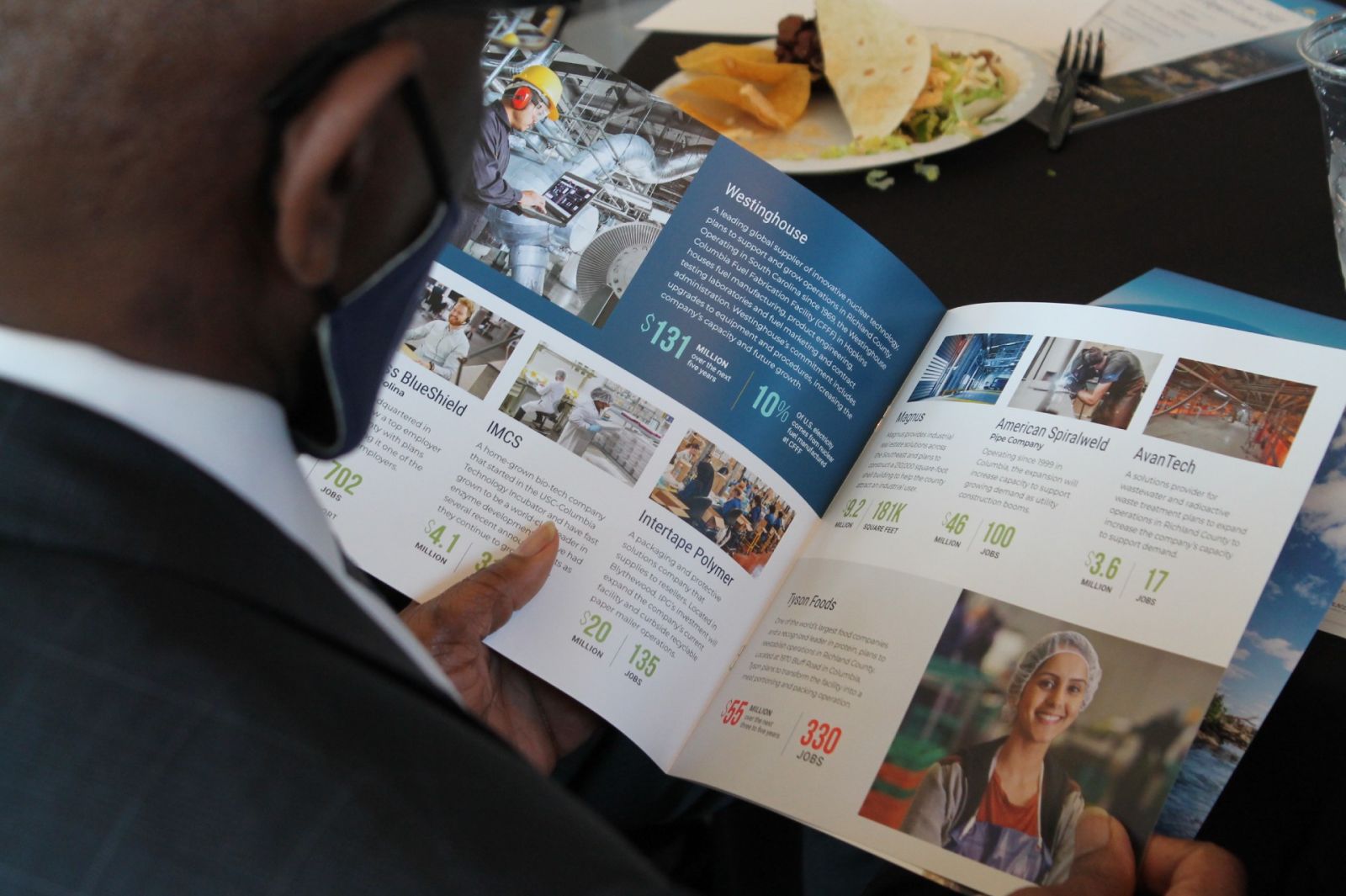 Richland County had its second-best year for capital investment in history in 2021, according to an annual report released Tuesday by the Richland County Economic Development Office.

The release took place at a special launch event held at 701 Whaley that drew political and business leaders from around the county who celebrated the year’s accomplishments and called them the result of strategic planning as well as effective collaboration between county leadership and the business community.

Other companies planning expansions include Intertape Polymer, American Spiralweld and AvanTech, according to the report, available online at www.richlandcountysc.com.

Jeff Ruble, director of economic development for Richland County, said the recent successes are the result of more than a decade of hard work, strategizing and planning. The county economic development office did not even exist until 2011, but since its formation, the county has benefited from having an office dedicated to attracting investment and development, he said.

“We believe that economic development is a process, and for many years here in Richland County we just didn’t have that process in place, but now we do,” Ruble said. “What we have now is an office that plans for the future, and we are seeing the results of that planning. We’ve logged four of our best years in history over the past five years.”

Ruble noted that part of the county’s strategy for success has been acquiring more property for industrial parks to enable companies to build more facilities, and work in 2021 included absorbing and developing 460 acres the county purchased in 2020.

November 2021 saw the beginning of operations for Mark Anthony Brewing at its new facility on 200 acres in the Pineview Industrial Park. Both county officials and representatives from Mark Anthony said the planning and collaboration approach promoted by RCDEO is what led to the company’s decision to come to the Midlands.

The new plant makes White Claw hard seltzer as well as Mike’s Hard Lemonade and Cayman Jack cocktails. The plant currently employs 163 people and recently made offers to 75 more after a hiring event, according to Danielle Diaz, director of people operations at Mark Anthony.

Diaz said the company came to Richland County for two reasons. One was the location, because the company needed to expand its operations in the Southeast to adapt to the rapidly growing demand for hard seltzer products in the region. The other, she said, was because of the support the company got from Richland County’s leadership, evident in the readily available acreage for the new plant.

“We broke ground on our facility in November 2020 and our first product at the new plant came out in November 2021,” Diaz said. “That's a remarkably fast turnaround that happened because of a lot of teamwork, partnership with the community and the ability to have the proper utilities in place.”

The report also highlighted the goals of RCEDO’s comprehensive economic development plan for the Columbia region, which include offering more opportunities for entrepreneurs, building a stronger information technology community and using both local and worldwide marketing to promote the growth of the region’s IT cluster. Some area industries targeted for future development focus include financial services, software and IT services, biotechnology, and health care IT.

With a median age of 34.5 fueled by a large number of college students and nearby military bases, Columbia’s workforce is the youngest age in the state, Ruble said, and that offers a promising future for further development.

“There is a lot of talent already here in the Midlands, and part of the goal is to hold on to that talent by offering them great places to work,” he said.