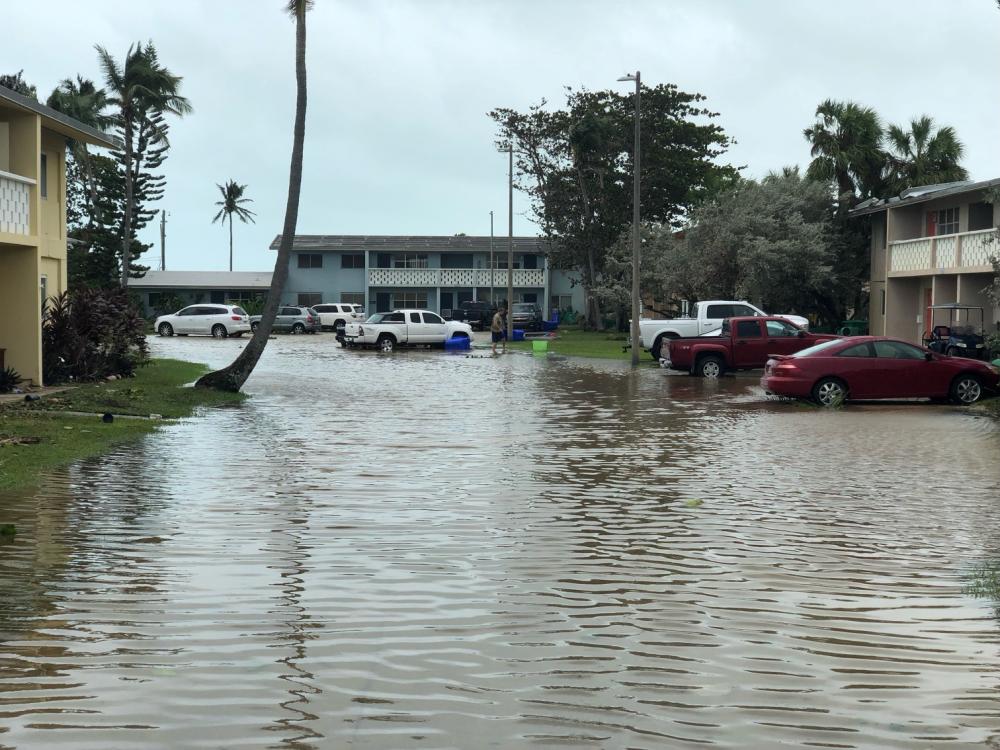 S.C. state officials continued to prepare for the arrival of Hurricane Ian Thursday afternoon as forecast trends for the storm grew "more concerning," according to an official from the National Weather Service who spoke at a 4:15 p.m. briefing.

The National Weather Service and National Hurricane Center now expect Ian to strengthen back to a Category 1 hurricane and make landfall Friday morning along the S.C. coast, most likely near Charleston, officials said. That would be the first hurricane to make landfall in the state since Matthew in 2016.

S.C. Gov. Henry McMaster issued a state of emergency at 3 p.m. Wednesday and activated the state’s emergency activation plan, which activates the S.C. National Guard and eases some regulations such as weight limits on bridges, truck drivers’ hours and certain licensing processes.

No evacuation orders had been issued for the S.C. coast as of Thursday afternoon. McMaster said during the Thursday briefing he would not be ordering  evacuations or closings and instead urged South Carolinians to use common sense and be aware of potential threats.

“We know this is going to be a serious storm, but we know we can handle this if we use our heads," McMaster said.

Ian made landfall as a Category 4 storm around 4:30 p.m. Wednesday south of Punta Gorda, Fla. As of  4 p.m.. today, the National Weather Service had issued hurricane warnings for the entire S.C. coast, while flood warnings were in effect for Darlington, Florence and Marion counties. Storm surge warnings were issued for portions of Beaufort, Charleston, Colleton, Georgetown, Horry  and Jasper counties.

Officials from various state departments are mobilizing resources to address potential effects of Hurricane Ian, with tropical storm-force winds expected to reach the S.C. coast by Friday. Most of the Midlands, including Richland and Lexington counties, is under a tropical storm warning.

The S.C. Emergency Management Division's operations center will begin 24-hour operations on Friday, according to EMD director Kim Stenson. He said department officials will monitor the storm's progress and be in contact with county officials around the state to determine their needs. He said EMD has already received some requests for sandbags and high water vehicles.

"This is not just a coastal event," Stenson said. "We expect this storm to affect the whole state."

Shelters opened beginning at 8 a.m. Thursday in Charleston and Jasper counties, according to Mike Leach, director of the S.C. Department of Social Services. He said as the storm progresses, people can text “shelter” and their zip code to 43362 for a list of shelters open with 200 miles.

Around 100 additional employees from the Upstate on Thursday joined  2,100 employees from the S.C. Department of Transportation who were relocated to the coast to prepare for the storm and deal with issues that arise such as downed trees and flooding, according to DOT director Nanette Edwards. She said officials will be monitoring wind conditions throughout the weekend to determine if bridge closures are necessary for certain high bridges such as the Ravenel and Interstate 526 bridges over the Wando River in Charleston County. High bridges are closed if sustained winds reach 40 mph or higher.

McMaster also did not order school closings, though several Midlands districts have already modified schedules. Richland One and Richland Two schools will switch to a remote learning and work day on Friday because of the storm.

Lexington 1, Lexington 2 and Lexington-Richland District 5 will also switch to a remote learning and work day on Friday and close all school district buildings.

Residents are encouraged to complete their preparations, have medications on hand and have an emergency plan for each member of their family, said Edward Simmer, director of the S.C. Department of Health and Environmental Control. He reminded people that emergency vehicles such as ambulances and fire engines may not be able to operate normally in sustained high winds.

S.C. Adjustant General R. Van McCarty said 100 members of the National Guard have been activated and will be stationed along the coast in areas near Charleston and Dorchester counties, equipped with high water vehicles and other supplies that could be needed for water rescues.

"We prepare for these types of events all the time and we are prepared to deal with this storm," McCarty said.

McMaster said he has been in touch with the governors of Georgia and North Carolina to discuss how the storm might affect their states. State officials have been in touch with Florida Gov. Ron DeSantis’s office, but S.C. has not offered any assistance yet because of ongoing preparations for Ian’s arrival here.