Having a worldwide health crisis hit less than two months after opening a shop isn’t an ideal scenario, but Odd Bird Books owner Ben Adams is finding there have been a few positives to the tweaks he’s had to make to his fledgling business model.

Online orders have increased, Adams said, and he’s begun delivering books, which he hadn’t planned to do before the new coronavirus interrupted daily life around the globe but has discovered to be a good revenue generator. 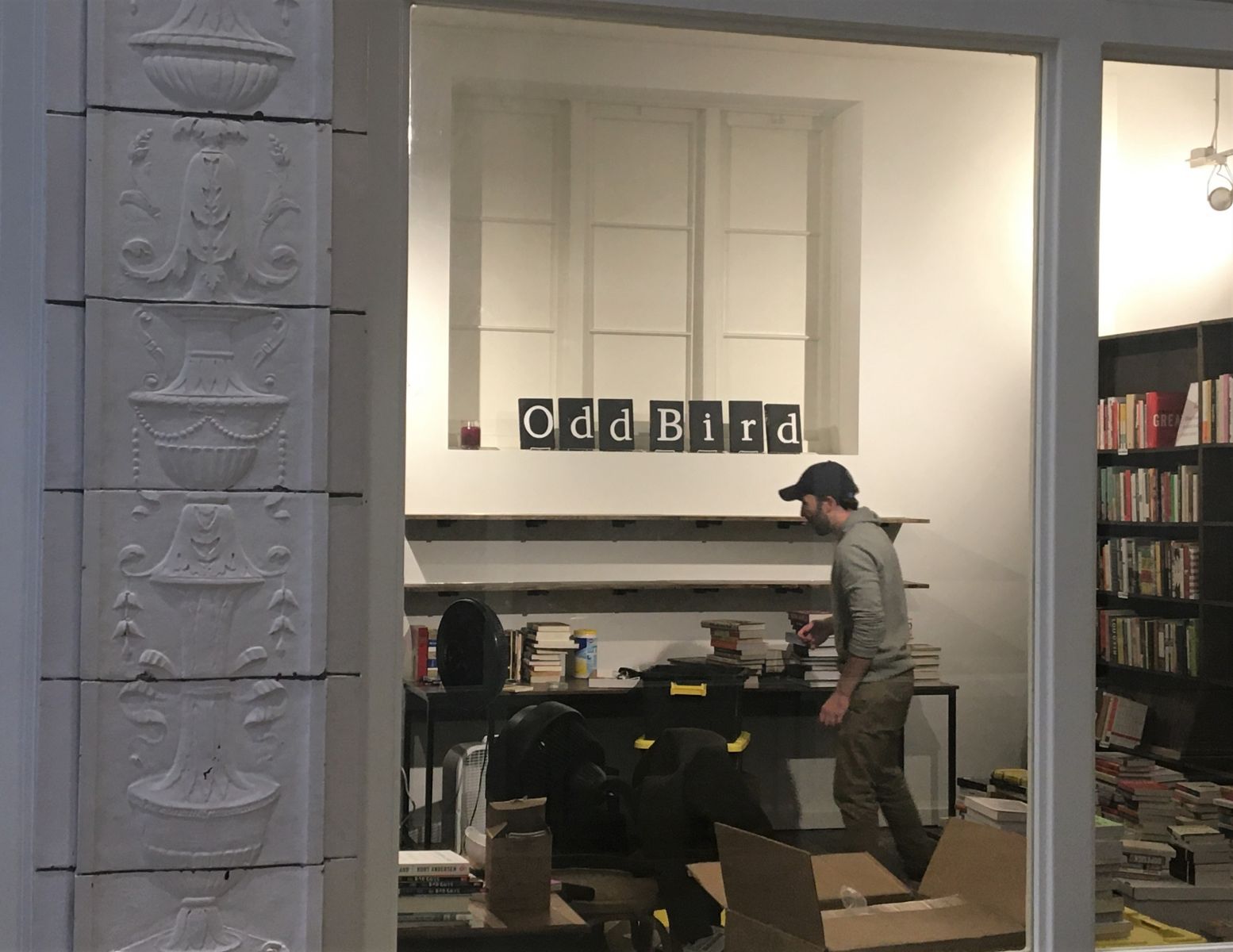 “Foot traffic’s down a lot, but there have been some other increases,” Adams said. “Right now, it’s kind of a mixed bag for me. It’s not all bad, though.”

Adams opened Odd Bird Books in downtown Columbia’s Arcade Mall in February. When interviewed last week, Adams said the Arcade doors on Main Street remained open and folks were still coming through them, though not as many as before.

“We don’t have a lot of foot traffic on any given day anyway. ... On a slow Monday before the virus, we saw maybe 10 customers,” Adams said. “Now we see three to five.”

Today, Adams said those main doors had been locked, but he was manning his shop from 10 a.m. until 6 p.m. for pickups and delivery. This weekend, Odd Bird Books placed a cart outside the Arcade offering free books to passersby.

“Pickups, delivery and online orders have increased by a lot,” he said. “So far, it’s increased more than the foot traffic has decreased. I anticipate that stuff will kind of trail off, too, because it’s kind of novel right now. People who want to avail themselves of it are going to do it sooner than later, so I expect that we’re going to have some really, really quiet weeks coming up.

“But I realize we’re in a better position to absorb that than a lot of other businesses. ... It’s not devastating to our model to work that way, with preorders and an individual, one-customer-at-a-time basis, the way it would be with restaurants and all these other business that regularly need people to come in.”

If Adams is no longer able to open the doors to his shop, “I could completely transition to just online and delivery-type stuff and still get by for a month or so,” he said. “How long this gets prolonged becomes a whole different story. If it’s longer than a few weeks or a month, then I might be a lot less optimistic. But for a couple of weeks to a month, I can keep kind of treading water and playing defense like I am right now.”

Adams, a Columbia native, has a master’s degree in English that he’d imagined putting to use as a writer, but instead found his niche sharing literature in a different way. He was working at a bookstore in Charleston when a back-of-his-mind plan to open his own store in his hometown merged with available downtown space late last year.

“It’s definitely discouraging to just start and get hit with this, but again, it wasn’t gangbusters. It was a slow start anyway, so it’s just prolonging how slow the slow start part that I had already anticipated was going to be,” he said. “If there might be a silver lining, I’m happy it happened sooner rather than later, when things were really rolling. If we were just starting to do really well and then got hit with something like this, I would feel it a lot harder than I’m feeling it right now.”

Adams plans to apply lessons learned during the past two weeks to his business in the future.

“I might actually keep some of these business practices,” he said. “If there’s any upside to this, it’s people being more creative and kind of reimagining how a lot of their business model stuff could work.”