COPING WITH COVID: Craft and Draft

Socializing has taken on a new meaning these days for Andrew Johnson.

Before COVID-19 concerns, Johnson, co-owner of Craft and Draft, could usually be found behind the bar at one of the bottle shop and tasting room’s two locations, chatting with customers and pulling taps.

“That’s probably, emotionally, the hardest part for me, because so much of what we do is because of customers and because of people, the social interaction,” Johnson said. “That’s so much of what we do, having conversations with folks. That’s been — I don’t want to say a challenge so much as an adjustment, not having five to 10 conversations at one time with any number of people every day.” 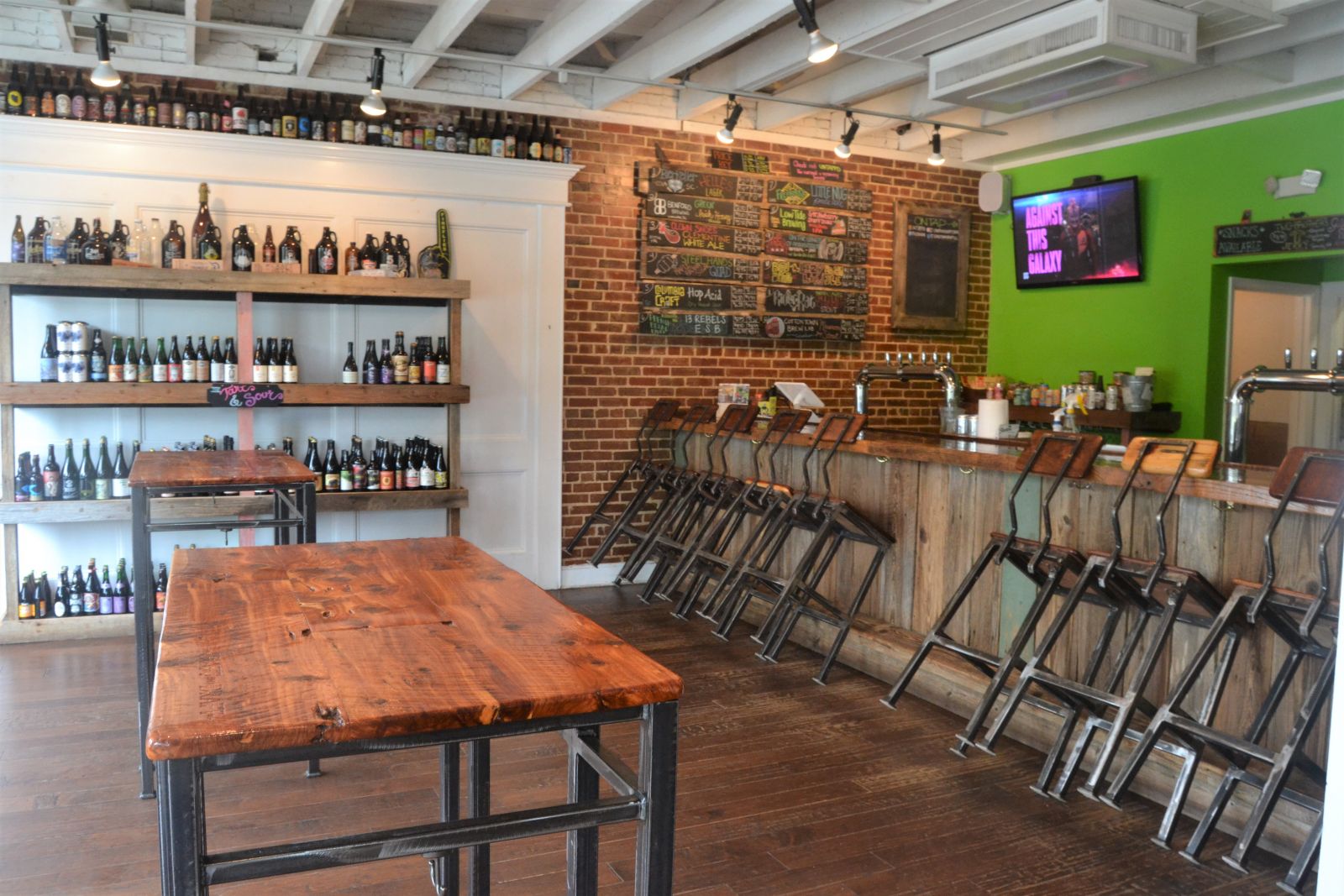 On the flip side, Johnson has been able to spend more time with wife Sarah and their two young sons.

“Ultimately, you look at it from the grander scheme, and I’ve had a lot more family time here lately,” he said. “I see my kids in the morning more because we’re not rushing to go out the door: ‘Put your shoes on, put your pants on, eat your Pop-Tart.’ It’s not a mad rush. It’s quality time that we’re spending with the family. So there’s some adjustments that we’ve made that have been good, too.”

Business demands still require Johnson’s attention. He estimated sales to be down around 20% at both locations combined.

“We’re off, like everybody else, but it’s nothing crazy,” Johnson said. “Irmo’s kind of taking a hit, because we were only open for two months, so a lot of that is just dealing with the fact that people still don’t know we’re there. And we’re not in a neighborhood, we’re in a shopping center, so the foot traffic there has been noticeably down, but nothing we can’t deal with.” 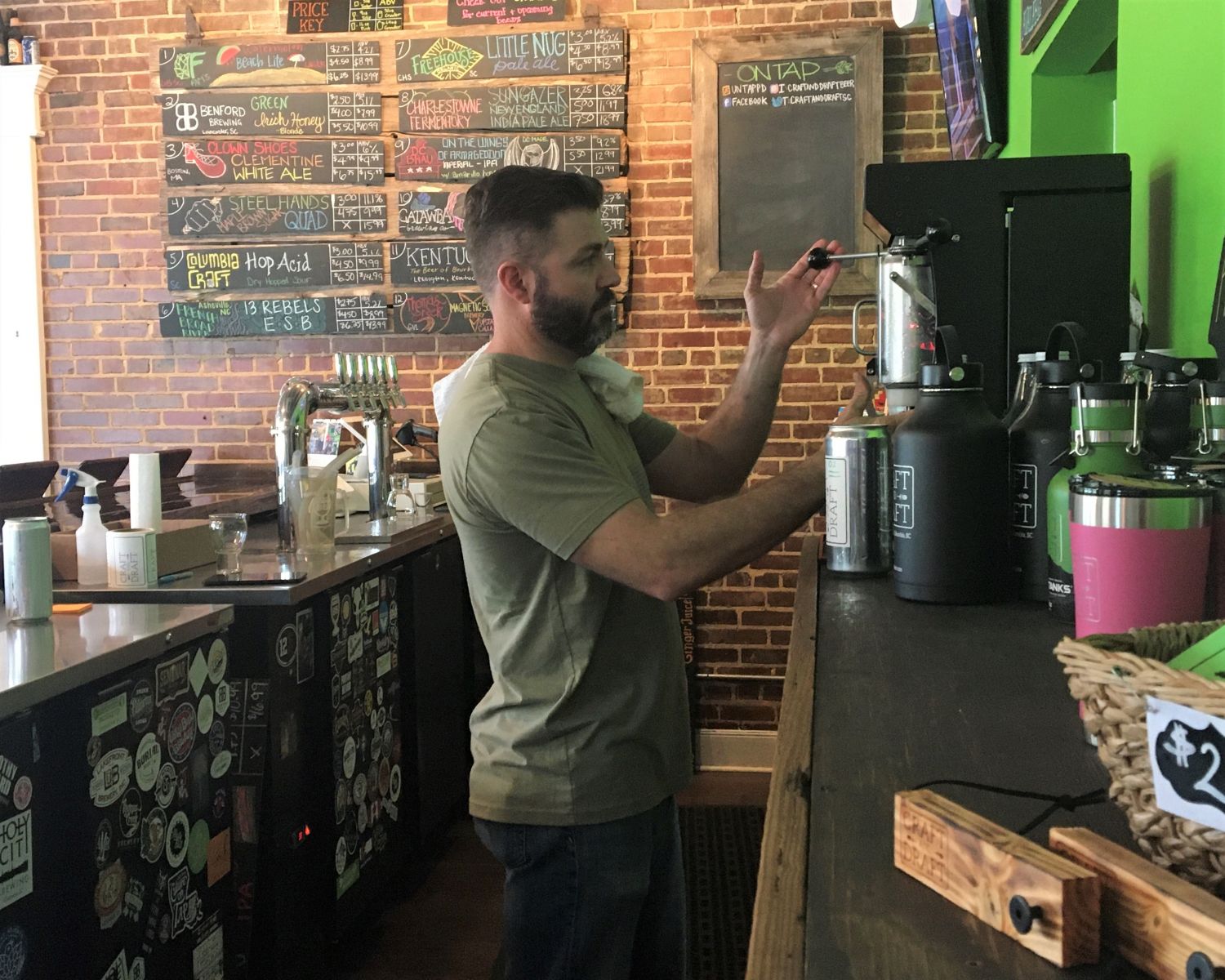 So far, dealing with his new normal has meant deferring payments and cutting costs, including his own salary.

“Basically all non-essential spending is zero dollars a month — essential spending being payroll and costs of goods sold and really nothing else: employees and goods that we can buy and resell,” Johnson said. “That’s what generates cash flow for us. Without the two of those, the business wouldn’t exist in the first place. We’re pinching pennies when we can and do what we can for however long and then going from there.

“  … We’ve never seen anything like this before. There’s really no rule book on how to handle a pandemic. The biggest thing is practicing social responsibility. I think what we’ve learned is do our part and we’ll hopefully kick this thing sooner than later. That’s the goal.”

Johnson was at work this past Sunday, which was his birthday. He celebrated with social media stories where he answered random questions from customers and Cousins Maine Lobster food truck, which normally attracts winding lines.

“We saw our Sunday foot traffic come through,” he said. “We had the lobster truck here and there was never a line, which was weird but probably a good thing. We made the most of it.” 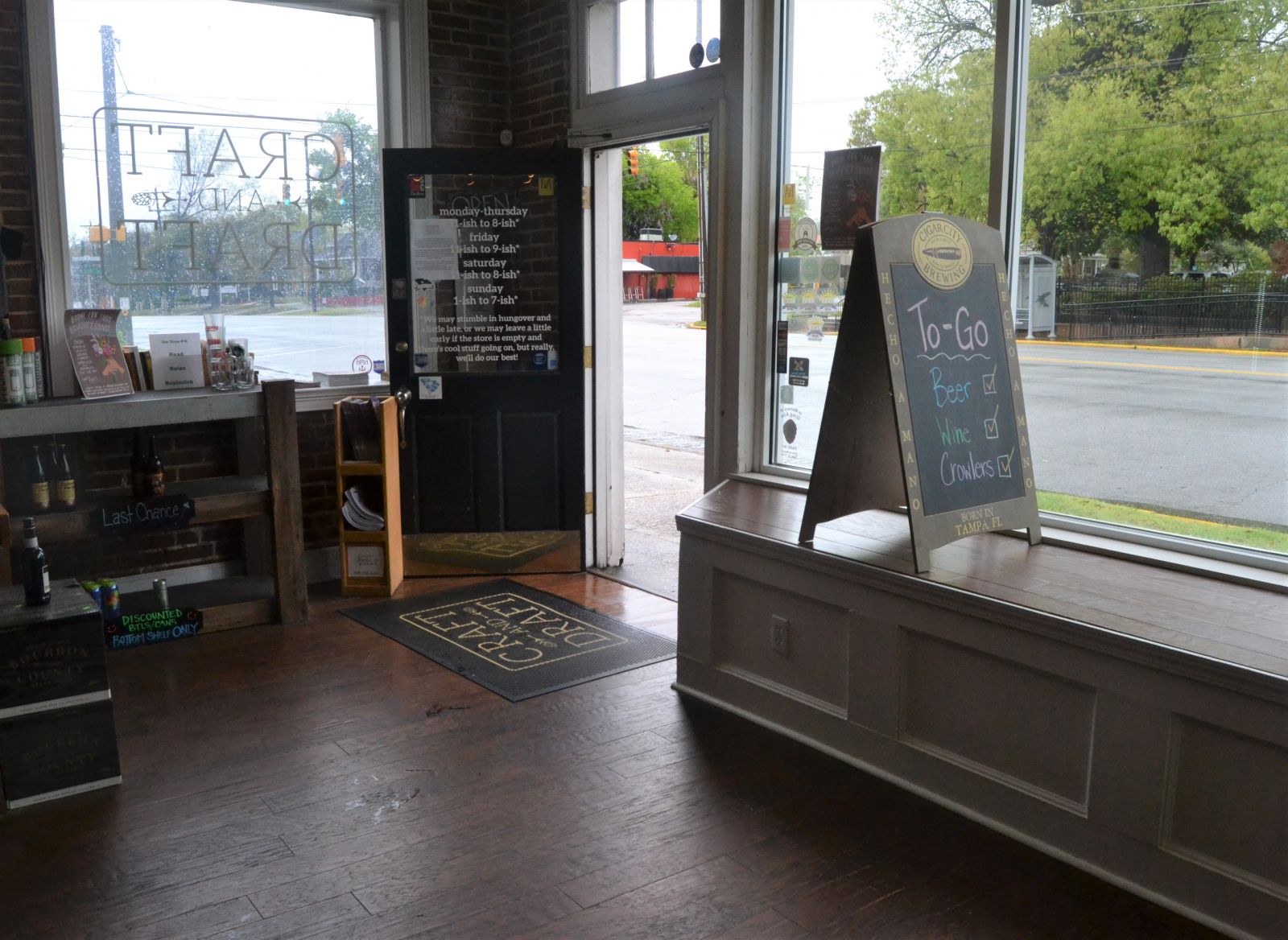 Johnson is also making the most of his increased family time. He spent Tuesday morning reading to his boys before they watched a live stream of virtual tours of the South Carolina Aquarium.

“We watched sea turtles and birds and fish,” he said. “They were glued to it. We were learning things. There is social interaction still. It’s just within the four walls of our house, and it’s quality time and it’s things that I, in the last week, have really come to appreciate. Plus it really helps kind of take your mind off all the issues that are going on and kind of gives you a little time to reflect and realize this is why we go to work. We do what we do for living because we love what we do, but we also have families to support.”

While encouraging people to continue to patronize his business, Johnson also hopes they support other local merchants as well.

“Buy your beer from us, of course, and buy your food from a local establishment,” Johnson said as he drove back from Pita’s on Taylor Street with two bags of pitas and some homemade hummus. “Try to support the businesses that you would normally support under ordinary circumstances. If you have a Tuesday night pizza night, continue to do that. Go by Nicky’s (in Five Points) and get your pizza. Just take it home with you. Come buy here, grab a six-pack, and enjoy some quality family time with the same food and the same beer that you usually do.”

Barring the state shutdown of all non-essential businesses that he realizes may be coming, Johnson said the Craft and Doors will still be open — albeit to largely empty sidewalks and parking lots.