In the year and a half his restaurant has been a part of the Blythewood business community, Trippy Phillips has done his part to contribute.

McNulty’s Taproom has been serving up cold beer and hearty fare since November 2018 while also sponsoring Little League teams and other local pursuits. Now, with his sit-down dining business shuttered because of the COVID-19 crisis, Phillips is finding another way to help out.

McNulty’s is feeding the front-line staffs at area hospitals. On Wednesday, Phillips’ team fed around 200 people at Providence Hospital’s Northeast and downtown locations, and on Thursday, around 100 medical professional dined on pans of lasagna at Lexington Medical Center. 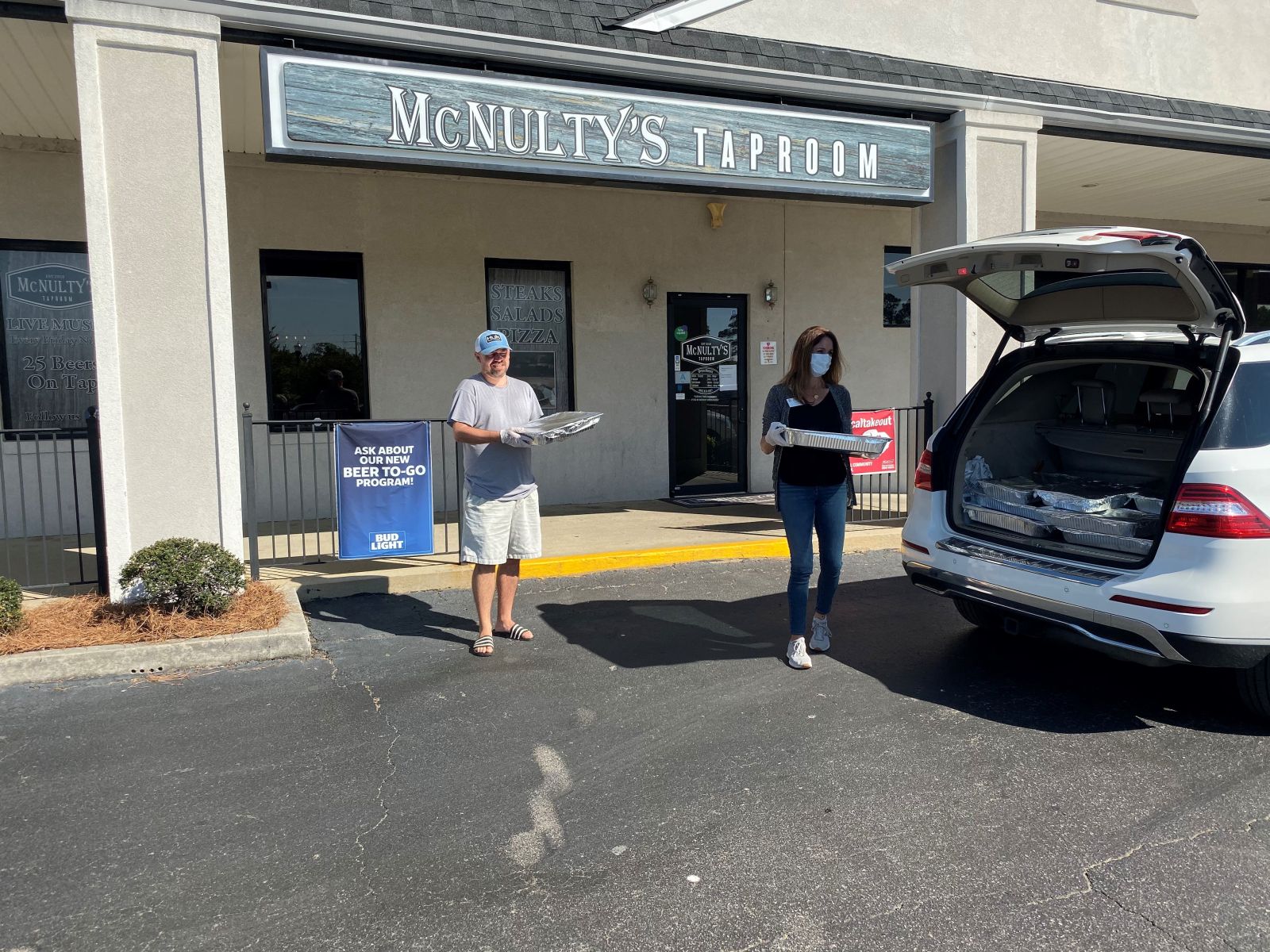 The idea came to Phillips as he was brainstorming how to meet Small Business Administration loan requirements that mandate a certain amount of funds to go toward payroll expenses. With his staff slashed to a cook and a curbside food deliverer for to-go orders, Phillips needed ways to be able to pay more employees.

“I thought, I’ll put out something on Facebook, just see if we can get a few donations and feed the hospitals or something,” Phillips said. “It took about five minutes. I got probably five or six phone calls, people wanting to donate, (asking), ‘Can I bring a check by? Can you take a credit card?’ ”

Phillips and his wife Julie posted an initial donation request around 6 p.m. April 4.

Phillips said that’s enough for around three weeks of supplies, which he’s ordering as he goes. While he intends to keep the rotation of hospitals the same – he plans to feed workers at Williams Jennings Bryan Dorn Veterans Affairs Medical Center today – the menu will vary, based on what he can get the most of for the lowest price from suppliers.

“It’s actually cheaper than it normally is, because a lot of stuff is not being used,” Phillips said. “Distribution’s got hamburger for half the price it is in the grocery store. Ricotta cheese is normally $7 or $8 for a three-pound tub. Now for six of them it’s like $10. We’re using a lot of stuff they have that’s discounted.”

He also plans to add other organizations to the free-food roster, including local grocery stores.

“I’ve got to go through all my messages. My phone has exploded in the last two days,” Phillips said. “It would be nice to get it to grow a little bit, but I want to make sure that we can continue what we’re doing. I’d rather do what we’re doing for eight weeks than try to double up right now and then we’re out of money in two weeks.”

Phillips grew up in a military family. His father was a doctor at Dover Air Force Base, where his mother was in charge of the morgue, he said. He saw the toll their work took on them, and also took to heart the base spirit of community camaraderie.

His new endeavor also helps mitigate the sting of missing the regulars at McNulty’s, named the Blythewood Chamber Small Business of the Year in 2019.

“On a Friday or Saturday night, there’s not an empty chair in here,” Phillips said. “Especially being a local watering hole, you’ve got the same people here almost every day sometimes.