Spirit Communications Park, the $37 million home of the Columbia Fireflies, has been named the 2016 Ballpark of the Year by Ballpark Digest.

The award from the national magazine continues a remarkable inaugural season that has already seen the park set a single-season attendance record for professional baseball in Columbia.

“You think back all the people that were involved in this project to make it happen – the city, the developer, our ownership group, all the people who put their blood, sweat and tears into laying every brick, erecting every piece of steel,” Fireflies president John Katz said. “This award is for everybody.”

The multi-use public park held a groundbreaking ceremony on Jan. 6 and played host to its first baseball game for the South Atlantic League affiliate of the New York Mets on April 14 in front of a sellout crowd of 9,077. On July 4, the park set a single-game attendance record with 9,228 fans, and a day later established the single-season attendance mark. To date, 181,673 people have attended games at the park. 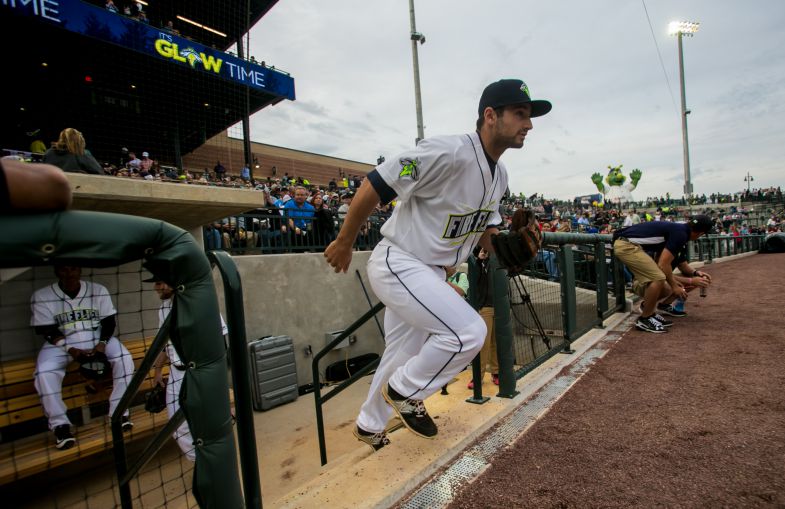 “Spirit Communications Park is not only our Ballpark of the Year, it’s also one of the best ballparks opened in the last decade,” Ballpark Digest publisher Kevin Reichard said in a release. “The ballpark is the centerpiece of serious economic development in Columbia, and an already great fan experience should only improve once the Bull Street development advances.”

A 20-year, billion-dollar buildout plan for the mixed-use Commons at Bull Street includes 414,000 square feet of retail space, along with apartments and a hotel. Earlier this month, Cobb Theatres announced plans to build a 10-screen luxury cinema in the complex.

“The announcement of the movie theater was huge,” Katz said. “That’s just kind of the tip of the iceberg. How much easier will it be to park once, go have lunch at a restaurant, go over and catch a movie, do a little shopping, go to ballgame and then have a nightcap, all without having to move your car?”

Ballpark Digest representatives will present the award to the team and city representatives during a pre-game ceremony on Aug. 11. Commemorative posters will be distributed to the first 2,500 fans.

“We are thrilled to receive this recognition from one of the leading publications in our industry, Ballpark Digest,” said Jason Freier, managing owner of the Fireflies, said in a release.  “Spirit Communications Park is a beautiful facility, provides an experience that is second to none, and has become a true gathering place for the citizens of Columbia.”

The park has also been the site of community gatherings, business meetings, charity events and festivals. On Oct. 22, the park will play host to the Palmetto Health Foundation’s Walk for Life and Famously Hot Pink Half Marathon, 5K and 10K, with more than 10,000 expected participants. Concerts and local sporting events are also planned in the upcoming months, including high school football games in the fall, and Katz said the park’s first wedding reception is planned for October.

“We’ve said since day one that this was more than just a baseball stadium. We took that into account with design,” Katz said. “The Fireflies only play 70 games a year. It’s up to us and our team to continually program the venue.”

Awards such as the Ballpark Digest one will help that happen as Fireflies staff begin focusing on season ticket renewals and sponsorship sales for 2017 next month.

“It’s nice to have some national recognition for what we do here at the ballpark and the facility itself as you start to go out,” Katz said. “Everybody likes to get awards, but we’re not in it for the awards. We’re in it for the fans and the community and the experience.”