The Columbia ballpark, the $37 million centerpiece of the BullStreet Commons redevelopment project, ranked No. 17 overall out of 160 minor league venues – higher than 22 Triple-A and 28 Double-A clubs.

“The ballpark itself has just about everything a minor league fan could ask for,” said Stadium Journey founder Paul Swaney. “From quirky designs in the outfield to walkable concourses, everything is here.”

The park received five out of five stars for food and beverage selection, game-day atmosphere, stadium extras and return on investment for fans. 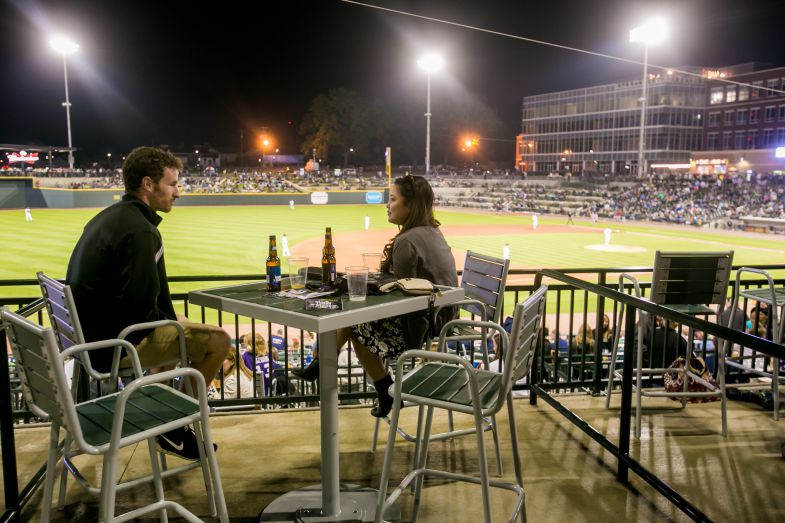 “Every single ballpark staple you could hope for can be found here, and it's all of excellent quality,” said the magazine, which was also impressed with the park’s walkability and views.

Spirit Communications Park, which opened in April, racked up honors in its first year. Ballpark Digest named it its 2016 Ballpark of the Year, and the South Atlantic League selected the stadium to play host to its 2017 All-Star Game. Ballpark Digest also selected the Fireflies as its 2016 best new logo and branding award winner.

“We’re incredibly honored and excited about being rated the No. 1 ballpark experience in the South Atlantic League,” Fireflies president John Katz said in a release. “This ranking is an acknowledgement of everything that goes into creating the amazing atmosphere that our community experiences every night. A large portion of the ratings had to do with fan engagement and enthusiasm, which we received high marks on. We thank all of our fans who help make Spirit Communications Park one of best places to catch a baseball game in the country.”