Six years ago, Rita Patel and Marcus Munse began a partnership in the hotel business that reached new heights on Monday.

Fresh out of grad school in 2010 with architecture degrees but slim job prospects, Patel and Munse went to work at the Holiday Inn and Suites in West Columbia being opened by Patel’s parents, in the hotel business since 1978. Munse was the head maintenance man; Patel worked the front desk for $8.50 an hour.

“With the market being the way it was, we just had to take what we could get,” Munse said.

They will now put their hotel experience to good use, offering downtown residents and visitors an experience they hope is unique and memorable.

“We will not be cookie-cutter,” Patel said. “The goal is to just create this creative environment where people have a curated experience.”

The hotel will be located in adjacent buildings being renovated at 1519 Sumter St., former home of Powell Furniture, and 1222 and 1224 Taylor St., former sites of Rose-Talbert Paints and Western Auto, respectively. 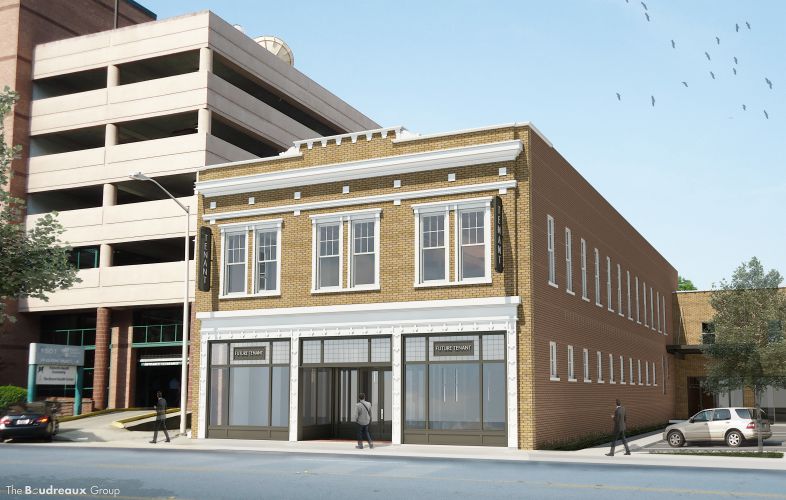 The project architect is The Boudreaux Group, also the anchor tenant on the second floor of the Powell Furniture building. In July, The Boudreaux Group teamed with Robert Lewis and Chris Rogers of Rogers, Lewis, Jackson, Mann and Quinn Attorneys at Law and a silent partner to form Sumter LLC to rehabilitate and market the buildings in conjunction with NAI Avant.

The buildings combine to offer 23,000 square feet of mixed-use space, but Patel and Munse were initially unsure if a hotel would be feasible.

“Rose-Talbert and Western Auto are sandwiched together,” Munse said. “We weren’t sure we could fit the rooms in.”

The Boudreaux Group and contractor Mashburn Construction came up with innovative solutions, adding rooms onto the back of the building as well as skylights to alleviate concerns about windows and light.

“Definitely, it was a challenge,” said Heather Mitchell, president of The Boudreaux Group. “Kind of the key to making it all work was when it dawned on us that, instead of thinking of it as three separate buildings, we could think of it as one and connect at the back and then move between the buildings.” 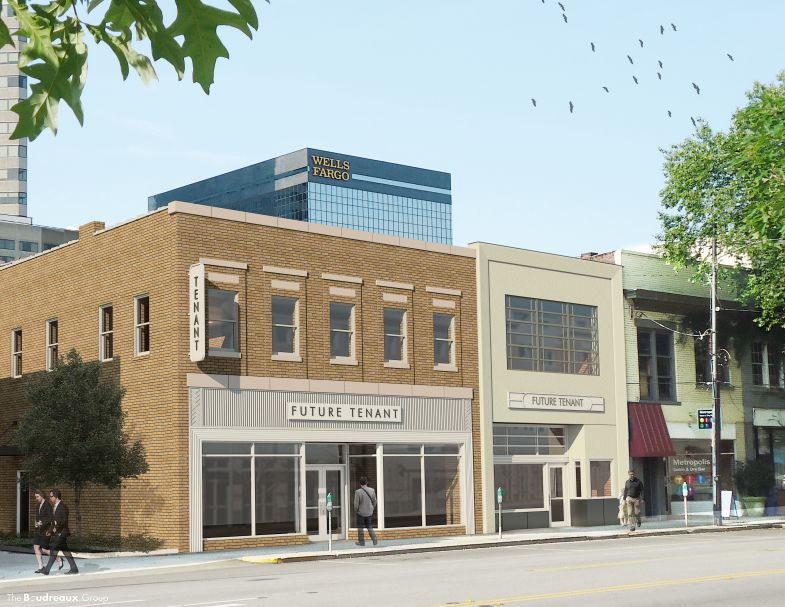 Sumter LLC also had to adjust its original idea of the standard mix of retail and office space for the buildings.

“Our ownership group was flexible and nimble enough to say, ‘Hey, this is not what we were thinking for the building, but it might work,’ ” Mitchell said. “People are so hungry for something that’s not every day and not a chain, and this was that special something.”

The properties have already secured Bailey Bill tax credits, and exterior renovations have been approved by the Columbia Design/Development Review Commission. Mitchell said the hotel plans call for some modifications that will be addressed one-on-one with commission staff.

Mashburn Construction owner Lee Mashburn, also a stakeholder in the building renovations, said preliminary work has begun on the property, and estimated a completion date of late summer/early fall 2017.

Patel, whose family owns hotel properties in Orangeburg and West Columbia and has a 50% partnership the Aloft boutique hotel slated to open soon in the Vista, said Hotel Trundle – a name her mother came up with – will feature distinctive touches. Guests may be able to sample local craft beers while checking in, and rooms may come with tickets to local attractions – perhaps the bowling alley planned for the nearby former site of the Army Navy store.

“We live in Cottontown, so we live, play and work here,” Patel said. “We love it, and we want to support our community. We really want to use the space as a platform for the community.”