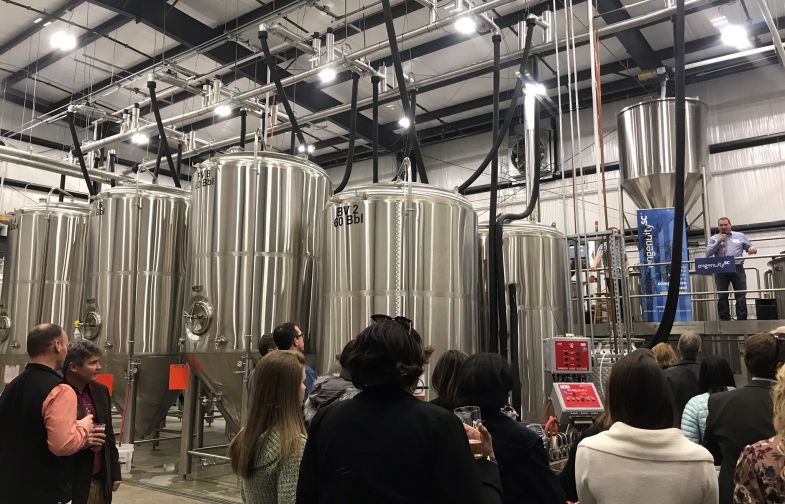 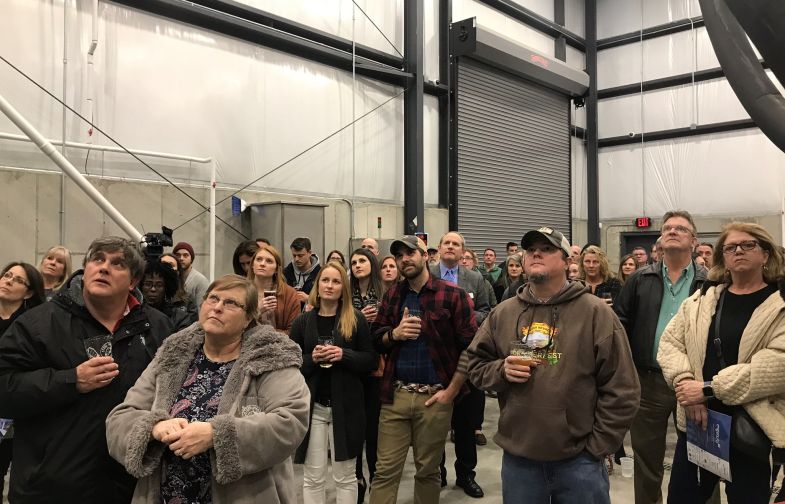 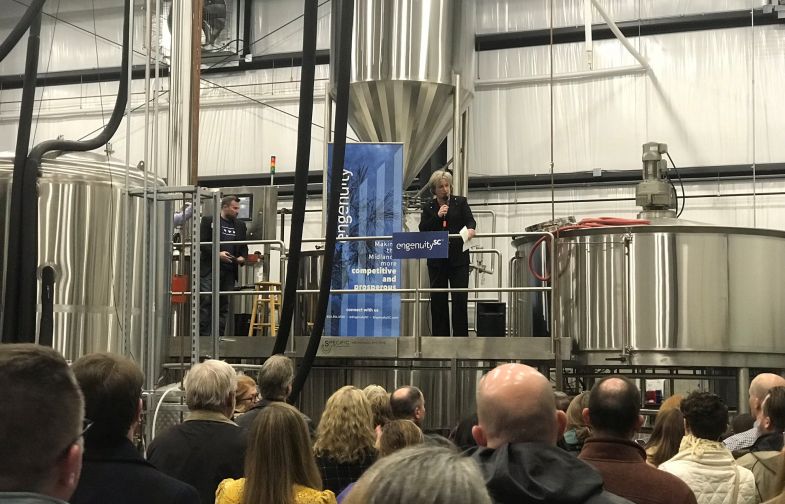 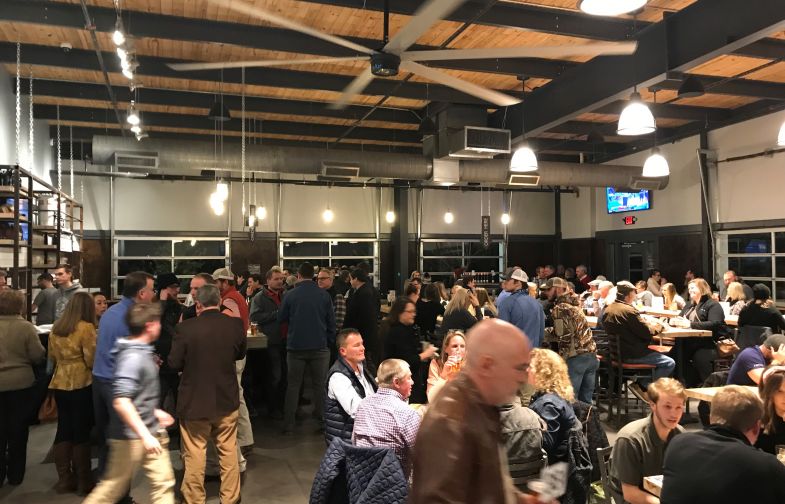 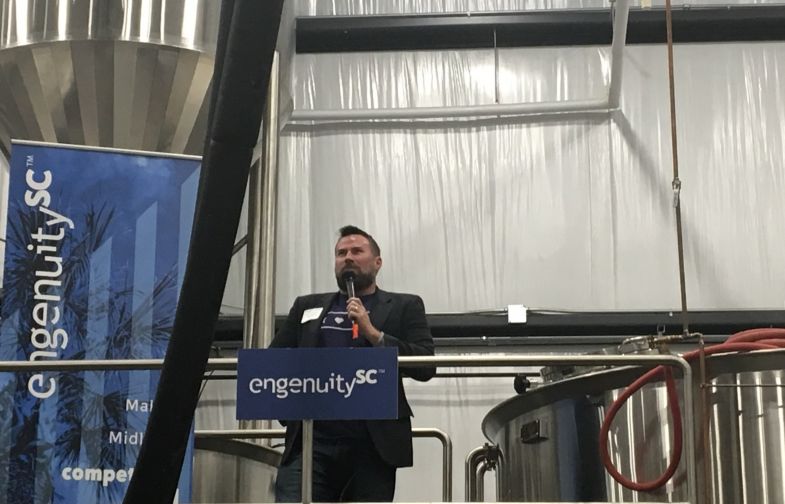 Beer, as Benjamin Franklin is purported to have said, is further proof that God loves us and wants us to be happy.

It is also becoming an increasingly popular way to stimulate investment in communities and driving the exponential growth of a state industry.

EngenuitySC, a nonprofit organization that fosters entrepreneurship, celebrated such newfound hoppiness with Thursday night’s Breweries: Community Catalysts event at Steel Hands Brewing. The feel-good gathering, part of the organization’s Competitiveness Week, highlighted the contributions the 10,000-square-foot brewery has made to the Cayce community since opening last December. 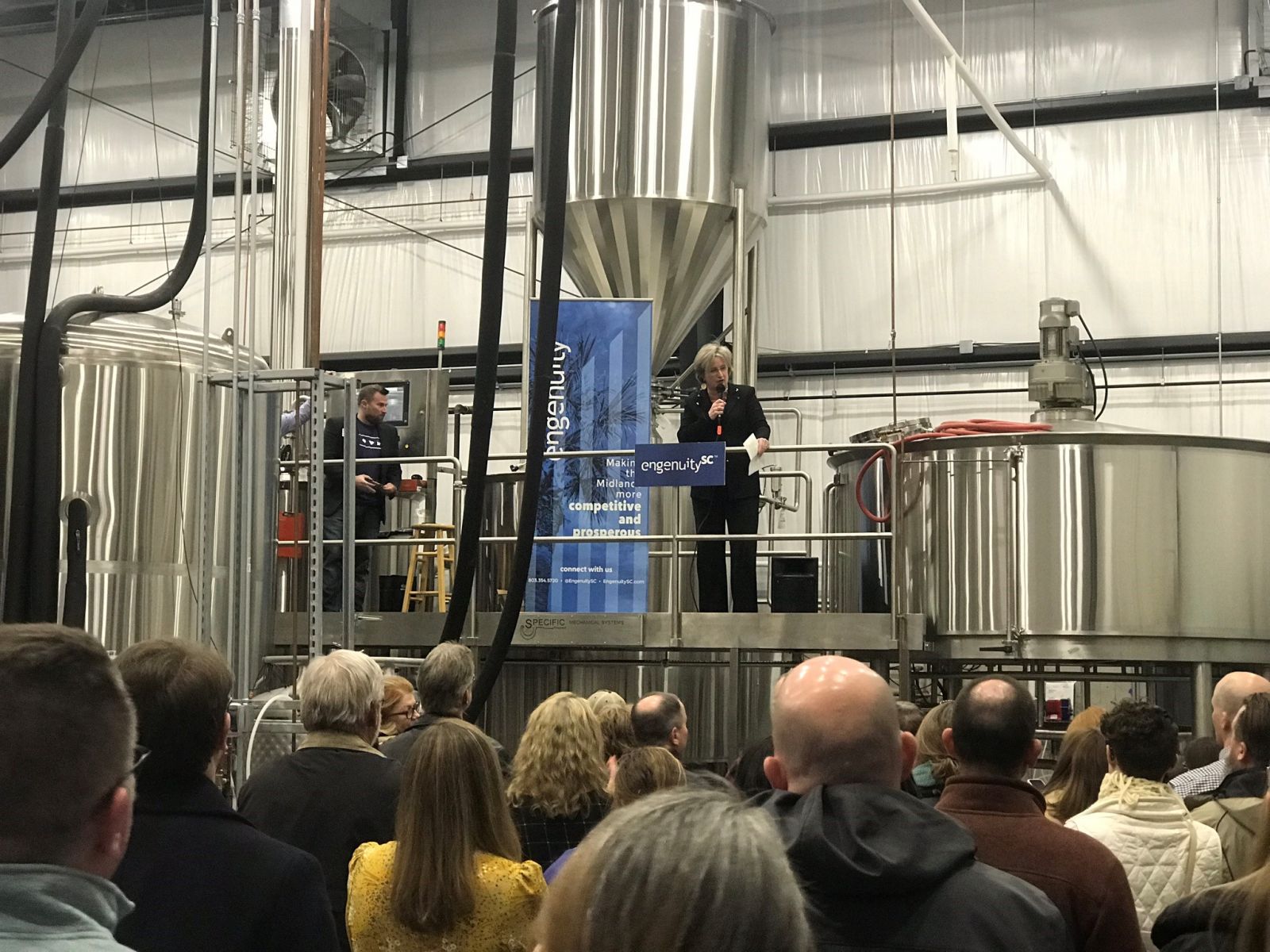 “Breweries are economic development engines,” Cayce Mayor Elise Partin said. “When we looked at what the city wanted, we wanted a brewery — to drive traffic and to be a place for our residents to gather.”

The 2018 Midlands Competitiveness Report, an annual measure of how Columbia and the Midlands compare to similar areas in five economic indicators, emphasized the region’s strong entrepreneurial environment as one of its competitive edges. The report was released Monday, and enthusiasm ran high Thursday night, no doubt spurred by the beer tokens EngenuitySC distributed to cover the first 100 pints served.

But numbers as well as suds stoked the atmosphere. Brook Bristow, owner and managing attorney at Bristow Beverage Law and the executive director of the S.C. Brewers Guild, rattled off statistics worth toasting: The state’s burgeoning beer industry had an economic impact of $780 million in 2018, Bristow said, and produced 4,500 jobs directly attributable to craft beer. South Carolina produced 108,000 barrels of beer, 34th-best in the country, he said.

“For a state our size, that’s really impressive,” Bristow said.

Since 2013, when South Carolina passed the “pint law” allowing breweries to sell on-premise pints, brewery openings have increased 583%, he said, far above the national average of 300%.

That rocket ship is taking passengers on its journey. Steel Hands owner Scott Lambert said that the brewery has invested $4.5 million in Cayce and created 26 jobs since its opening.

Lambert credited Cayce civic leaders with understanding the potential for the 30-barrel brewhouse, which also includes a 2,500-square-foot tap room and an outdoor space.

“They saw the vision of Steel Hands,” Lambert said.

The brewery has returned the love in other tangible ways. Brewmaster Doug Smith said each barrel begins with 2,000 pounds of grain. Spent grain, the leftover malt and adjunct after the mash has extracted most of the sugars, proteins and nutrients, can constitute as much of 85% of a brewery’s by-product, according to craftbeer.com. Steel Hands doesn’t let that go to waste, donating it to local farmers as cow and hog feed, Smith said.

The brewery also uses local ingredients in its offerings, including a cold brew from Irmo-based Loveland Coffee in its popular coffee lager.

“It’s fun, because we don’t have a pilot system for batches,” Smith said. “So when we come up with a new recipe, it’s go big or go home. There’s sometimes some trepidation there, but so far we’ve had great results, and we don’t mind drinking the beer.”

Steel Hands is looking to ratchet up its can production — “We’ve shipped out 1,500 cases already, but we expect to see five to six thousand a month coming out pretty soon,” Smith said — and will soon debut a spring seasonal that tastes like raspberry lemonade. Smith is looking forward to incorporating locally sourced ingredients from spring and fall harvests in other new creations.

“There’s a lot of ways to collaborate,” Smith said.

The state’s craft beer industry could benefit from more legislative changes, Bristow said, such as laws that would allow standalone brewery taprooms and the transfer of beer between multiple locations.

“There’s always going to be some antiquated things on the books,” Bristow said. “Most of these laws were written a long time ago when this wasn’t really a thing, so trying to overcome that in a system that was set up a long time ago — we’re a square peg in a round hole. It’s hard to do, but it’s getting easier to talk to legislators who are incredibly smart about this (and) the economic benefits that it brings to communities such as Cayce.”

After Partin, Bristow, Lambert and Smith addressed a crowd of around 125 people, attendees lifted their glasses for group picture encapsulating the community’s support of its newest business.

“It’s been very supportive. It’s been wonderful,” Smith said. “The best thing about making beer is you get to share it with people.”