Program aims to recruit and retain talent while showing off city

A new quarterly program will deliver an up-close look at Columbia's charms while helping the city recruit and retain professional talent, organizers hope.

The two-day program is geared toward those new to the workforce or to Columbia and will ferry around 30 participants to Columbia-area food and drink hotspots and entertainment venues such as Riverbanks Zoo & Garden. It will feature exclusive experiences available only to those in the program, officials said. 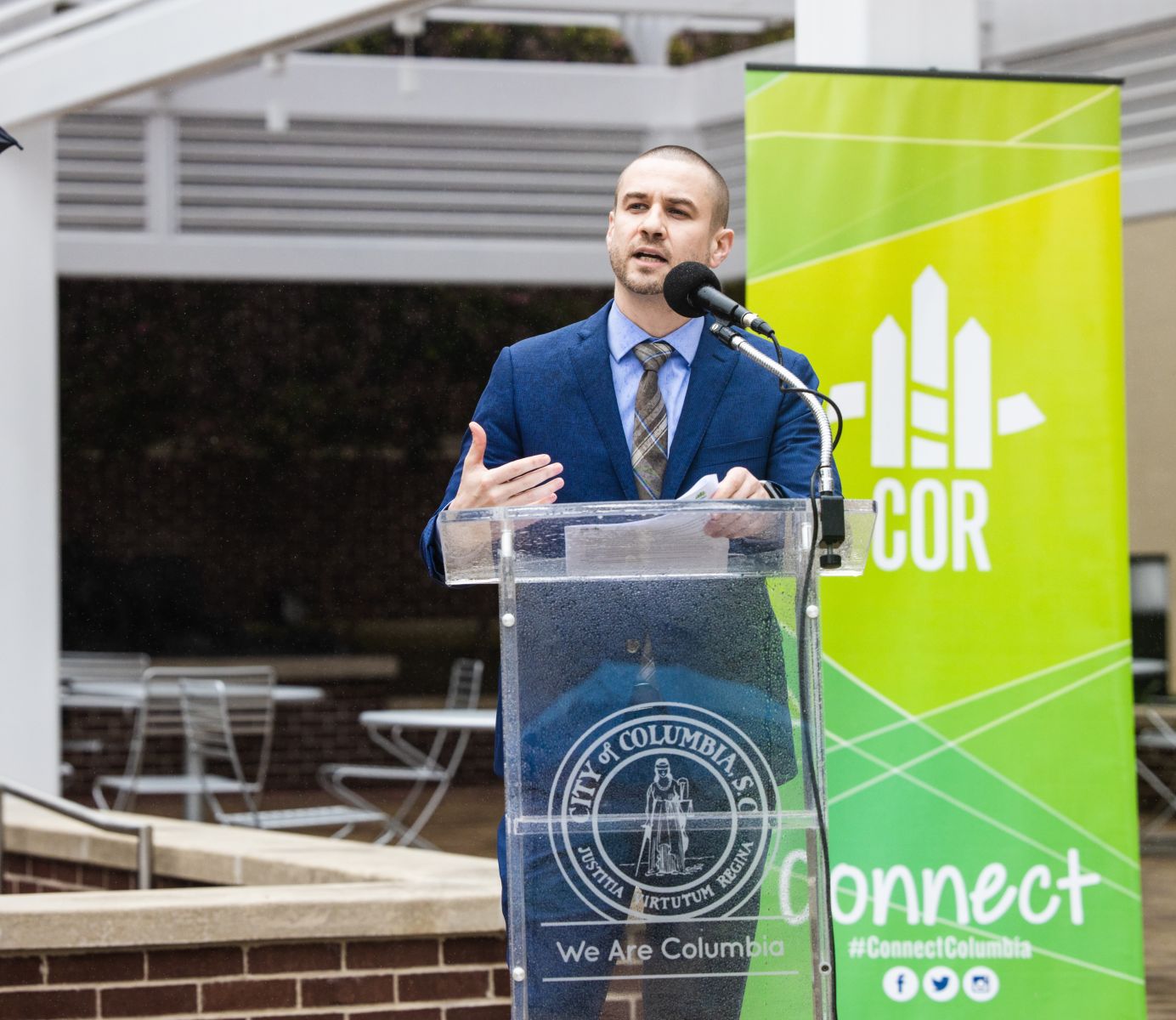 Crash Course Columbia can serve as “a reminder of all the things that are good about Columbia,” Jeff Ruble, Richland County economic development director, said a news conference kicking off the program on Tuesday at the Columbia Museum of Art’s Boyd Plaza. The program can show participants “a lot of assets here in the community that we just take for granted,” Ruble said, and be “part of creating an environment where smart young people want to live.”’

Crash Course Columbia will hold the first of four 2020 sessions March 12-13. Another program is planned May 14-15, with two more dates to be announced in August and October.

The March program will include a Thursday night networking stop at Hotel Trundle and dinner at Hendrix. A full day of Friday activities will include a tour of City Roots urban organic farm, a beer tasting at the Hunter-Gatherer at Curtiss-Wright Hangar, and a behind-the-scenes tour of Segra Park, home of the Columbia Fireflies’ minor league baseball team.

Historic Columbia will facilitate a tour of the city’s historic house and garden district, and participants will also explore Five Points and take a walking tour of West Columbia.

“There’s no one that can sell our city and sell our region like those who live and breathe it every day,” Ellen said. “All that’s missing is coordination to put that story together.”

The S.C. Department of Parks, Recreation & Tourism released analysis from 2018, the latest year for which it said detailed data is available, earlier this month that found tourism generated a record $23.8 billion statewide, bringing in $1.8 billion in state and local taxes and supporting one in 10 S.C. jobs.

The Crash Course Columbia itinerary will remain the same for all 2020 dates, then shift to include different attractions and development in future years, according to a news release.

More information, including signup details, is available online at crashcoursecolumbia.org. Pricing (.pdf), which is all-inclusive and based on employee participation, starts at $650.

“This program has a great opportunity to help build that connectivity within our city,” said Ryan Coleman, director of the city of Columbia’s economic development office.

Coleman said Columbia, buoyed by the University of South Carolina and its research programs, has “become a destination for millennial talent” and said those young people, as well as others considering calling Columbia home, have plenty of entertainment and networking options available to them.

“If you’re bored in Columbia, S.C., you’re not trying,” Coleman said. “ … I’m very confident that those who attend Crash Course Columbia will walk away with a greater sense of local pride.”