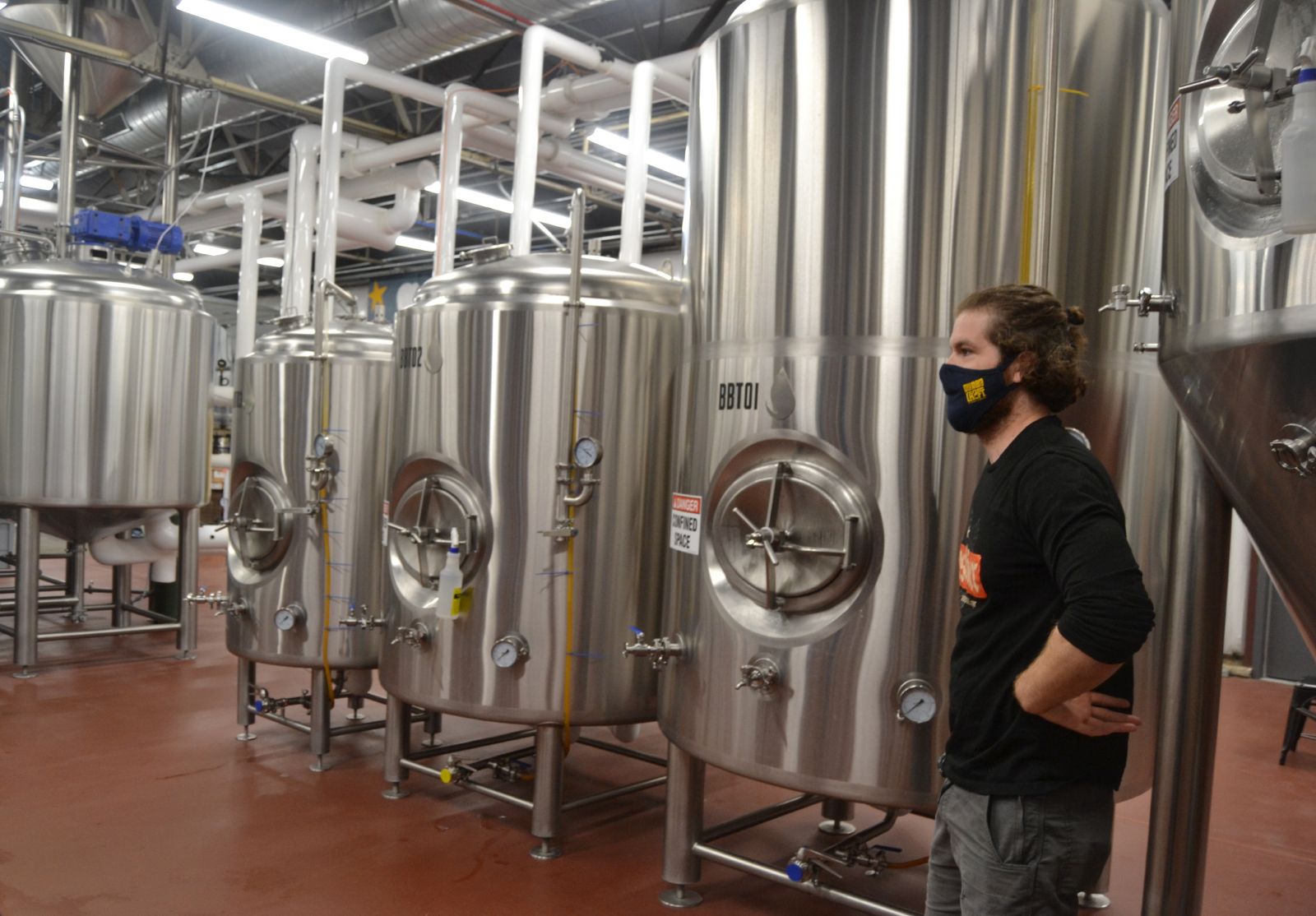 His superstitious nature kept Shaun Piggott from hearing the news when it happened.

Piggott, head brewer at Columbia Craft Brewing Co., was on his way to dinner with his girlfriend as the Great American Beer Festival awards were being live-streamed last month. A later check of his phone revealed a cascade of messages and led to the realization that one of his creations had won a gold medal at festival, which drew 8,806 entries from 1,720 breweries nationwide.

Carolinian took first place in the golden or blonde ale category, giving South Carolina its only medal in the competition and Piggott, a history major in his first job as head brewer after seven years in the craft beer industry, his first GABF win.

“It’s still pretty shocking,” Piggott said. “When I found out, I kind of was in disbelief. It was kind of like, of course it would be this year of all years that we have something so great happen in such a weird year. I’m just proud of my team, too. It’s all of us. From grain to glass, it takes everyone. It was fun reaching out to them and breaking the news and everyone being able to have a moment of happiness.”

The good news came as the brewery, which opened in 2016 at the corner of Huger and Greene streets, ramps up an expansion slowed by the COVID-19 pandemic but now expected to complete by next March. While the first phase of the expansion begun in February, including a barrel-aging room, stayed on schedule, plans for a 1,200-square-foot rooftop bar and a 500-square-foot covered patio were shelved.

“We just put everything on hold because you kind of go into survival mode and make sure you can just get by,” said Andrew Strauss, Columbia Craft co-owner and business development officer. “When the state opened back up and we were allowed 50% (capacity), we’ve had a good three or four months of that. What we’re getting now is probably all we’re going to get until there’s a lift, so we just decided we needed to go ahead and move forward with the build.”

The patio is slated to be finished by Jan. 1, while the rooftop bar is on track for a March 1 completion, Strauss said.

Not yet allowed to operate at full capacity because it’s classified as a bar, Columbia Craft is doing 70% to 75% of its normal business in its taproom, Strauss said. After focusing on rolling out can production and keeping staff on payroll when the state shut down in March, Strauss is happy to be at that point now.

“I’m thankful for what we do have,” he said. “I know a lot of places probably would be doing backflips if they had this.”

The timing of the GABF award served as a pick-me-up for the brewery, which will soon have its wares available for sampling in larger swaths of the state. Columbia Craft will start distribution in Charleston next February, Strauss said, with a bit of buzz behind it.

“Going into those new markets, it is nice to have a medal,” Strauss said. 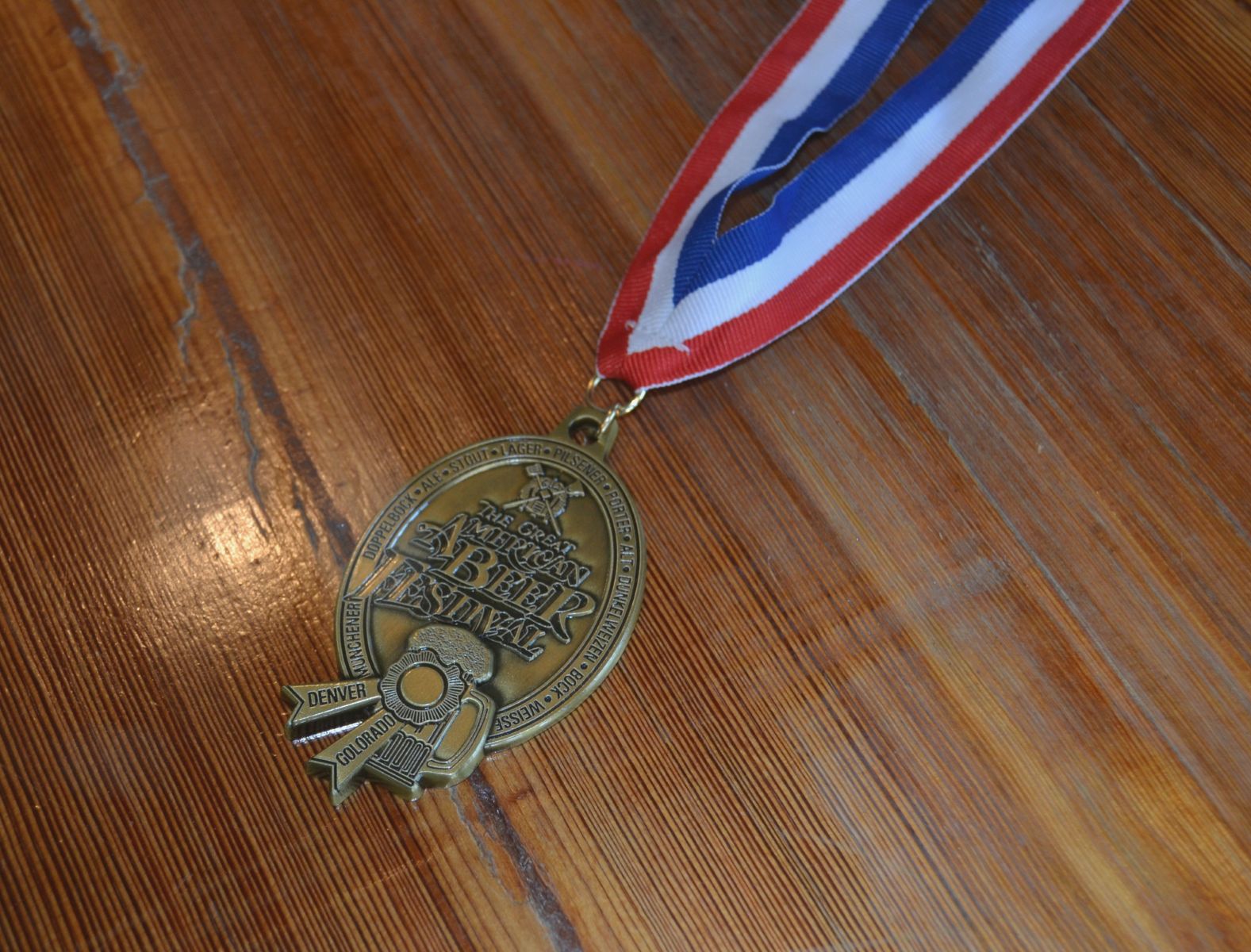 Piggott, who came to Columbia Craft from Tampa, Fla., as the S.C. brewery was being constructed, said Carolinian is one of his most useful brews in addition to now being the most recognized. While it was not an original core beer like Columbia Craft’s lager or Famously Hop IPA, it has proved to be quite versatile.

“Our blonde ale uses the same yeast as our IPA. It’s not dry-hopped or anything, so it’s good for harvesting yeast to reuse in our other beers,” Piggott said. “It’s super-clean and gives us a really good density and viability so it saves us a lot of money with other beers. It was a nice, clean beer we could produce that’s kind of an all-year drinking beer.”

Piggott began to realize the beer’s potential when Carolinian took home a gold medal in the golden or blonde ale category from the S.C. Brewers Association in 2019.

“It was literally the first batch of it we did,” he said. “We like, ‘Oh, maybe we’re on to something with this.’ ”

Now that it’s joined Columbia Craft Lager, Famously Hop and Alien Hat, a watermelon sour ale, in widespread distribution, Carolinian is primed to bask in its own flagship status. Piggott said Columbia Craft is also planning to distribute its Hazy IPA in kegs soon as the brewery continues to find ways to move product during the pandemic.

“This year, obviously it sucks for everyone. It’s been terrible,” he said. “But this was kind of the year where we were looking to make a big leap, especially with our patio expansion and the second-floor bar, and all of that obviously got put on hold. But we’re still selling plenty of beer, so it could have been worse.”

Now, Piggott has a shiny new trinket to serve as ongoing inspiration.

“It’s been cool to take something that you kind of helped build and then see it get to this point and potentially go even further,” Piggott said. “I feel like it hasn’t really sunk in. It’s awesome but also kind of weird at the same time. Surreal. This whole year has been surreal.”

Columbia Craft is planning a scaled-down anniversary celebration on Dec. 5 as 2020 winds down with regular COVID testing for employees continuing and optimism for the future persisting.

“We’re still testing our employees every two weeks. We’re trying to do everything we can to keep them safe and keep the machine running,” Strauss said. “We’ve been fortunate it hasn’t hit us too hard. Our employees have been very disciplined.

“We’ll see what the extra space does. I really think we can get back to where we were pre-COVID, at least in the tap room. … If we could just get more space, I think we’ll be fine.”

This article first appeared in the Nov. 9 print edition of the Columbia Regional Business Report.