Mayor Steve Benjamin welcomed mayors, business leaders and entrepreneurs from across the country to Columbia during an Accelerator for America Advisory Council gathering this week. 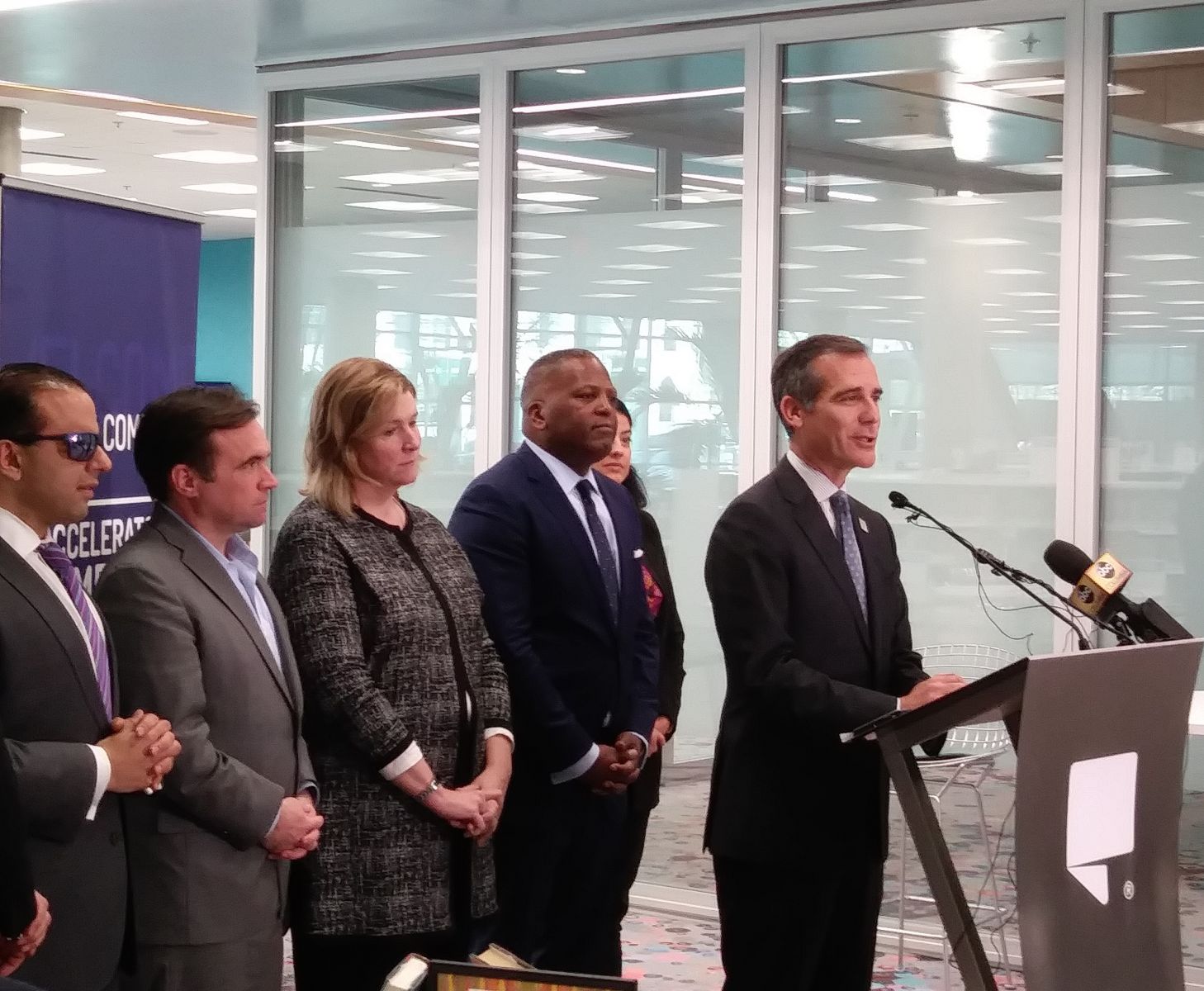 Benjamin said the group cares about creating jobs and opportunities to produce and enhance vibrant urban cores, not just in Columbia but around the world.

Garcetti said the group’s goal is to solve problems through local community action and share solutions it discovers with other cities.

“People are beginning to recognize there are two Amercias,” Garcetti said. “There is Washington, D.C., who is not getting anything done, and the rest of America, where things are being accomplished. Prosperity is strongest when everyone is getting along.”

Garcetti said he has seen struggling Americans remain optimistic because of local infrastructure improvements. In November 2016, Los Angeles County passed Measure M, a long-range plan to improve transportation in the region through a permanent half-cent sales tax increase that is expected to generate $120 billion during the next four decades.

Accelerator for America aims to provide networking and educational support to other metro areas interested in ballot initiatives like Measure M, as well as to supply capital to jumpstart innovative, replicable ideas.

The group launched with around $1 million in private donations to fund ideas that garner approval from at least one advisory council member.

“We are no longer waiting for D.C. to take action,” Garcetti said. “We want to help build middle-class jobs by investing in infrastructure, revitalize our urban cores, and minimize the skills gap to understand insecurity about future work.”

Rajiv Shah, president of the Rockefeller Foundation, and Rob Slimp, president and CEO of infrastructure solutions firms HNTB Corp., were among other leaders attending the advisory council meeting.

In Columbia, Benjamin said he would like to see more creative partnerships that help city residents get more bang for their federal tax bucks. He envisions more effective public sector investment that leads to private sector growth, such as is evident in Columbia’s Congaree River Vista.

“On our tour of Columbia, we went down to the canal and levee and private sector student housing,” Benjamin said. “We talked of ways to create more workforce and create these centers of energy, and how you connect them in ways that are reflecting the significant growth.

“We’re seeing people return to urban cores. We just have to find a way to lever that up for the entire region.”