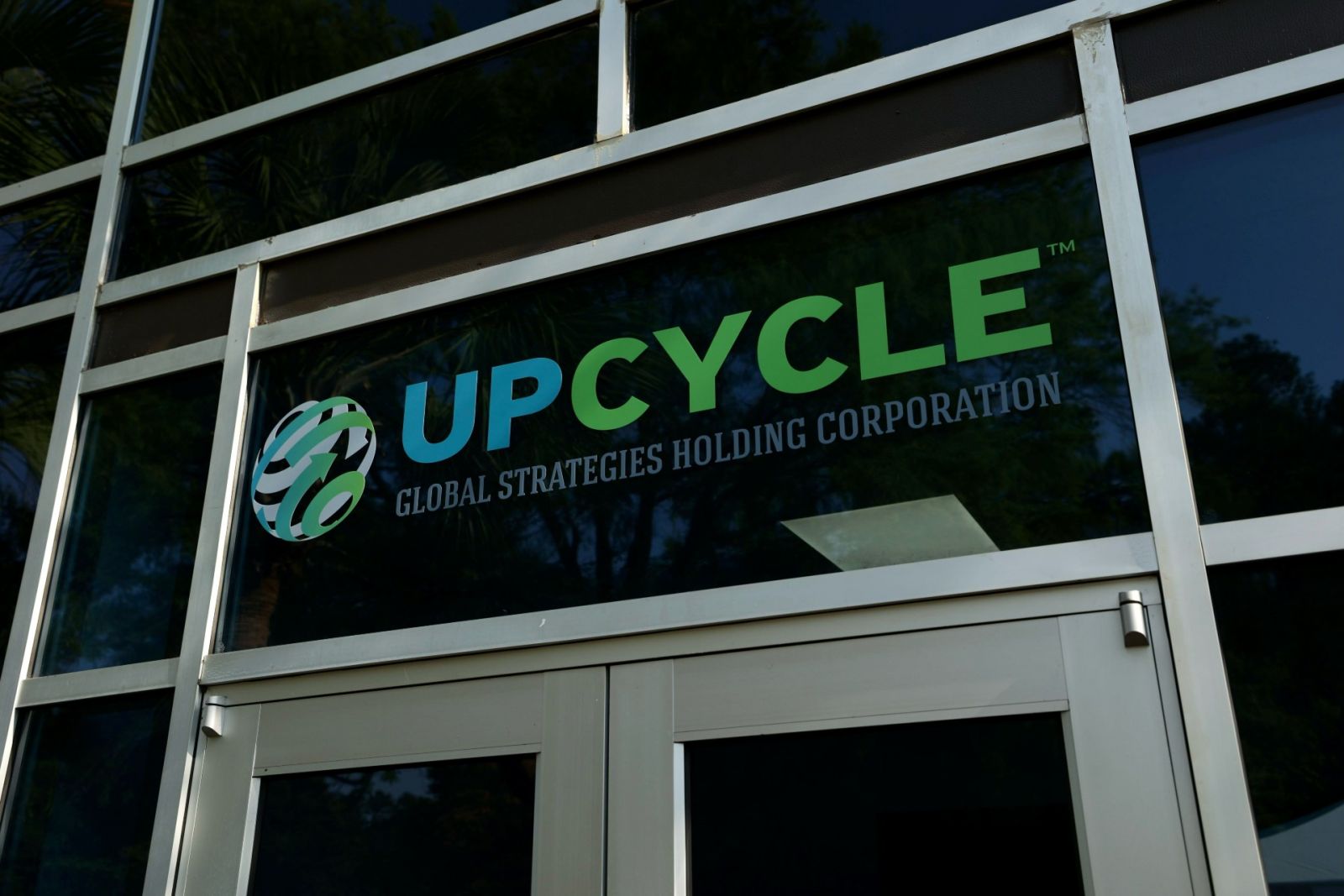 A company dedicated to making bags and other products from recycled plastics opened a new sustainable manufacturing facility called Upcycle  in Chapin today.

Global Strategies Holding Corp., based in Burlington, Mass., held the grand opening of its new facility at 300 East Boundary St.

The facility will produce the company’s best-known product, the Demo Bag, a completely recyclable contractor bag capable of carrying up to 10 times the amount of waste a typical trash bag can hold for the same price or less. The Demo Bag and other products that will be made at the company’s Chapin site are made from converting PET (polyethylene terephthalate) plastics, most commonly found in plastic water bottles, into a sustainable woven material.

The new plant will initially bring 20 to 30 jobs to the area, with 50 to 60 additional jobs added in the next six to 12 months. Global Strategies is investing more than $11 million in the Chapin project, including the purchase of the facility, existing equipment and aesthetic improvements.

Global Strategies’ beginnings date back to 2003 when founder Bruce Williams, a 25-year veteran of the construction industry, was refurbishing an old house in Boston. He realized he couldn’t haul away more than one or two bricks in regular trash bags because they ripped apart, so he used a woven burlap sack to haul debris instead. The experience gave Williams the idea of creating heavy-duty contractor trash bags made to be as strong as burlap but also resistant to the elements.

He tried many materials and techniques before discovering that polypropylene strands woven tightly together could create a nearly indestructible bag. The idea caught on quickly and became the Demo Bag, now available across the U.S. as well as in several foreign countries. The bags are sold at Home Depot, Lowe’s and other construction-related retailers.

Global Strategies’ leaders said they chose Chapin for the new plant because of its quality of life and close proximity to the Charleston port.

Williams said company leaders decided to move to Chapin because of a strong available local workforce and the opportunity to upgrade an existing facility that was sitting vacant.

“We want to provide jobs for a growing community through our sustainability model and initiative to use unwanted plastic pellets other industries cannot use,” Williams said.