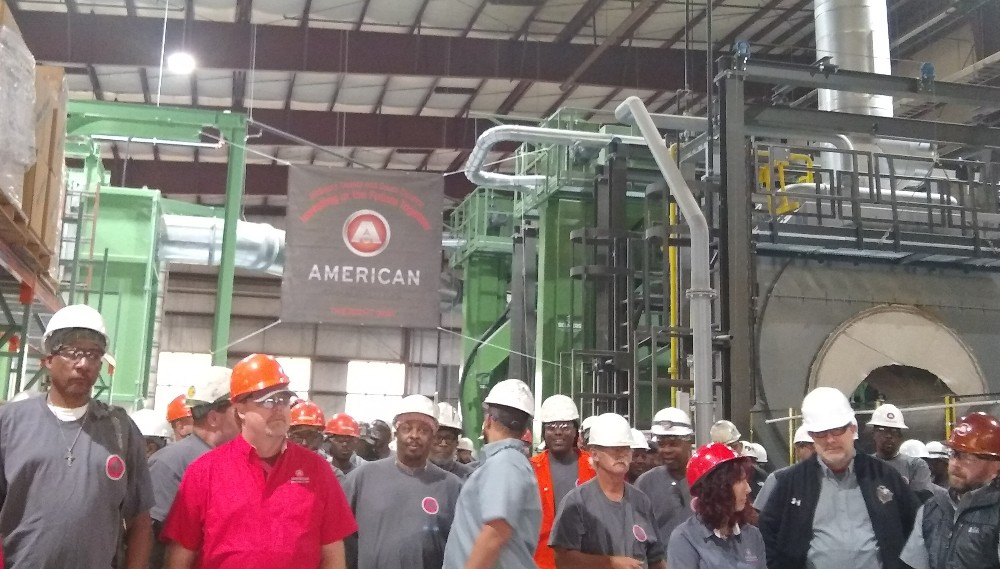 Production at the new facility started about three weeks ago but an official ribbon cutting for the expansion was held Sept. 29, with Gov. Henry McMaster, Richland County Council Chair Overture Walker and other community officials in attendance.

The pipe-coating facility will increase workers’ ability to coat the steel-coil pipe produced at the plant with polyurethane, a type of pipe that is used in many water systems and other facilities.

The expansion is the result of a $12.5 million capital project and also part of a five-year strategic plan to invest $40 million and create 100 jobs at the Columbia facility, according to Patrick Hook, vice president of operations for American Spiralweld in Columbia.

The company’s Columbia plant opened in 1999 and currently employs 150 people.

“We’re confident about the future of American SpiralWeld in Richland County and we know we’re going to continue to do great things here,” said Mike O’Brien, vice president of sales and corporate secretary for American SpiralWeld. “When we were looking to expand the manufacture of larger diameter pipes, we looked at a lot of sites and when we looked at Richland County, it was obvious we could form a partnership which continues to expand.”

Founded in 1905 in Birmingham, Ala., American SpiralWeld has eight facilities in six states and manufactures steel pipe in diameters up to 144 inches. The company also makes fire hydrants, valves, and ductile iron pipe for the waterworks industry as well as high-frequency welded steel pipe for the oil and natural gas industries.

American SpiralWeld’s Columbia expansion will continue in phases and is expected to be completed by 2025.