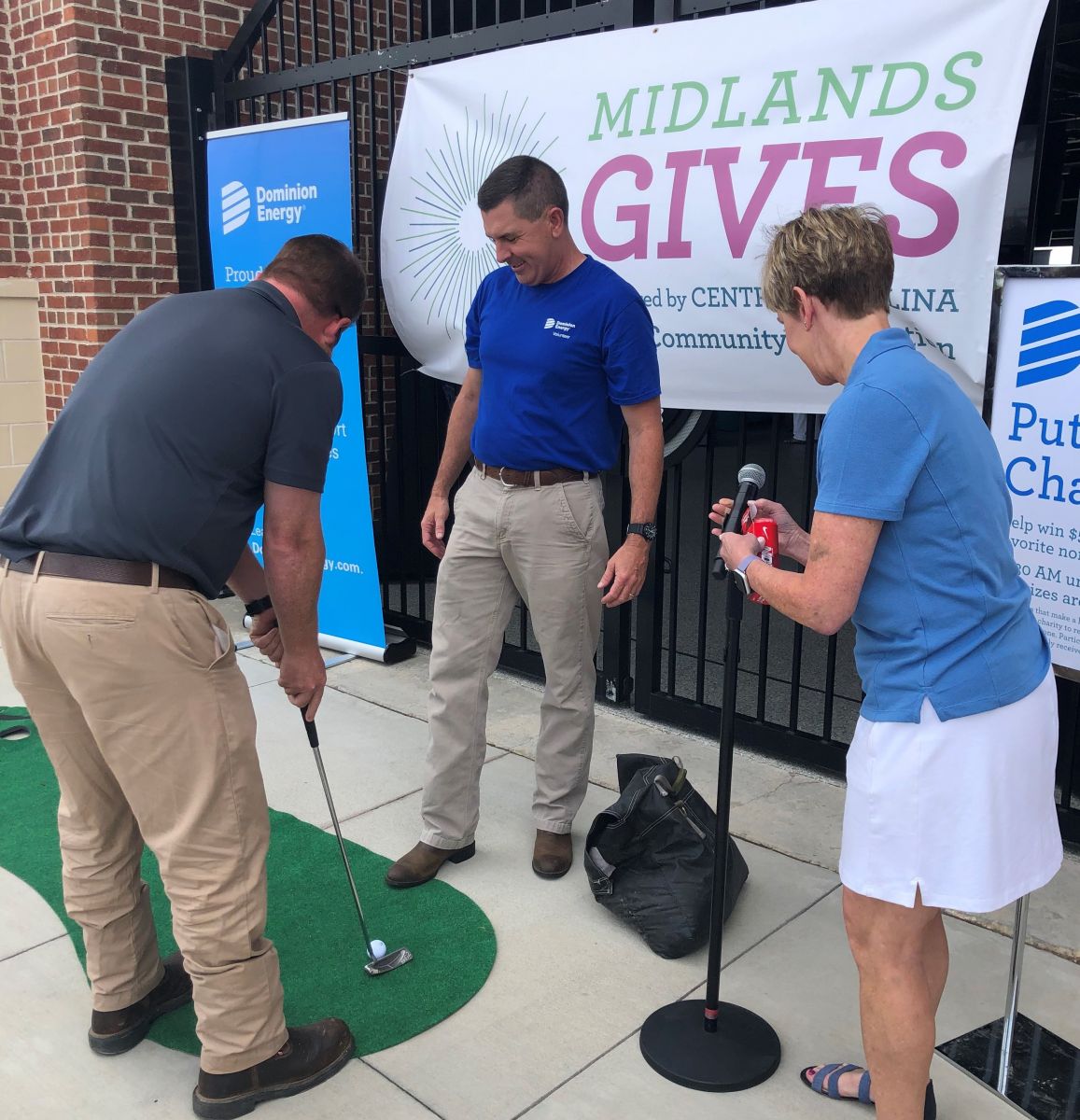 The day of giving began in 2014 and its part of a nationwide focus on philanthropy.

In its first four years, Midlands Gives raised more than $7.25 million for area charities, including a then-record $1.75 million via 14,665 donations last year.

Segra Park, next door to the Central Carolina Community Foundation’s next headquarters at the First Base Building in the BullStreet District, served as the physical host for Midlands Gives activities on Tuesday. Area philanthropists gathered to support their favorite causes and take part in events such as a putting challenge sponsored by Dominion Energy and a pitching contest sponsored by Nephron Pharmaceuticals.