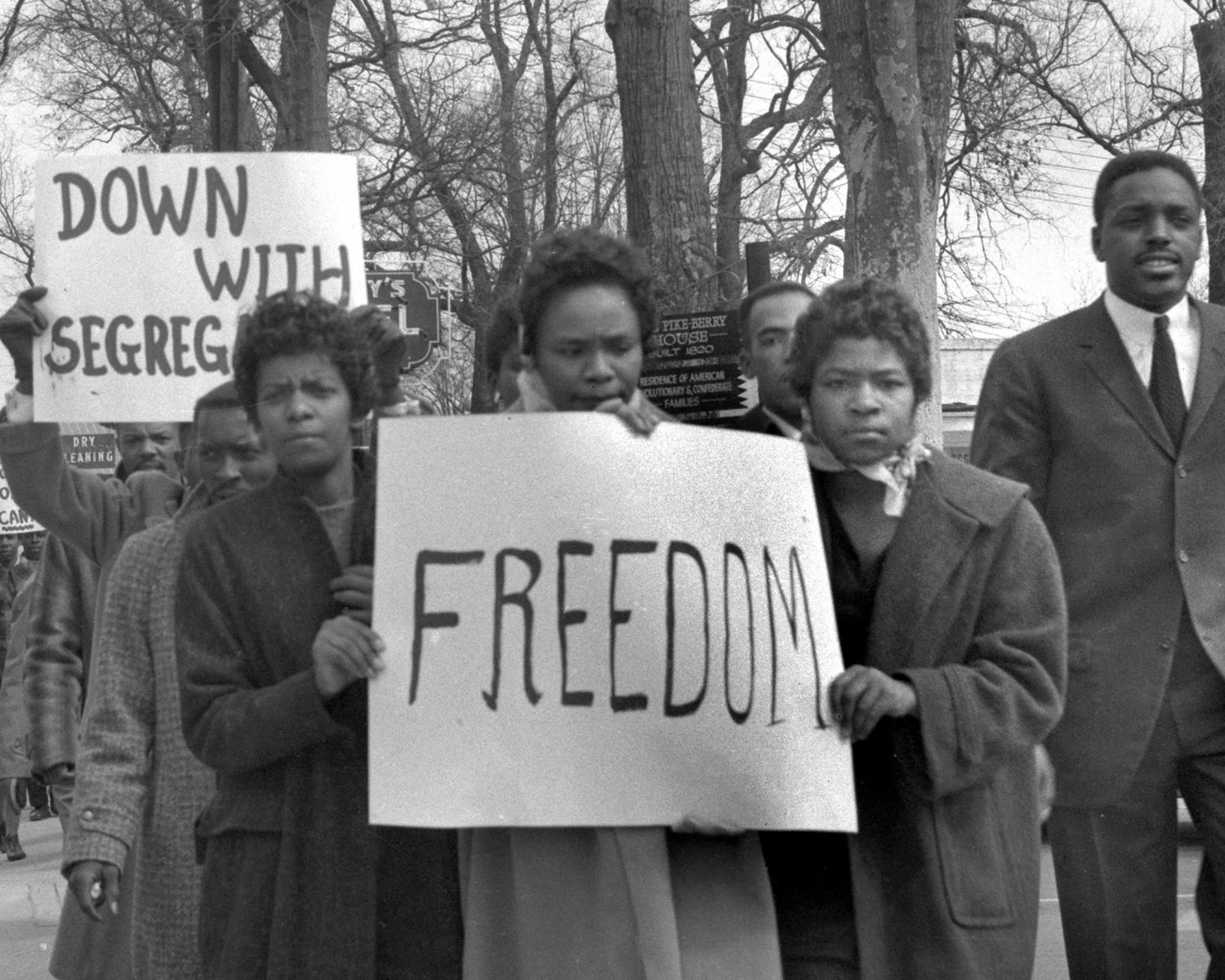 In the 75 years Killingsworth has been providing assistance to women in crisis, the Columbia-based nonprofit had never had to buy supplies.

That changed during the height of the COVID-19 pandemic, when goods such as toilet tissue and paper towels, normally donated by supporters, became in critically short supply.

“You couldn’t find this stuff for your home, so how are you going to now find it and donate it to an organization?” said Schrendria Robinson, Killingsworth executive director.

Killingsworth, which provides up to two years of housing for as many as 16 women in a stately, 18,000-square-foot brick home in the University Hill neighborhood, also faced other magnified struggles as funding dried up and businesses shuttered. Robinson said all the residents employed in the hospitality industry lost their jobs, and those working from home struggled to find enough office supplies, as well as more basic needs.

“Food was always donated here, and that became an issue as well,” she said. “The monies in our budget that we definitely had line-itemed for other things, now we were having to use those funds just for the daily operations.”

Nonprofits throughout South Carolina faced similar dilemmas, with a March 2021 survey by Columbia-based organization Together SC finding that 59% of state nonprofits believed they would only survive for six months or less without additional funding.

Midlands philanthropy center Central Carolina Community Foundation has been helping connect charitable people and businesses with areas of need in 11 counties since 1984, when the organization was founded. The pandemic intensified those efforts, further stressing already strained budgets and staff.

In June, the foundation announced a targeted solution fueled by both the pandemic and a years-long effort to make its regional efforts more inclusive and equitable. Seven Midlands organizations were selected to receive portions of $70,000 in unrestricted general operating support grants. The grants, which can be used at the organizations’ discretion, were distributed among Black-led and Black-benefiting nonprofits as part of an effort the foundation embarked on in 2009.

Those efforts are spotlighted during August, the 10th anniversary of Black Philanthropy Month, a campaign founded in 2011 by Jackie Bouvier Copeland and the Pan-African Women’s Philanthropy Network to highlight the transformative impact of generosity in Black communities. Saturday marks Give 8/28, a nationwide giving day focused on Black-led and Black-benefiting nonprofits.

“We have been focused on increasing inclusion, equity and diversity at the Community Foundation since 2009,” Turnquist said. “We have to leverage the collective knowledge, creativity and resources of everyone throughout our community, and through collaboration, increase the impact of philanthropy for everyone, because that is the only way we will be able to achieve advancement of the common good.”

The general operating grants are the latest example of that focus, which has also included foundation-funded exhibits at the S.C. State Musuem and Richland Library, the establishing of the foundation’s African American Philanthropy Committee and tracking begun in 2017 of grants made to Black-led and Black-benefiting nonprofits.

“Our region’s Black-led and Black-benefiting nonprofits shared with us that the lack of general operating support is a barrier to fulfilling their missions, and their missions expanded, were strained, and were stressed during COVID,” Turnquist said. “So not only were they being asked to do more for more people, but they themselves, their staff, were also stressed. Fundraising was down, and that cuts into general operating support almost immediately. So what we are trying to do is provide grants that will help them overcome this challenge and expand their impact.

“This is not charity. This is a grant to help improve the community by providing additional resources to strengthen organizations.”

Killingsworth, one of the recipients of $10,000 for up to three years, had been soldiering along for years, making the best of situations that typical grants didn’t address.

“For years, our paint has literally been peeling off the walls,” Robinson said. “For years, we’ve just been doing some type of patchwork as necessary if there was a leak, because we couldn’t get a $10,000 grant for painting. … People want your grants to be centered around programming, but what I try to explain to people is, the house is our programing. We provide housing. We provide a safe place for our residents. But (funding organizations) want to hear more about the life skills or if you do a budgeting class. We do all of those things, but at the end of the day, if we don’t have a safe place for our residents, then none of those other programs that we offer matter.”

With the funding from the Central Carolina Community Foundation, Killingsworth residents’ rooms received a fresh coat of paint, Robinson said. Those improvements inspired Killingsworth’s board to find funding for similar improvements and repairs in downstairs administrative and common areas.

“It just made a big difference in the morale and the pride that the residents took in the home,” Robinson said. “It wouldn’t have happened if we didn’t receive the $10,000 grant from the Central Carolina Community Foundation.”

Funding from the foundation will enable Cecil Williams to continue to tell the story of South Carolina’s civil rights pioneers.

Williams, 83, is the founder of Orangeburg’s Cecil Williams Civil Rights Museum, housed in a 3,500-square-foot building he owns and designed. A photographer since he received a camera at age 9 and a contributor to Jet magazine since 1955, Williams has documented the history of a region he says was instrumental in the civil rights movement but is often overshadowed by more well-known locales such as Montgomery, Ala., site of Rosa Parks’ arrest for refusing to give up her seat on a public bus and the resulting boycott organized by the Rev. Martin Luther King Jr.

“They did such a significant job and their events were mostly known throughout the United States, but South Carolina’s people who engaged here in those activities were largely ignored or forgotten or just not really finding their stories in history books,” Williams said.

Williams set out to increase awareness of events such as the Orangeburg Massacre, in which three Black students were shot and killed by police during 1968 protests, and the 1969 Charleston hospital workers strike in protest of the firings of 12 health care workers who advocated for patient safety and better employee pay and treatment. He published the first of five books featuring his extensive collection of photographs in 1996 before hitting upon the idea of consolidating those images into one, publicly accessible place.

The Cecil Williams Civil Rights Musuem opened in 2019, funded initially by its namesake until it began to generate interest. The museum received a $100,000 private donation in December 2019 and was featured in National Geographic in September 2020, but the pandemic led Williams to close its doors in March 2020.

“I had not yet finished building the exhibits, purchasing exhibit material, and installing exhibits, and having no income to do this with, or very little income coming in, the grant funds received were a blessing in disguise,” Williams said.

With the museum now accepting limited visitors, Williams is eager for more people to see hundreds of his photographs, along with artifacts such as the Briggs family Bible. Briggs vs. Elliott, later absorbed into Brown v. Board of Education, was the first 20th century case to challenge the constitutionality of racially segregated schools.

The original S.C. case involved several Clarendon County families who wanted the county to provide a school bus for their children and resulted in repercussions including job losses that forced the families to relocate, Williams said.

“They spread out all over America, which was one of the reasons they were not able to tell their own stories. Their family unit had been destroyed and disrupted,” said Williams, who photographed the families. He said the family Bible has been sought after by the Smithsonian and the National Museum of African American History and Culture, “but because mine is a South Carolina civil rights history, and because the Briggs family and the DeLaine families and the Pearson families of Clarendon County – they're on my board, and they would rather keep their historical treasures right here at home.”

Through its general operating grants, the Central Carolina Community Foundation hopes to support the museum’s ability to tell such stories, Killingsworth’s capacity to help women weather life crises, and the other recipients’ efforts to provide services through the pandemic and beyond.

“Each of those organizations and each of the leaders of those organizations have demonstrated tenacity and guts and courage, before and throughout the pandemic,” Turnquist said. “Like all of us, they were facing the same personal issues that COVID stirred up – families that were sick, homeschooling children, not being sure if your paycheck was going to happen, the lack of supplies and resources, and yet, they persevered.”

Turnquist said that nonprofits are beginning to see an uptick in volunteer hours and fundraising, pointing to the $3.3 million raised by May’s Midlands Gives campaign as a positive sign. But, she said, “That effort has to be sustained. I think now more than ever, individuals, residents across our region, are much more aware of the benefit and impact that our nonprofits provide to their community in the same way they’re much more aware of the impact and importance of teachers, and grocery clerks, and doctors, and firefighters.

“A benefit of COVID has been the increased awareness and appreciation of individuals and organizations who make our community the type of place we want to call home, and we hope our children and grandchildren want to call home.”