Tom Keith, long-time president of the Sisters of Charity Foundation of South Carolina, has been awarded the Order of the Palmetto, the state’s highest civilian honor. 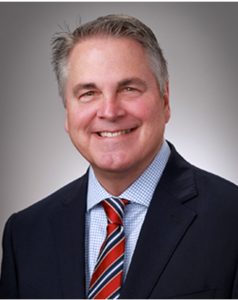 Keith received the honor from Sen. Katrina Shealy during a retirement party held for him. The award is given to citizens for extraordinary service and significant national or statewide achievements.

“The Order of the Palmetto was the perfect way to cap off an incredible career of service,” said Donna Waites, incoming president of the Sisters of Charity Foundation. Waites noted that under Keith’s leadership, the Foundation distributed more than $82 million in grants to more than 3,200 organizations in South Carolina.

Keith’s work in the nonprofit sector spans more than 45 years, beginning when he was only three months out of college in 1976. His work in the community includes serving on the boards of Columbia College, The Columbia Free Medical Clinic, Healthy Learners and the South Carolina Center for Fathers and Families.

“Tom has been a loyal and dedicated servant leader to the foundation and the Sisters for Charity for parts of four decades,” said Sister Judith Ann Karam, congregational leader for the Sisters of Charity of St. Augustine. “His commitment to and passion for alleviating poverty in South Carolina has been extraordinary.”