Downtown Columbia’s housing boom still has room to grow, but that growth will need to be backed up by retail underpinnings to ensure long-term success, a leading real estate expert said Tuesday.

KC Conway, senior vice president and senior valuation officer at SunTrust Bank, spoke during the CCIM/SIOR Columbia Real Estate Forecast at the Columbia Metropolitan Convention Center. Conway said the boom in urban multi-family construction that has added thousands of residents to downtown Columbia in the last few years can be linked to the area’s increasing desirability among millennials moving out on their own as part of the economic recovery from the Great Recession of 2007-09.

“Up to the financial crisis, for the prior two decades, we built apartments in the suburbs,” Conway said. “Really – you go back three or four decades – we haven’t built new, multi-family housing in the urban core.”

The sustained growth of the University of South Carolina, adding 800 to 1,000 students a year since 2013, and new downtown draws such as the Columbia Fireflies minor league baseball team, playing at $37 million Spirit Communications Park in the heart of the ongoing BullStreet Commons redevelopment project, tapped into that pent-up demand, Conway said.

“You’ve got the draw,” Conway said. “The draw brings the jobs. The jobs then bring the housing. So I think you still have room to grow. You have runway, but monitor that jobs-to-permit ratio.”

Conway presented slides showing that Columbia’s ration stands at 5.7:1, not as robust as the 8:1 of Charleston and Greenville but not reason for concern – as long as the retail development that typically follows housing and restaurant construction occurs.

“If you don’t have grocery and you’ve got to drive far out, back to the suburbs, to get your grocery, that’s a limitation, and some won’t put up with that,” Conway said. “So you’ve got to get the grocery and the other kind of basic-services retail to come.”

The Vista has had a Publix on Gervais Street since 2014, but aside from a Food Lion in Five Points, there aren’t a lot of other grocer options downtown. A 113,500-square-foot Kroger is planned as part of a mixed-use development at the former Capital City Stadium on south Assembly Street, but that project has run into several delays since being announced five years ago.

“We are not getting the retailers yet,” Fred Delk, executive director of the Columbia Development Corporation, told the room of real estate professionals. “That’s what I would like to ask you folks to work on, and give me some feedback as to what some of the issues are.”

Delk said Columbia is bucking one of the national Commercial Property Price Indices (CPPIs) trends Conway pointed out – stagnating growth in lodging  – with continued development in the Vista, including soon-to-open boutique hotel Aloft. 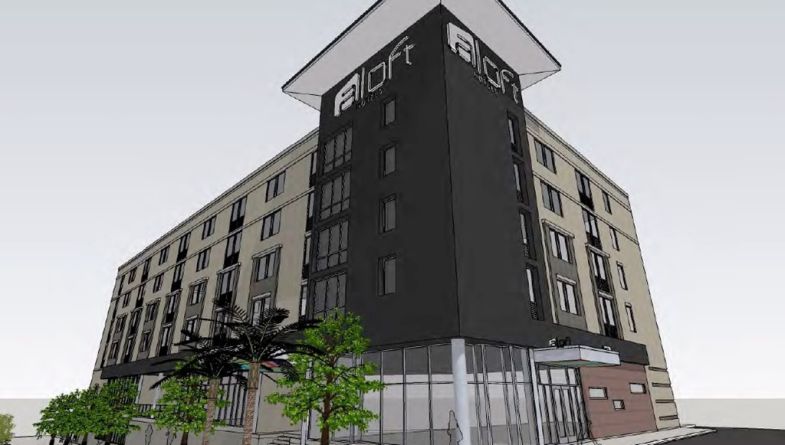 Conway said CPPIs from industry analysts Moody’s and Green Street show property values, including apartment, industrial and office, have enjoyed slight increases, but at a slowing pace of appreciation. An exception is storage, where a 3% increase in the last three months is part of a 14% increase in the last year.

Overall, Conway said the outlook in Columbia and the Southeast is positive as the economic recovery continues. The Southeast is producing more GDP – 21.6% of the U.S. total of $18.1 trillion – than any other region and is also leading the way in job recovery for metropolitan statistical areas post-2009, he said.

Charleston ranks fifth nationally in that category with a 21.8% increase in employment, making it one of just 25 MSAs with an increase greater than 12%. Also among those 25 are Greenville-Anderson-Mauldin (16.2%), Spartanburg (13.8%) and Columbia (13.3%).

While anticipating a mild recession in the spring of 2017 following the presidential election, Conway said South Carolina’s economic recovery efforts will help mitigate its effect.

“Fiscally, what you’ve done to put your house in order is really going to bode well as we move forward,” he said. “Real estate will go through it pretty well, because we haven’t overbuilt.”