Renovations begin on the historic Ensor Building at Bull Street

It was announced Tuesday that renovations have started at the Ensor Building at Bull Street redevelopment project. Ensor will be one of the eight historic buildings incorporated into the project as promised by the developers. 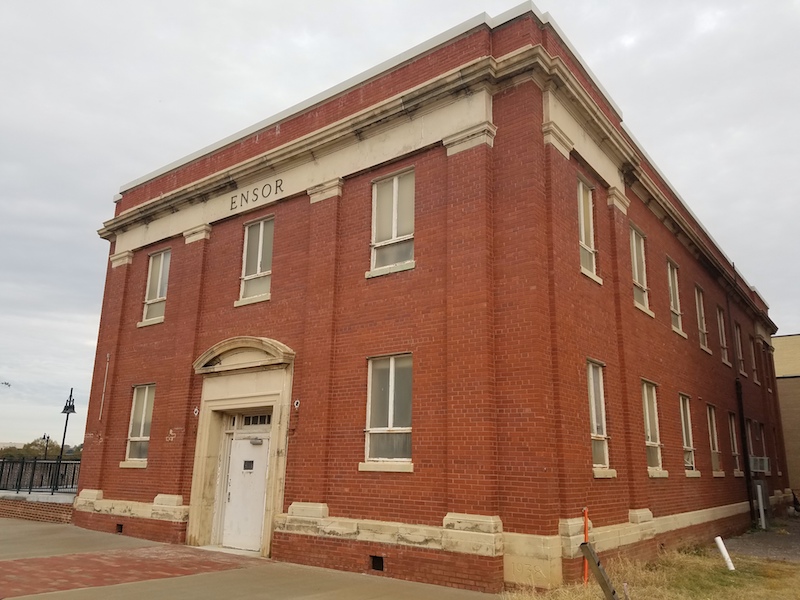 The two-story brick building was built in the neoclassical style, with Doric plinths and capitals and a rounded arch over the front door.  It’s located between Spirit Communications Park and the First Base Building, and has two stories with approximately 3,800 square-feet of space. The bottom floor features restaurant/hospitality space including a large outdoor patio overlooking the ballpark entrance plaza. The top floor is expected to be used for office space.

"The Ensor Building has its roots in innovation and research, and we are excited to be reviving this emblematic structure in keeping with the innovation theme here at BullStreet," said Robert Hughes, president of Hughes Development Corporation and project manager at BullStreet. "The first floor, with its sizable interior and huge outdoor patio, is a phenomenal opportunity for guests to have a unique dining experience right on the Spirit Communications Park plaza, at the center of BullStreet.”

“Studio 2LR is pleased to be working with Hughes Development Corporation and Buchanan Construction Services on the Ensor Building on the BullStreet campus,” says Wes Lyles AIA, LEED AP, President of Studio 2LR. “It is always exciting to renovate a building with such an interesting history and bring new, vibrant businesses into a structure that has been vacant for so long.”

No businesses have been announced for the building.

“As is consistent with our development strategy, our tenants make their own announcements,” notes Hughes. “When restaurant and office tenants are ready to announce, they will do so on a schedule that is optimal for them.”

The history of the Ensor Building, written as part of USC’s “Digitizing Bull Street” initiative, Lara Hammond notes, “The Ensor Building was completed in 1939 and served as a research laboratory for the Ensor Research Foundation. The building was named after Joshua Fulton Ensor, who was the second superintendent of the campus from 1870 to 1877. The intentions of the Ensor Research Foundation, founded in 1945, from the beginning were to make improvements in mental health patients and health in general.”

The Ensor Building at BullStreet is located at 2180 Boyce St., Columbia.