Connectivity a goal of Columbia developers

A four-person panel of developers, architects and real estate professionals talked about the area’s challenging tax structure and the attributes that separate Midlands markets from competitors such as Charleston and Greenville during the Columbia Regional Business Report's Power Breakfast event on Thursday. 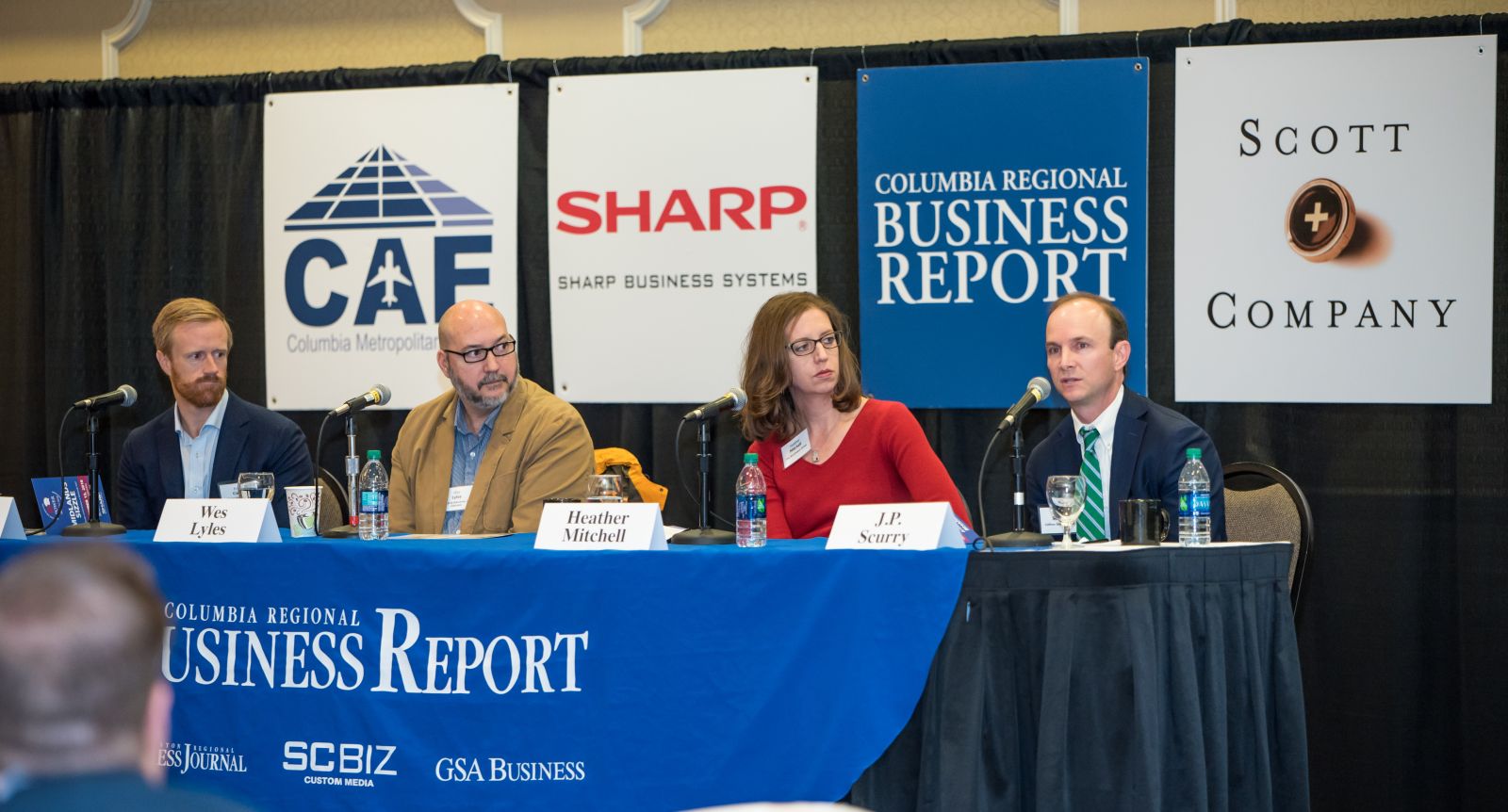 One area seeing steady growth is Cottontown, a section of downtown across Elmwood Avenue where new shops pop up regularly along North Main Street and its arteries. One of the businesses the area attracted is architecture firm Studio 2LR, which relocated to a building built in 1938 at the corner of North Main and Confederate Avenue in 2016 after 10 years in the Vista.

“It’s perfect for what we want to do,” Studio 2LR president Wes Lyles said. “The attractiveness is the neighborhoods, the costs, and there are some really cool buildings. There’s a lot of good things going on out there.”

Lyles enjoyed the benefits of his company’s previous Vista location, including the many restaurants within walking distance, but lower rents and a desire to be a part of the up-and-coming Cottontown district drew Studio 2LR across Elmwood.

The Cottontown area, while vibrant, illustrates a challenge facing the Columbia commercial real estate market. Unlike competing markets such as Charleston and Greenville, which have defined central cores, Columbia has several areas of revitalization and growth that are somewhat fragmented, the panelists said.

“In Columbia, we are blessed with lots of centers of activity,” said Heather Mitchell, president of architectural firm The Boudreaux Group. “You’ve got the Vista, you’ve got Five Points, you’ve got Main Street, you’ve got the river, and they’ve all kind of come up a little bit, but there’s not been one focus where Columbia developers (or) the city can put their money and make it work.”

Columbia’s growth centers are less connected, she said, in part because there’s not enough density and infrastructure such as pedestrian walkways to ferry foot traffic across busy streets such as Assembly and Huger, where redevelopment is also spotty.

“The city’s really got to keep growing and fill in between all those areas to make this vibrant, walkable city,” Mitchell said.

Lyles said Columbia’s delineated growth centers are part of what gives the city its identity.

“Columbia has a lot of different areas that have grown up and have distinct personalities,” Lyles said. “That’s a good thing. I always think about it that Columbia is more like New York than Greenville and Charleston, just because of the way we have these little boroughs.”

J.P. Scurry, a vice president at Colliers International, said the Midlands’ economic base of higher education, state government, health care and insurance keep market peaks and valleys less pronounced than in other metropolitan areas, though he and other panelists pointed to one issue as restrictive for investment in the Midlands.

She said business leaders are having conversations about taking on the tax issue politically and delving into the numbers to try and change the tax structure.

“Developers can’t make the performance work when you add property tax to it,” she said. “It just doesn’t work, and they go elsewhere. I think that’s a big structural issue for us to tackle.”

The panelists agreed that developers must communicate early and often with municipal leaders in order to make sure all parties identify and understand growth priorities.