The old saying “When one door closes, another opens” is coming to life on a regular basis as of late in Columbia’s Congaree Vista.

In 2019, three hospitality-related businesses announced they were closing their locations in the Vista: Flying Saucer, Newk’s and Casual Pint. All three were national chain bars and restaurants, which could suggest drinkers and diners in the Vista prefer local options. However, Nonnah’s, a longtime local destination for dessert, also closed in November after 23 years in the Vista.

“People are seeking out more local and farm-to-table type of restaurants, and those seem to be the ones that are thriving right now,” said Matt Kennell, CEO and president of City Center Partnership, a nonprofit which works to promote downtown economic development. “I think it’s an evolution. It’s a new trend. I’m not sure where it’s going to go, but there is a churn. People are leaving and other businesses are opening.” 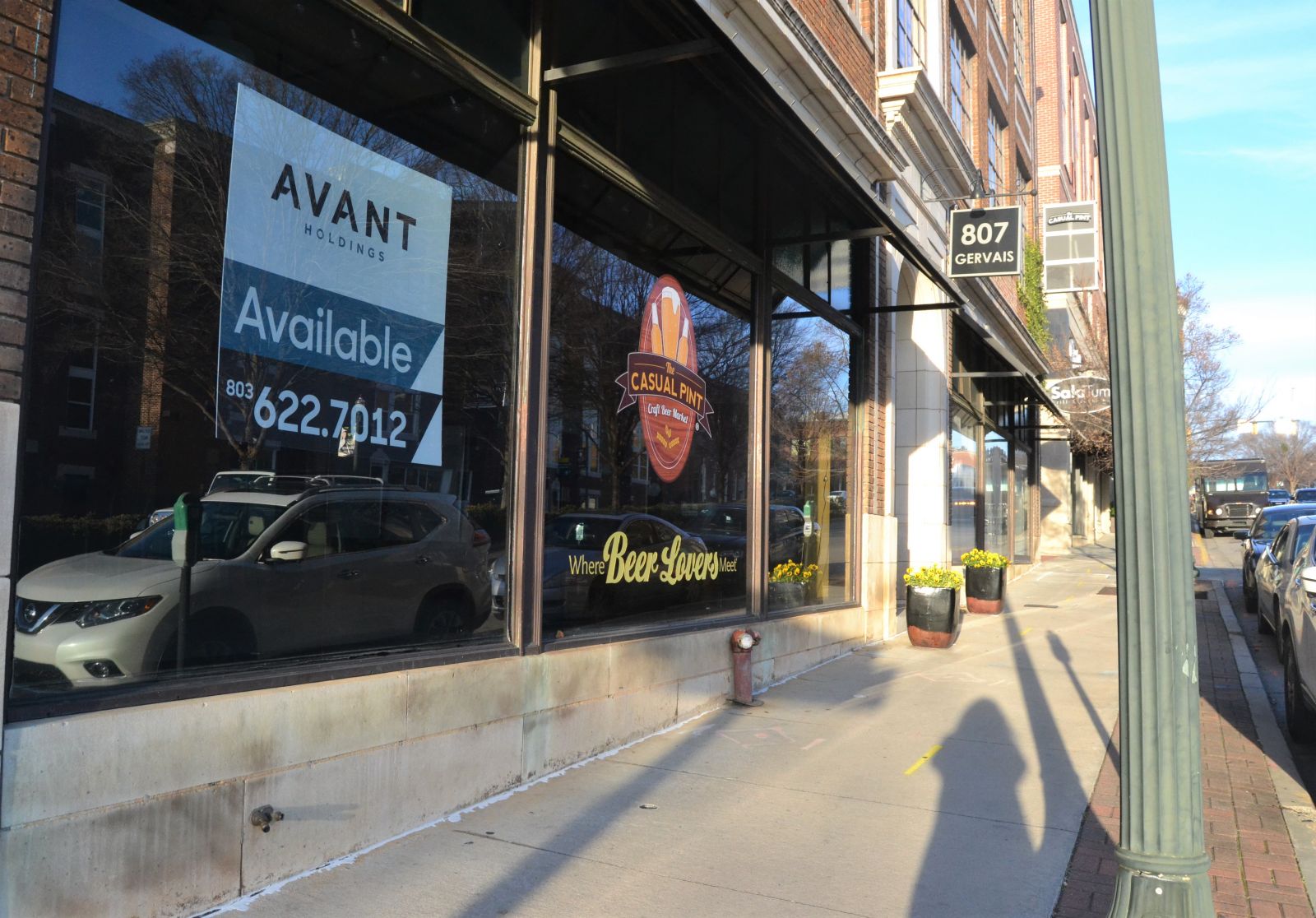 But while changing tastes may be part of a larger trend, Kennell views a certain amount of businesses turnover as normal ebb and flow.

“I think it is business as usual that restaurants come and go,” he said. “It seems like that’s always occurring.”

At the time it opened in Columbia about 16 years ago, Texas-headquartered Flying Saucer Draught Emporium was one of the few area bars that offered a variety of beer. Knoxville, Tenn.-based Casual Pint, a regional chain featuring 30 beer taps and a selection of bottled beer, opened on Gervais Street in July 2016, near local brewery Twisted Spur, which opened two months earlier.

Competition came quickly thereafter. Columbia Craft Brewing Co., a brewery at the corner of Greene and Huger streets, came on the suds scene later in 2016, while on Shop Road, River Rat Brewery expanded its space and production. In December 2018, Steel Hands Brewing joined the party in Cayce.

Increased options play a role in establishment closings, as do other factors such as a lack of parking, poor management or ownership changes. Another key component can be density — the number of area residents living in an area and its resulting commercial activity, said J.P. Scurry, senior vice president of Columbia real estate agency Crosland Barnes Group.

“I do think we’ve had a lot of restaurants open in the Vista over the past five, six years,” Scurry said. “And I do think we need more density in our downtown, and particularly in the Vista, to support those restaurants that are there, and support the ones that we hope to attract to the area. As you add restaurant seats, you want to be able to add people to sit in the seats.”

More density could be on the way. Last August, the city of Columba granted a height variance that paved the way for the construction of an 11-story Hotel Anthem, a boutique hotel that is part of the Hilton Tapestry brand and being developed by Columbia-based Arnold Companies. And a new student housing complex on Huger Street is under construction that will be home to 486 students “and their parents’ credit cards,” Kennell said.

Scurry agreed with Kennell that recent closings are natural business turnover. “Some stay open and stay open for a long time, and some open and close,” he said.

The fluctuation in the Vista could also be because of cyclical changes in demand for space. Colliers International brokerage associate Paige Bryant has noticed a retail trend toward downsizing. When retail and restaurant clients are looking for space, they’re not looking for as much space as they did a few years ago, she said.

“We’re seeing a lot of businesses downsize,” Bryant said. “We just don’t see people taking on big spaces anymore because it’s a lot to manage, but also, it’s extremely costly. If there’s a way for them to downsize, they’ll do it, but in a space like Newk’s (that can’t be subdivided), they can’t.”

“It varies from concept to concept, but I do think there certainly seems to be a trend to make spaces more efficient and to provide a more lively atmosphere,” Scurry said. “As opposed to a very large space that’s half-full, maybe a smaller space that’s full all the time.”

“One of the big pieces of it is, ‘How much space can we take and still make our numbers work?’, because the reality is you can’t just give away space,” she said. “You’re always going to have to pay a certain rate per square foot on those deals.”

Also playing a role in what businesses come and which ones stay is the nature of those businesses. Kennell said landlords like renting to chain restaurants because they’re credit tenants backed by corporate dollars. While that may not necessarily guarantee success, it can open the door to achieving it.

“Oftentimes they’re appealing to landlords because they are part of corporations and have big credit,” he said. “I think there is room for chains in the market.” 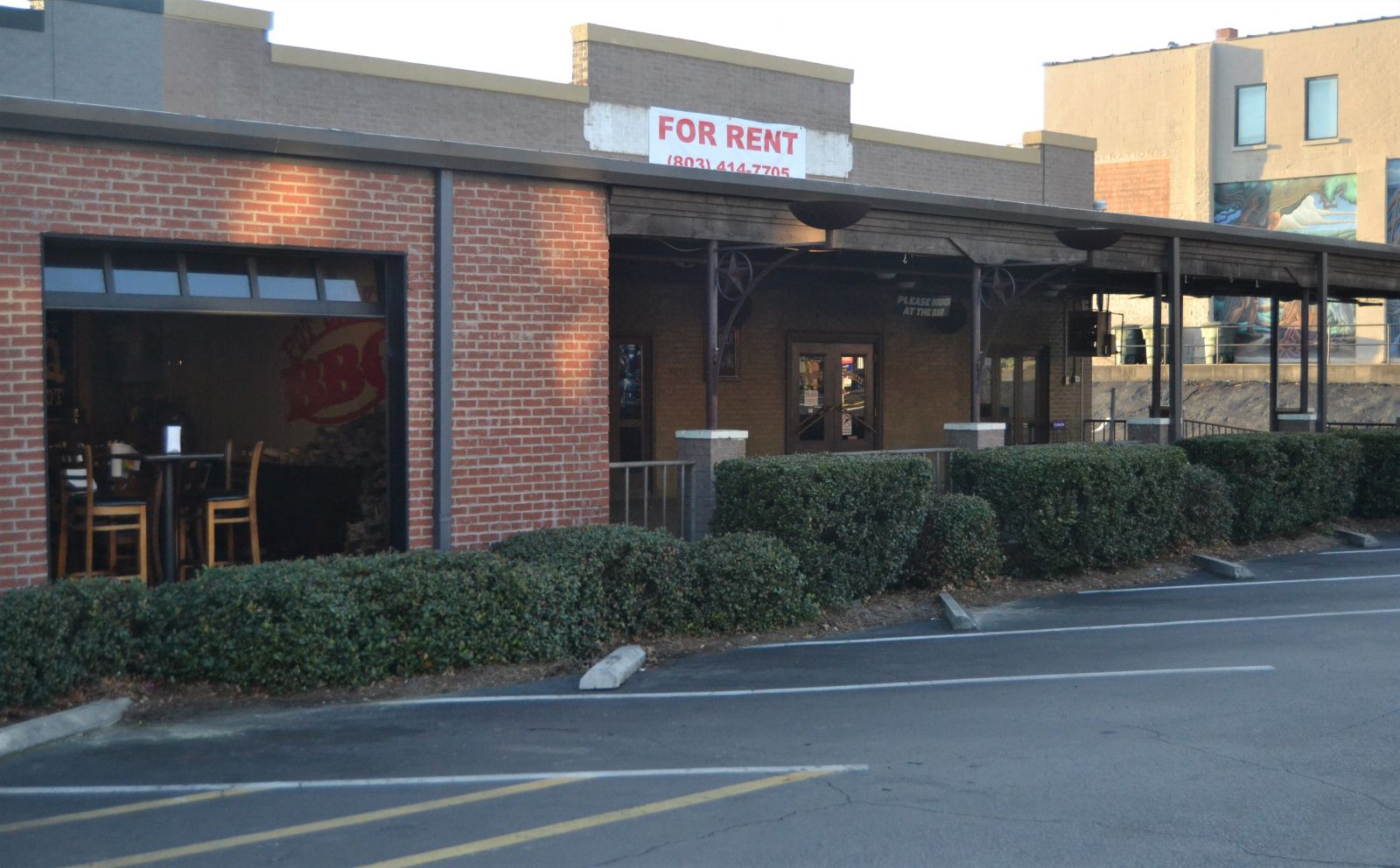 Developers anticipate that the planned Hotel Anthem, along with Junction 800, a 16,000-square-foot entertainment venue announced last September by the Arnold Companies to occupy the former Jillian’s space in the 800 block of Gervais Street, will continue to spur Vista growth.

“Those should help tremendously,” Scurry said. “I think any time that we can add residential, whether that’s in the form of apartments or hospitality in the form of hotels, that, along with office space and office users — those are big boosts to the restaurants.”

With all the current development throughout Columbia, the Vista is competing with other areas, including Main Street, Five Points, the BullStreet District and a burgeoning restaurant and residential scene in West Columbia. All offer similar amenities such as historic reuse, large spaces, major traffic corridors and public transportation access.

The common goal developers share in all those areas is not only to lure people to town but to get them to stay. An advantage the Vista has, they say, is the variety of options, whether they be long-time fixtures or new fads, that the district offers.

“The Vista doesn’t ever stop,” Bryant said. “You’ve got people who are going to go down there for lunch and — should they be able to find parking — they may stay down there. They may go get their hair done. They may go shopping. You’ve got Publix down there. You can get everything you need there during the day. At night, not only can you go get a bite to eat, you can go get a dessert at Kaminsky’s and you can take it down to the Craft Axe (Throwing) and throw some axes.”