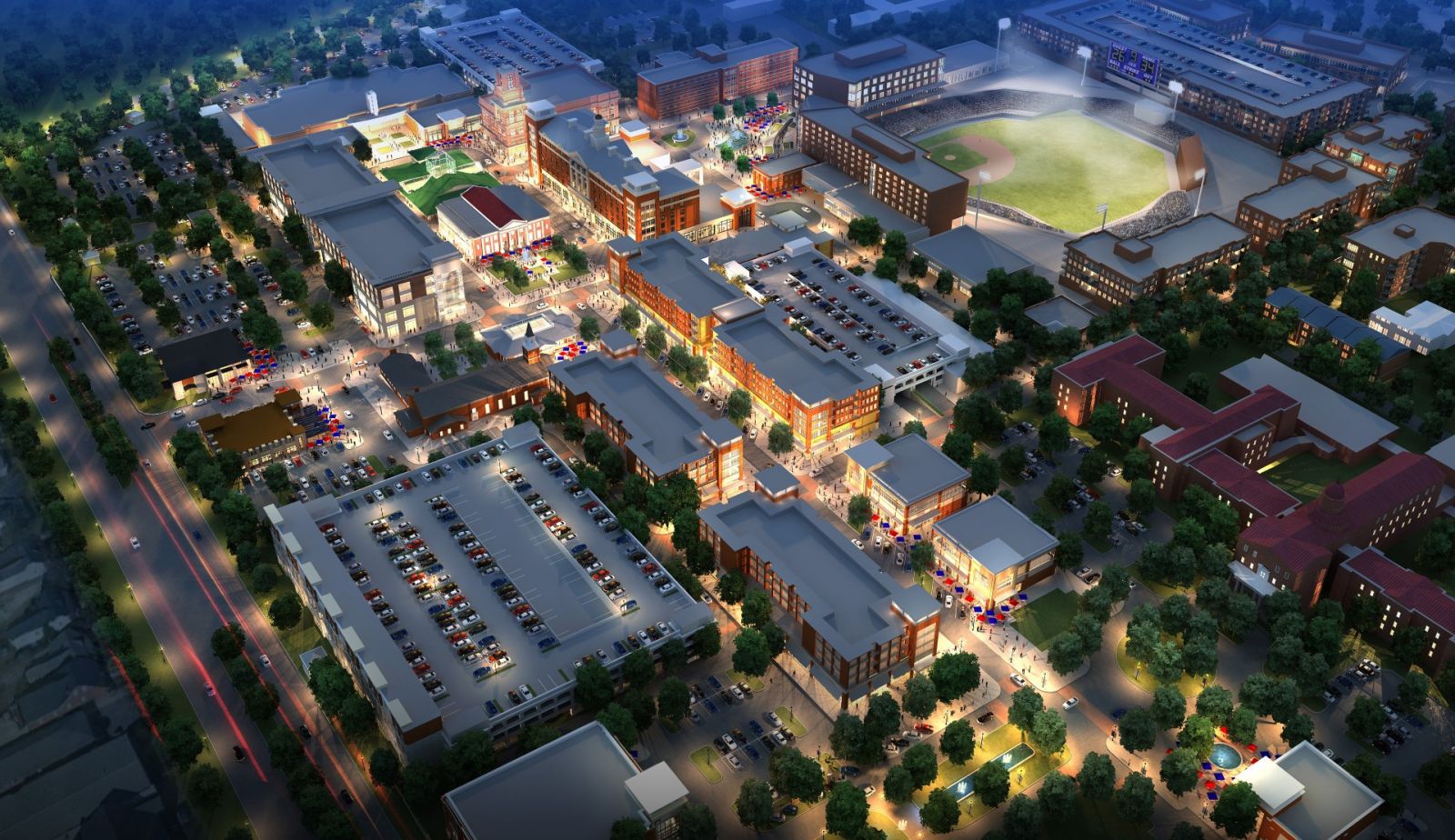 The BullStreet District has picked up momentum in the last 14 months despite the COVID-19 pandemic, with a new brewery on pace to open next summer and demolition for the University of South Carolina’s new medical school campus completed.

“There are seven construction crews onsite right now,” Cox said. “There’s definitely a lot of activity going on out there.”

Cox also said demolition on university-owned buildings on the planned campus of the new medical school has been completed. In March, the university’s board of trustees voted to allocate $4.2 million toward the proposed 16-acre site, which would include a 130,000-square-foot medical building and a separate 162,000-square-foot research building and lab. The estimated $300 million project is also awaiting funding from the S.C. Legislature.

The current circa-1930s building on Garners Ferry Road, leased from the Department of Veterans Affairs until 2030, needs an estimated $75 million in upgrades.

“In my humble opinion, I think one of the most underutilized assets we have in Columbia is the medical school,” said Carl Blackstone, president and CEO of the Columbia chamber, who expects around $55 million to be allocated to the project from lawmakers. “We cannot attract the talent that we need in an old, rundown building.”

Cox said the medical school could be the first constructed post-pandemic, with opportunities to focus on cutting-edge design to support learning and research.

Other ongoing infrastructure changes, including the connection of Freed Street to Bull Street, Boyce Street to Colonial Drive, and the installation of a new traffic signal as new tenants such as REI Co-op and Starbucks have opened their doors have made BullStreet more accessible to visitors and the surrounding community, Cox said.

Discussions are ongoing with other retail tenants, including restaurants that could fill the space next to Segra Park vacated in February 2020 by BullStreet’s first restaurant, Bone-In Barbeque, but nothing is ready to be announced yet.

“What we’ve learned from COVID-19 is the desire to congregate – there really is an emphasis on great gathering space,” she said. “We’re talking to a lot of developers, none that I can say, but stay tuned.”

Cox also said a “food and beverage concept” is planned for the former chapel on the BullStreet campus.

“We’re excited to be able to honor his legacy,” Cox said.

The Babcock Building is the centerpiece of a planned 208-unit luxury apartment complex in the district. That project, threatened by a September 2020 fire, saw renovations begin in December 2020 after key federal funding was secured and is on pace to welcome its first residents by early 2022, Cox said.

“There were some questions for a while about whether it was going to be able to go forward,” she said. “Did it still qualify as a historic project? The determination was made that it did.”

Cox said that the master plan of the BullStreet District has focused from its inception on “new urbanism,” or “an emphasis on people, not vehicles,” she said. “The goal is, you come to BullStreet, you park your car. You might not even know where you want to go, but there is always something interesting to do.”

That philosophy will be exemplified in the lawn of the WestLawn Building, an office and retail building scheduled to open behind Starbucks next April. The planned green space at the end of Pickens Street will be open to public and is “intended to be the heart of the public space of BullStreet,” Cox said.

Cox also said TownPark at BullStreet, a phased townhome development, has entered its third phase. Those tenants, along with the residents who began moving into senior living facility Merrill Gardens in July 2020, make up a portion of the 2,000 to 3,000 people Cox eventually envisions living at BullStreet when the 20-year buildout is complete.

While the initial BullStreet design charrette called for up to 3.3 million square feet of commercial space and 3,553 residential units, Cox said those plans, as is typical in projects, have been somewhat fluid, responding to consumer demand and developer interest.

“For us, it’s been less about what the master plan was like and move about where the market is taking us,” she said.

Initial construction is also underway on two parking garages, one a 220-car structure and the other a 660-car structure, Cox said, and both should be open next year.

The COVID-19 pandemic has made developers even more flexible, both in timelines and in building design. Cox said there has been a renewed emphasis on outdoor space and amenities such as touchless elevators.

“Everybody has done a lot of evaluation on the direction they’re heading,” she said.