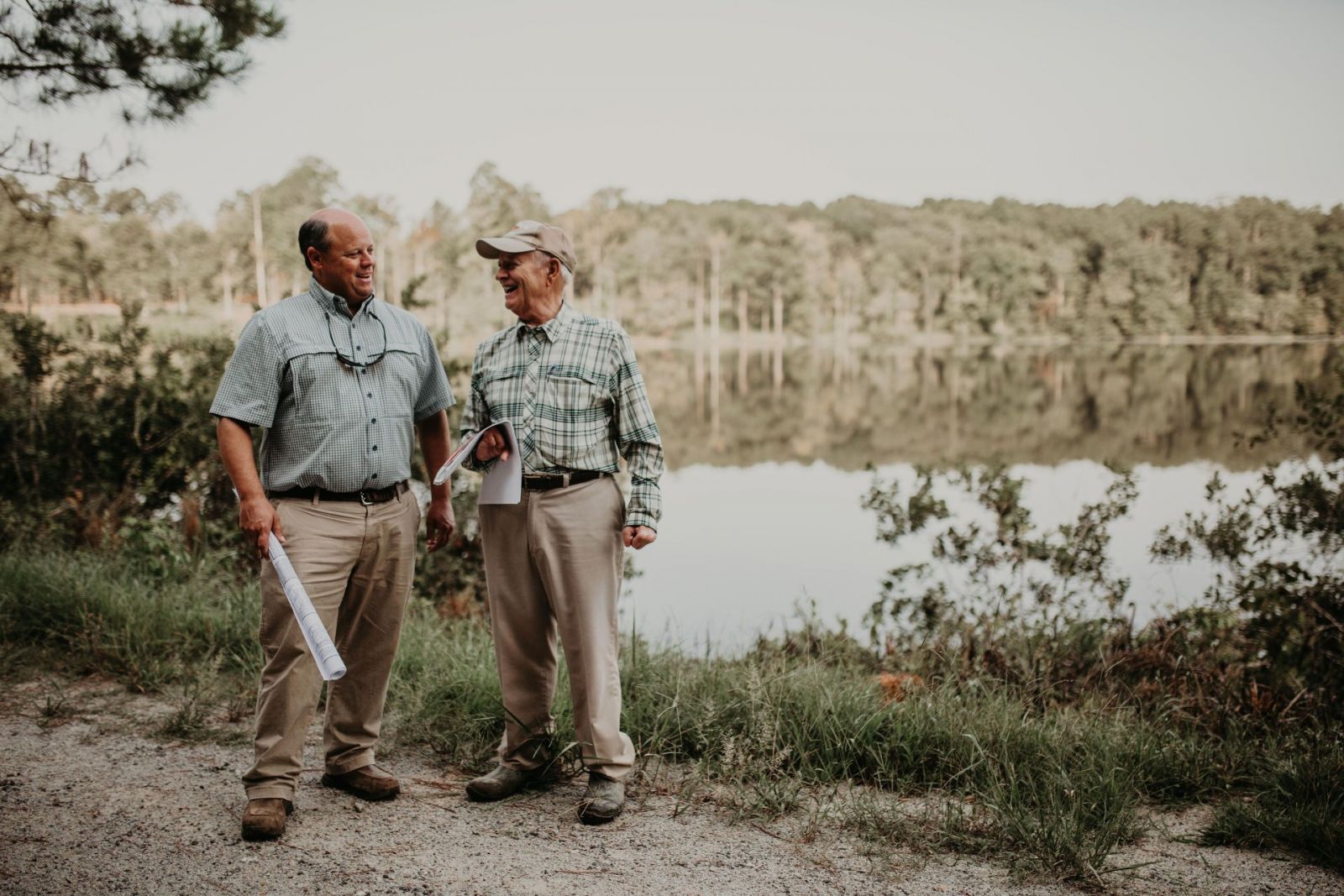 Twenty years ago, Tom Milliken sat on a Blythewood porch and rocked.

He had a vision for land surrounding the house where he was occupying a rocking chair. He would have to get it under contract three times and keep an assemblage of nine landowners on the same page for almost two decades, but eventually, that vision would come to fruition in the form of the $26.2 million, 1,348-acre Blythewood Industrial Park.

“Holding all these people together for all these years … Contracts would expire, but I would always go out and rock on the porch with all those people, take them a little something at Christmas, and stay in touch with all of them,” he said. “It took exactly 20 years to close from the time I ever set foot at somebody’s door. Any one person could have pulled the plug in the middle.”

The park, along Interstate 77 in northeast Richland County and completed in 2019 in a deal involving the county, is just one of the latest examples of the major moves Tom Milliken has been orchestrating for the better part of a half-century in the Midlands and beyond. Now senior broker and principal at NAI Columbia, specializing in commercial and recreational properties, industrial and investment land, and timberland, he has been a part of a firm that has gone through five mergers since it was founded in the mid-1960s by real estate pioneer Joe Edens.

Ten years ago, Tom Milliken was joined at the firm by his son, Tombo, and the duo has been the driving force behind some of the Midlands’ biggest — and most complicated — commercial real estate deals ever since.

“I always wanted to be in the real estate business. I never thought that I could afford to be in the real estate business,” said Tombo Milliken, who worked in employee benefits for 19 years before insurance changes in the wake of the Affordable Care Act in the small- to medium-sized market he specialized in made him rethink his career. Though the commercial real estate market was still depressed from the Great Recession of 2008, he decided to make the move — slowly.

“It took us one year to come to an agreement,” said Tom Milliken, who didn’t want any potential business disagreements to trickle down into family life. “The first six months or so it was just once a month, and then we started having longer and more serious conversations. I will say in going on 11 years we’ve not had a disagreement over real estate in this entire time, because we really thought it through.” 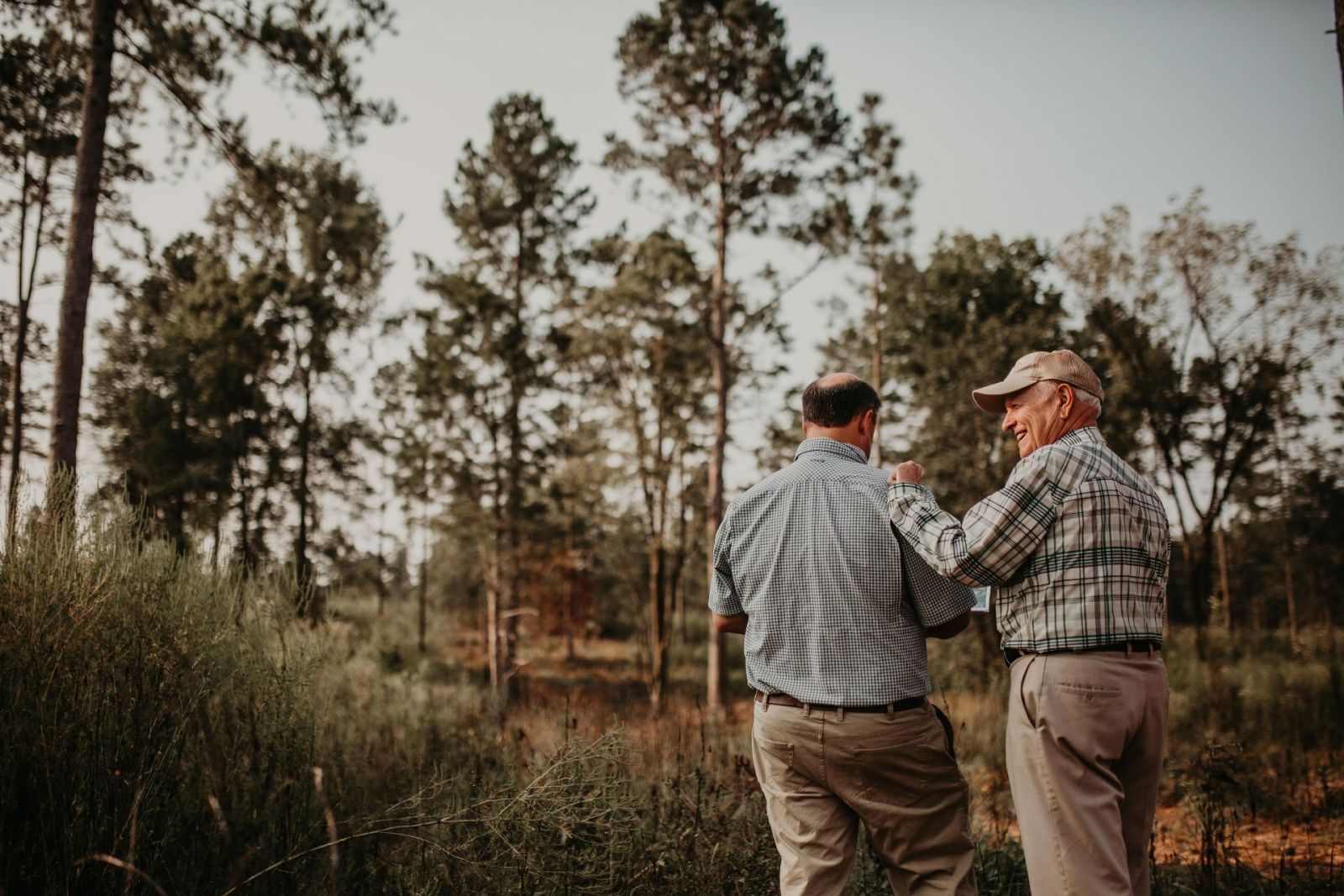 The Millikens’ professional partnership is a manifestation of a personal connection to the outdoors that began when Tom Milliken started working for his father, a consulting forester, in high school. That experience taught him how to calculate land and timber values and fostered a lifelong love for the land.

“I grew up where table talk was the outdoors (and) with unbelievable opportunities to visit properties,” said Tom Milliken, whose license plate reads ACREAGE and who often takes his grandchildren hunting for deer or duck on his farm.

That affection for acreage is an inherited trait in the Milliken family — no relation, by the way, to Upstate Millikens of textile fame and wealth.

“If it’s on dirt, we’re probably dealing with it,” Tombo Milliken said. “I’ve always said that we may be on the Congaree River showing property, looking at an alligator and a cottonmouth that morning, and we may be working with economic and commerce (departments) in the afternoon.”

Tom Milliken helped ensure that contacts in any sphere would remember his son’s name when he decided to call him after a good friend’s brother.

“When he was very little, we threw Tombo at him, and it picked up,” Tom said. “When you have a name like that when you call somebody, it’s pretty unique. You don’t know another Tombo.”

Behind the big deals

The Millikens took a recent jaunt to scout what Tombo calls “a classic Milliken property,” nearly 400 acres in Fairfield County. The land is, as Tombo says, “in the path of progress” at an I-77 interchange across the road from the Fairfield County Industrial Park between Northeast Columbia and Charlotte.

“It could be commercial, the prime corner,” Tombo Milliken said. “It could be residential one day. It’s one of those that could go any number of ways.”

Like many of the properties that attract the Millikens’ attention, Tom Milliken has a history with it and its owner.

“When I started with this company almost 46 years ago, that was one of the very first showings I ever went on,” Tom said. “It was a cattle farm, an old pasture. The gentleman who owned it lived across the street from me here in Columbia.”

Managed for timber for many years, the property is being sold by a new owner is looking to attract investment, and the Millikens are on the hunt to find it. 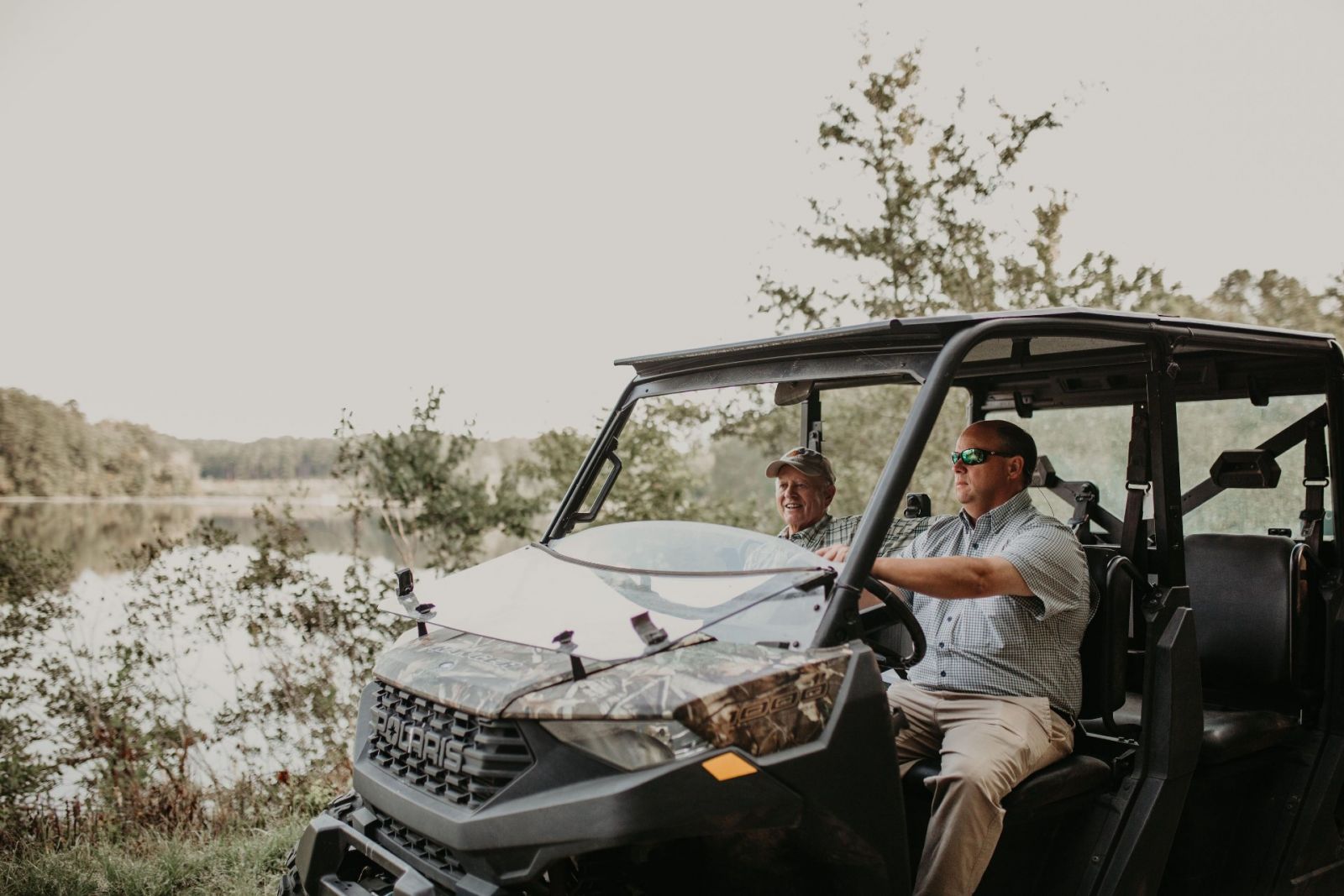 The father-son team goes about such tasks in several ways. Some assemblages, like the Blythewood Industrial Park and the 800-acre Pineview Industrial Park now home to Mark Anthony Brewing’s $400 million production facility in addition to China Jushi, are put together at the request of county or state economic development organizations.

Another high-profile area project, the 500 acres now occupied by Nephron Pharmaceutical Corp. and an Amazon distribution center in West Columbia, was quietly assembled by Tom Milliken for Lexington County.

The Millikens also work on behalf of private clients in search of commercial, industrial, residential, mixed-use, timberland and recreational properties. Another Fairfield County property has been sold to Luck Stone Corp., a natural stone exporter with a plant in Kershaw County, which has applied for a permit to mine granite on 500 acres. The pair has also become heavily involved in recent years with utility-scale solar projects.

The team also works on land mitigation projects, some of which involve dozens of properties and stakeholders and require more than a working knowledge of legal, environmental and other issues. The Millikens assembled land and represented the seller of more than 2,500 acres at Goodwill Plantation in Eastover in a multimillion-dollar mitigation plan created to offset the future environmental impact of Haile Gold Mine.

The mine acquired the land at Goodwill Plantation, once the largest inland working rice plantation on the East Coast, for $20 million, in addition to Rainbow Ranch and Cook’s Mountain (1,131 acres, $3.8 million) in a multifaceted deal that took four years to complete. More than 400 representatives of state and federal agencies, environmental groups, and the general public took 41 day-long tours of the sprawling land that is now part of the public-use Wateree River Heritage Preserve.

“(Haile Gold Mine) was in the middle of assembling land,” Tombo Milliken said. “They had 83 properties with 69 landowners (and) a plan on the table that was not very popular with anyone. We were Plan B. (The deal) kind of satisfied everyone to the extent that everyone could be satisfied, including the public.”

‘I’ll work till I can’t crawl’

The COVID-19 pandemic brought new challenges to the Millikens’ job of making as many folks as happy as possible, but also some benefits. There has been an uptick in people looking for rural recreational property, while residential interest in Lexington and Richland counties remains strong, the team said.

The office market, “shaken up pretty good,” is “starting to return to some normalcy,” Tombo Milliken said, while the retail market, which came to a screeching halt, is recovering. Land demand has only increased, and the industrial market continues to see inventory shortages as the need for production and distribution space has continued unabated.

The pandemic is the latest challenge the Millikens have met together, merging their different though complementary styles. While Tombo’s cell phone scarcely stops ringing, Tom describes himself as more old-fashioned, though his son says he’s equally competitive.

“Tombo and I work a lot different. He works a lot of things at one time,” Tom Milliken said. “As my years go on, I work large properties. Tombo — he’s where I was 25 to 30 years ago with the phone ringing off the hook, just busy busy busy, from the time he wakes up in the morning, emails flying, texts. That’s not me anymore.”

The pair decide from the outset who is spearheading each deal they tackle.

“We have one lead dog on every project,” Tombo said. “It’s usually just whoever’s got the relationship with somebody. …. But if you get two lead dogs on one thing, they usually just end up kind of barking at each other, and you never get anything done.”

Whoever is leading the charge, every Milliken project begins with the same detailed analysis, compiled by NAI Columbia’s research specialist. 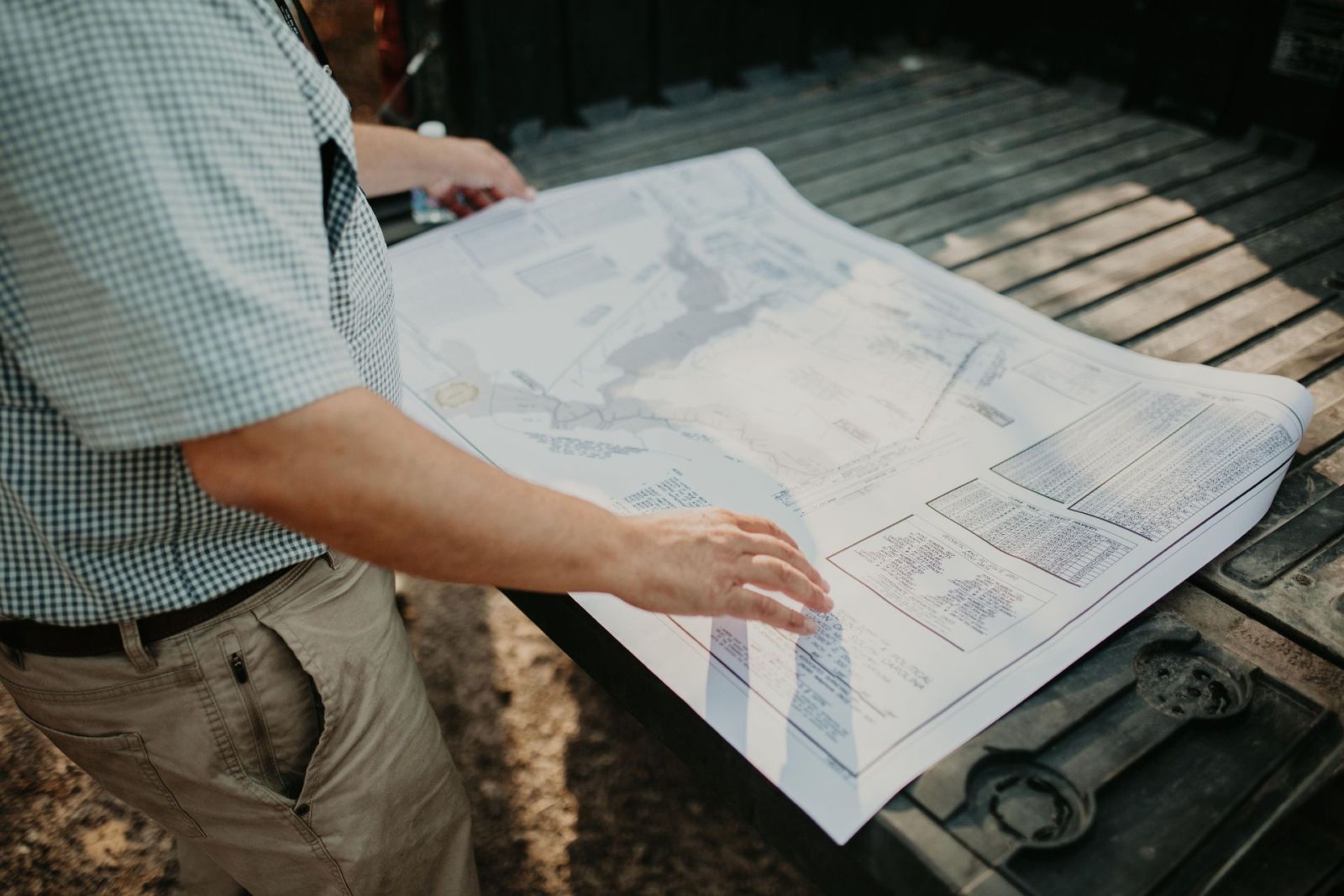 “We may know more about it than the landowner because they inherited it or they live out of state or they’re not outdoorsmen. … And if we list a piece of property, we go walk it. We find the corners. We find where the wetlands are, if there’s any issues.”

At age 77, Tom Milliken intends to keep taking those walks for quite a while.

“I’ll work till I can’t crawl, because I love it,” he said. “I don’t have any interest in retiring. I’m not a golf or tennis guy. ... I wake up every morning trying to not let the old man get in.”

Both Millikens find the most satisfaction in knowing they’ve helped clients find something suited to their needs, even if it sometimes takes a few showings to pinpoint what those needs are.

“There’s something about getting a phone call, or somebody comes in and sits down and tells us what they want, and two years later, you’re at a closing table, and they’re so excited that you’ve narrowed this whole wide world down to one piece of property or a group of properties,” Tombo said.

For Tom Milliken, his half century of success has been a matter of balancing an equation.

“What I’ve done all my life is gamble my time,” he said. “When you do these assemblages, you don’t know whether they’re going to close until the day they close. We work strictly on commission, and our work, on a daily basis, is all or none.

“In my mind, I have a little expression: putting a want and a need together. It’s very satisfying to have somebody ask you to sell something for them or find something they have in mind, and you go out and find what they want.” 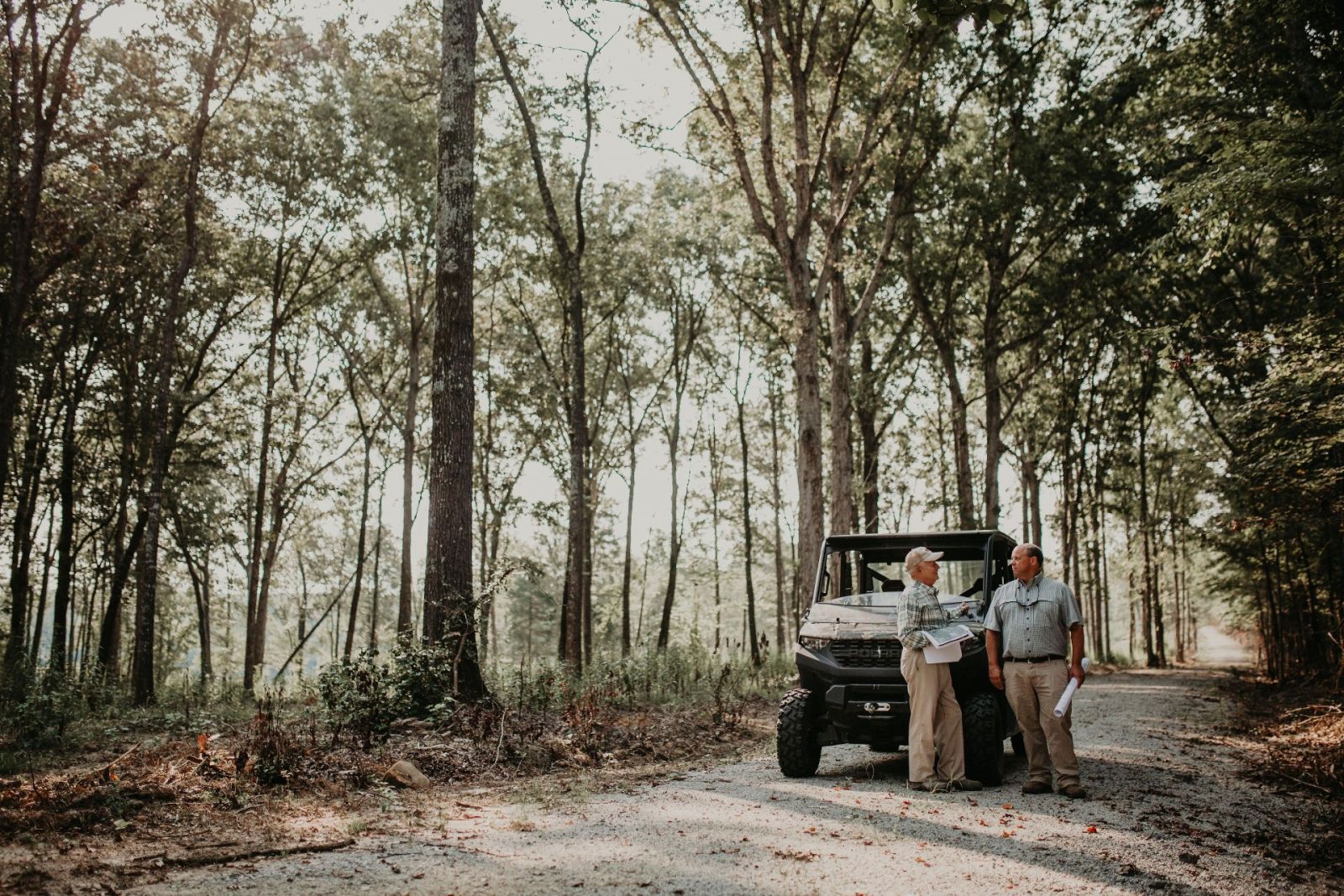 This article first appeared in the Sept. 27 print edition of the Columbia Regional Business Report.