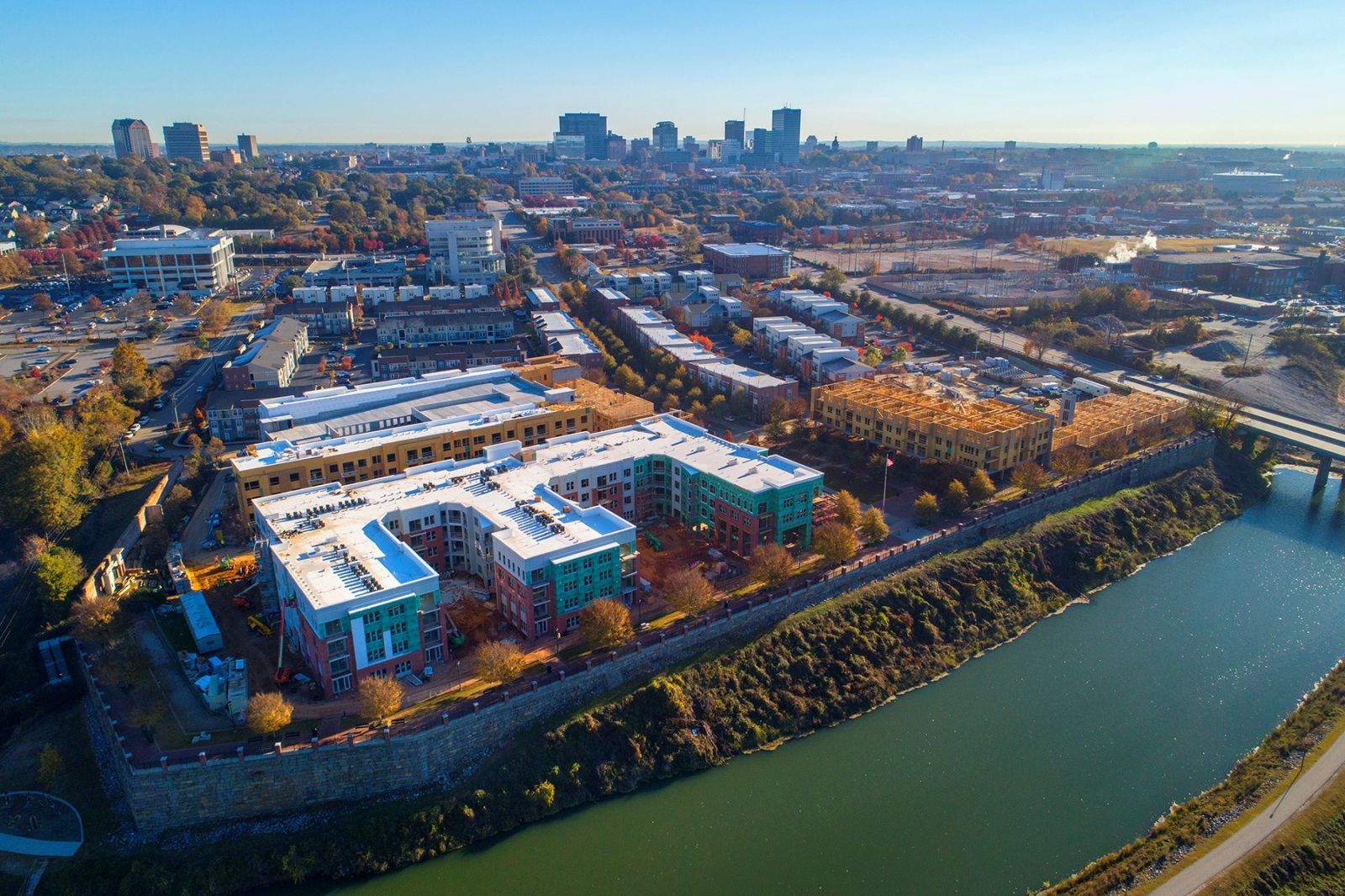 A record-low housing inventory in South Carolina and beyond, which has created a residential real estate market where buyers are purchasing single-family houses sight unseen and for tens of thousands above asking price, is having a trickle-down effect on multifamily housing as well.

Dan Doyle, senior vice president and COO of S.C. real estate developer The Beach Co., has never seen anything like it.

“Absorption is very strong. Leasing velocity is very strong, and occupancies are very high,” Doyle said. “I’ve been in the multifamily business over 26 years and I really haven’t seen a time where all three of those components are at the level that we’re experiencing today.”

The Beach Co. is based in Charleston and has properties in Columbia and Greenville. Its CanalSide mixed-use development on the Congaree River includes Sola Station, a residential community with spaces ranging from 621-square-foot studios to 1,465-square-foot, three-bedroom apartments.

The development, which began welcoming residents in 2017, has recently seen an influx of commercial tenants, including The Front coffee shop, which opened last year, with more to come, Doyle said.

“When we started, the whole idea behind that property was really to create a new neighborhood in downtown Columbia, and that clearly doesn’t happen overnight,” Doyle said. “We have seen three phases of development there. We now have over 700 rental homes in that neighborhood. … The residential has performed very well there. The point we’re at right now is, in the last phase we did there, we delivered 28,000 feet of commercial space, and so that’s really our focus now, is being able to deliver that last component that will truly make it a place where people can walk out of their home and go get a cup of coffee or go to a small market or restaurant, any number of uses that will come into play there.”

The Beach Co. also developed The Cardinal at Cardinal Crossing, a mixed-use community in Forest Acres, and Providence Park, a luxury apartment complex in Northeast Columbia.

Its Southeast portfolio stretches from Nashville to Savannah and includes The Factory at Garco Park apartment community in North Charleston, single-family development the Watermark in Mount Pleasant and mixed-use community Main + Stone in Greenville.

The majority of the company’s properties are “purpose-built residential,” Doyle said, with limited capability for expansion, despite increasing demand. Market momentum, though, has influenced some aspects of the company’s business plans.

The Beach Co. broke ground in May 2019 on a mixed-use development called Canvas in downtown Greenville. A portion of the property is a former office building.

“We decided to keep it office for a short period of time, just given there’s a lot of useful life remaining in the equipment and the building systems that were in place there,” Doyle said. “But as we see the market continuing to evolve, it’s given us reason to go back there and update the numbers.”

Residential demand is strong, and supply low, in every market The Beach Co. serves, Doyle said.

“A lot of really comes down to, we historically —and not just here in South Carolina but nationally — we have a shortage of housing,” he said. “We really need to see more housing built, both for rent and for sale.

“With the disruption in the supply chain that we’ve seen and the increase in material costs, my guys are having trouble keeping up with demand,” Building Industry Association of Central S.C. CEO Allen Hutto said. “You can’t get windows. You can’t get appliances. You can’t get garage doors. There’s a supply constraint on just about everything right now.”

Added to that is an increase in relocations, partly driven by rising work-from-home flexibility, to the Southeast, along with still-falling mortgage rates.

“Mortgage rates have been low since April 2020, and that really pushed a lot of people to refinance last year,” said Jan Hadder, regional vice president, builder division, in Silverton Mortgage’s Columbia office. “As people remained confined at home because of the pandemic, especially younger generations who were living in apartments, the desire to buy a home and get a little more elbow room increased. And with mortgage rates remaining low, the option for buying a home became even more appealing.”

The rub, though, comes from a simultaneous decrease in housing inventory, also fueled by workforce shortages.

“So we had this influx of people wanting to buy homes, but we didn’t have enough homes for them to buy  — simple supply and demand,” Hadder said. “That’s when we started seeing sale prices going up and people paying as high as 50K over asking price.”

A real estate axiom holds that commercial follows residential, and with the market surging, that’s being proven at The Cardinal development in Forest Acres and elsewhere, Doyle said.

“We’re seeing increased activity coming out of the pandemic,” he said. “Retailers are coming back to life, and people want to come into that location. It’s one of the best retail corridors in the state of South Carolina. We’re looking forward to what lies ahead.”

Doyle said a growing ability to work from anywhere is driving growth throughout The Beach Co.’s Southeast portfolio, including its three key S.C. markets.

“The growth that we’re seeing, whether that’s here in Charleston, Greenville or Columbia, is a direct result of just a change in lifestyle,” he said. “It’s a change in how people can work today. It is just a desire to live in someplace that has a better climate and potentially a lower cost of living. It could be taxes; it could be a whole number of things. But I think if you go to any of these markets, you’re going to see an influx of people that are either moving from the Northeast, the Midwest, the West Coast, and they’re realizing that hey, these places are really gems. They’re attractive. They match up with our lifestyle.

“You couple that with job growth and a whole number of other factors that make it more affordable, and I think it’s just a winning recipe.”

The diversity of the three markets also makes the mix work, Doyle said. Charleston’s tourism, technology and manufacturing industry bases create spikes in growth during economic booms but can see correlating drops during slowdowns, whereas Columbia has a more stable economic base built on government, education and the military.

“It balances our portfolio, because we know, while we may not see the highest of the highs that we’ll see in some of those other markets, we’re also not going to see the lows,” Doyle said. “Just like any investment portfolio of stocks or real estate, you’re always looking to provide balance. And so I think of the three primary metro areas in South Carolina as being able to do that.”

This article first appeared in the July 19 print edition of the Columbia Regional Business Report.