Ice cream for a cause: Treat to benefit children’s home

Columbia stores are being stocked with pints of an ice cream that date back to the Great Depression in an effort to raise money for a charitable cause.

“This ice cream is indulgence meeting benevolence,” Mackey said. “It is rare when a treat can be used to generate good.”

All profits from the sale of the ice cream go to Epworth Children’s Home. Started in 1895, the home provides live-in care for children and families in crisis. 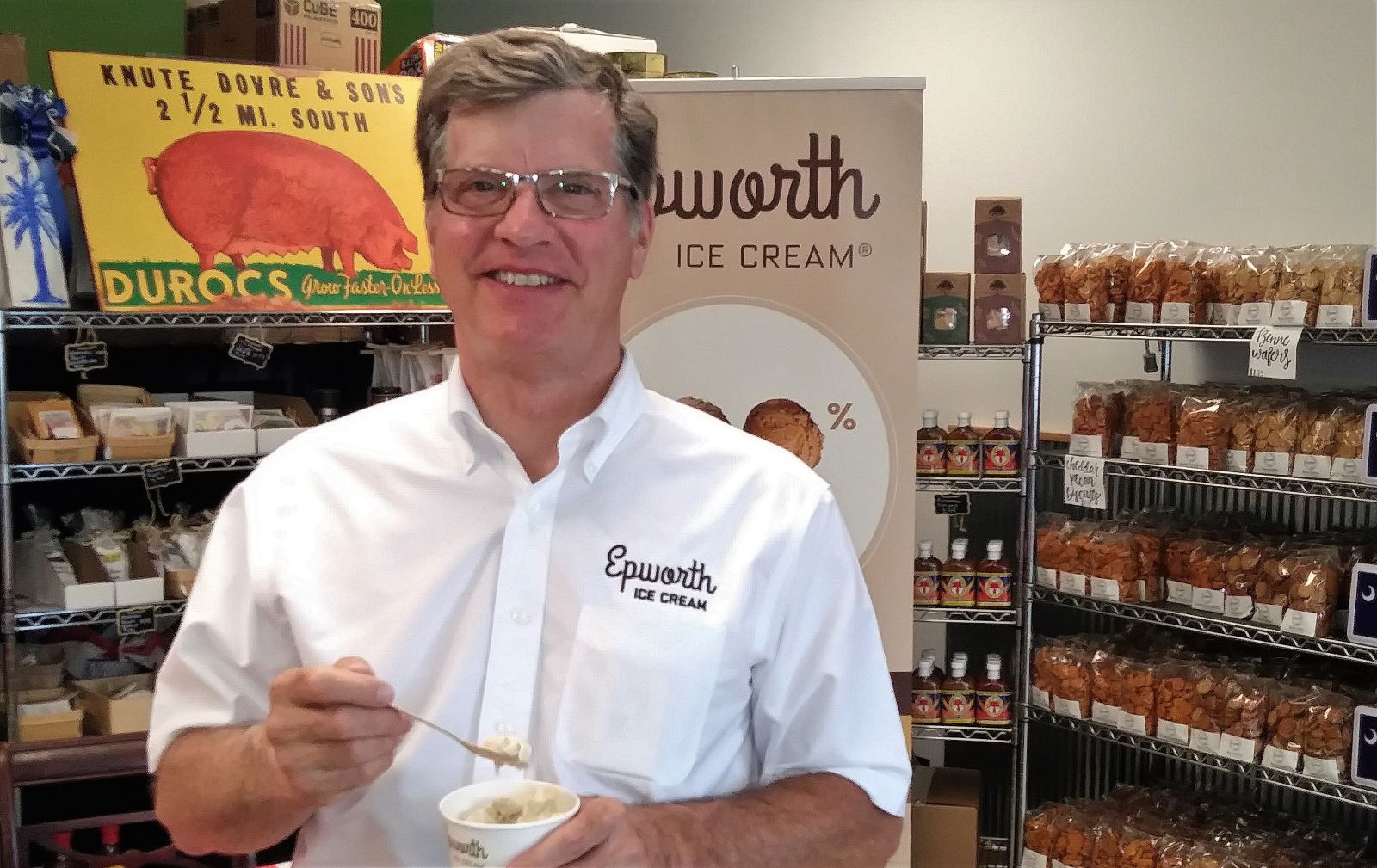 Andrew Boozer, vice president of development at Epworth, said the home has close to 80 children, most of them teenagers.

“The proceeds donated will be used to support our mission and give us a continued revenue source,” Boozer said. “We want to provide a place where we can help the children stay on track to complete high school.”

Boozer called the peanut butter ice cream “lore in reality.” He said it was created after the U.S. government peanut butter to Epworth as a nutrition source during the 1930s. Epworth, which had a working dairy that provided income for the school, combined the peanut butter with cream from its dairy to create the treat for holidays and special occasions.

Several years ago, the Friends of Epworth, a group of business leaders that raises funds for the organization, decided to create the separate, for-profit ice cream company to supplement other donation sources, said Mackey, who joined the group in September.

“Friends of Epworth formed the ice cream plan a few years ago,” Mackey said. “Rather than continue to ask donors for money, seek grants and rely on churches, they wanted to build a business that would generate profits for the home.”

The ice cream is made at Greenwood Ice Cream, an artisanal dairy in Atlanta which Mackey said specializes in small batches of ice cream. The peanut butter is a special recipe unique to Epworth; three other flavors being sold by the ice cream company — vanilla bean, vanilla and chocolate swirl with peanut butter cups and caramel with caramel-filled chocolates — are a collaboration between Epworth and Greenwood.

“We hope to be in other parts of the state by the end of the year, but we wanted to create a footprint in Columbia first,” Mackey said. “The ultimate goal is to form a regional brand that will generate a significant profit.”

The ice cream is currently being sold in a few stores around Columbia, including Crave Market at 2483 Millwood Ave. Mackey said Crave has sold out of the pints twice since it started selling Wednesday.

“We received more shares and likes on our Facebook than any other post we’ve ever had,” Brunty said about his store’s recent post touting the ice cream. “We have a great following on social media, and people are curious about the product.”

Brunty said the decision to stock Epworth Ice Cream was an easy one.

“Most of our products are local, and the ice cream is line with the products we sell,” Brunty said. “Plus, they’re our neighbor. It’s such a good cause and a great product.”

Epworth Ice Cream call also be found at Local Buzz at 141 S. Shandon St. in Columbia. Mackey said more stores will soon be stocking the ice cream, and those locations can be found at https://www.epworthicecream.org.